In 2012, our lab underwent some big changes! We went from having a classroom that doubled as a lab to getting some major improvements thanks to a grant written by Drs. Jeremy Smith and Gary Heise and other colleagues in Exercise Science (Drs. Hydock & Schneider). Here are some photos of the renovation:

From Classroom to Lab Space

Gunter Hall originally housed the men's and women's gyms. The original gym floor was found under the classroom floor! 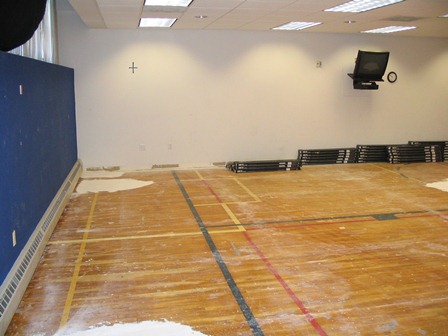 We have the key in the lab! 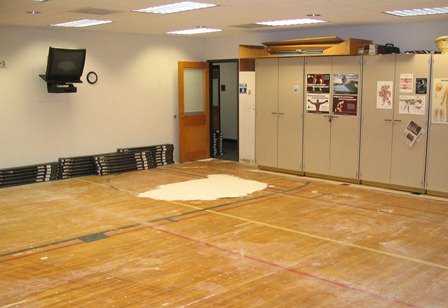 The new floor (and who doesn't have a pile of "stuff" after moving?) 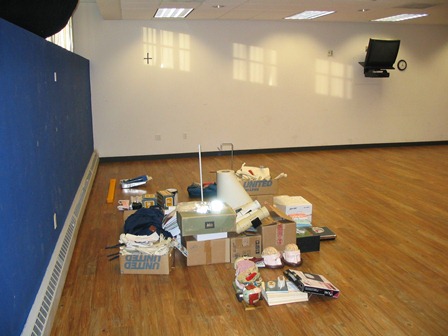 Ready to move in! 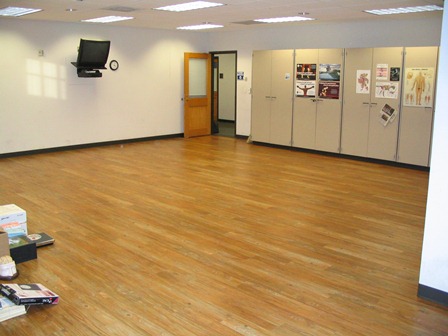 The new lab was outfitted with a 10 camera Vicon motion capture system.
In addition, we also have a digital video camera to capture video simultaneously with the motion capture. 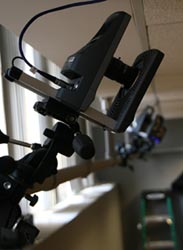 Preparing for the instrumented treadmill

During renovation a separate foundation was laid for the treadmill. 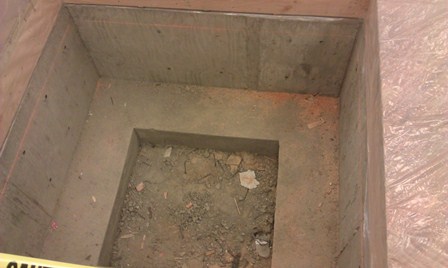 The foundation is actually separate from Gunter Hall. 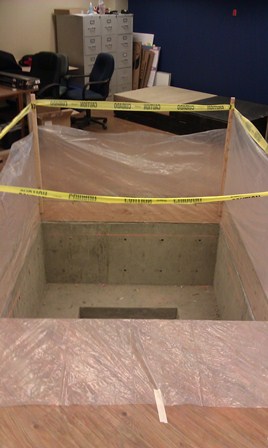 The treadmill is finally installed! 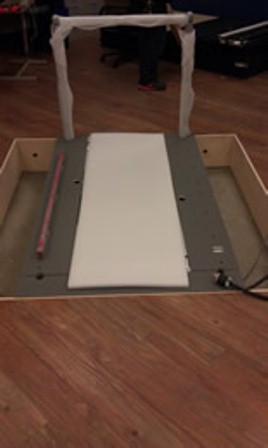 After the treadmill installation, and a fresh coat of paint, the lab is ready for some action! 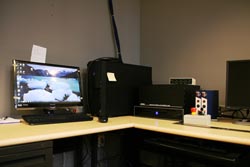 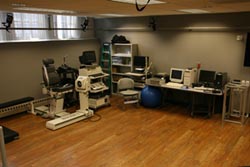 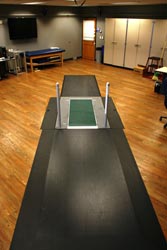