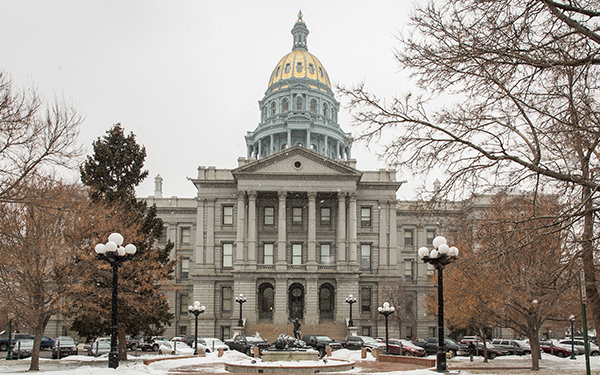 The University of Northern Colorado joined Aims Community College, the City of Greeley, the Greeley Chamber of Commerce, Greeley-Evans School District 6, and the Northern Colorado Legislative Alliance for the first-ever Greeley Day at the Capitol on Wednesday, Feb. 19.

During the event to more actively promote Greeley and discuss important issues, a recurring topic was the Aims2UNC partnership, a program that streamlines a path for students to transition directly to UNC after earning their associates at Aims.

The event is one of three legislative events that UNC and its partners collaborate on. In January, they hosted a legislative preview on campus. This May, a legislative recap will be held with elected officials and government relations staff.

"This was a tremendous event to highlight Greeley with our collective voice," said UNC President Andy Feinstein. "I want to thank our partners, our students who represented UNC and Greeley so well, and our elected officials for participating."

View photos from the event: 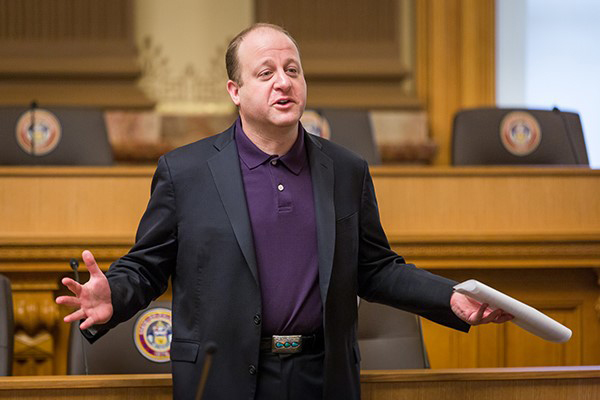 Gov. Jared Polis visits with the Greeley delegation in the Old Supreme Court Chamber
for a brief introduction following breakfast. 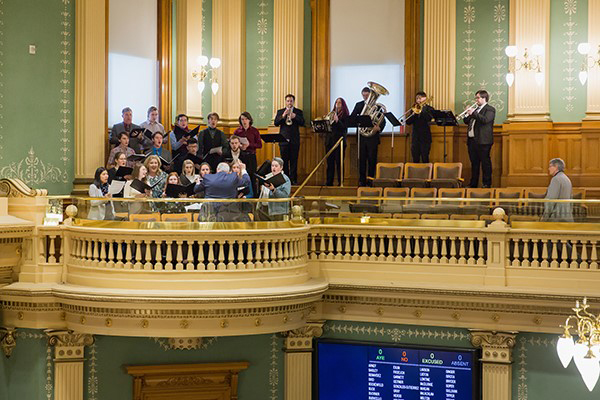 The UNC choir performs in the House of Representatives. 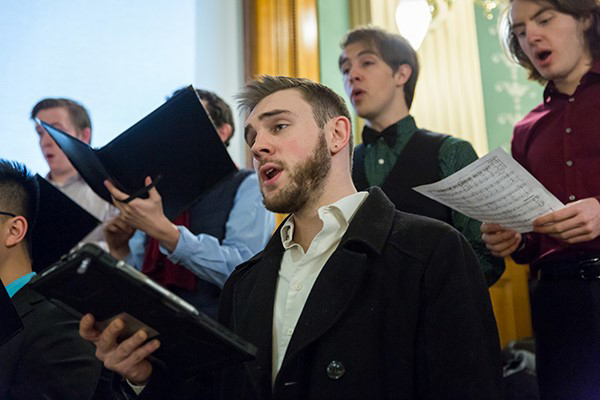 Jarek Makarchuk, a junior Music Education major at UNC, performs as part of the choir in front of legislators and visitors from Greeley. 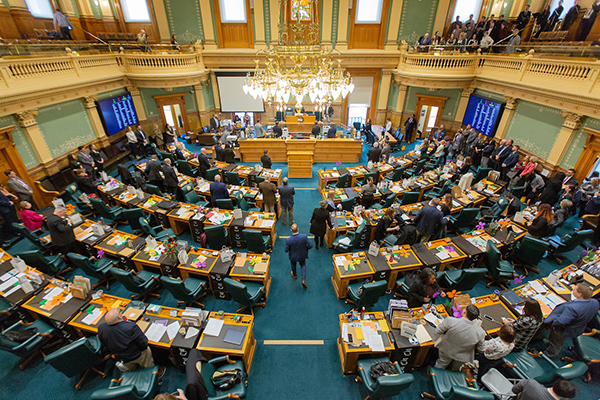 The Greeley delegation was split into two groups with one visiting the House of Representatives and another the Senate chambers. Greeley's Sen. John Cooke and Rep. Mary Young read recognitions from the floor of each chamber. 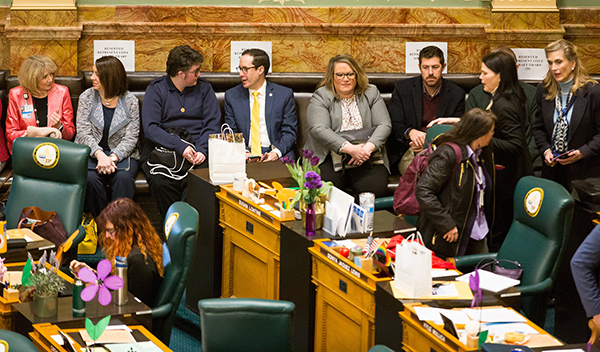 Representatives from Greeley sit in the Senate Chambers of the state capitol. 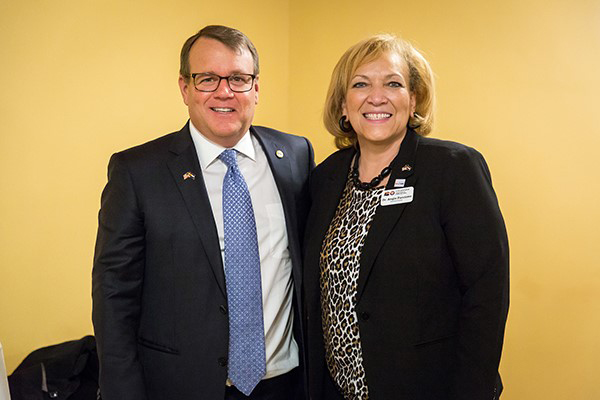 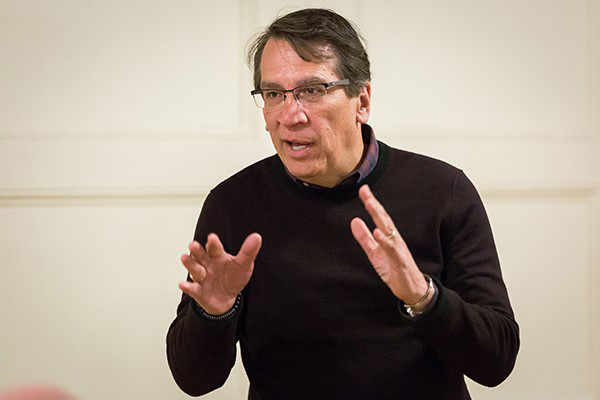 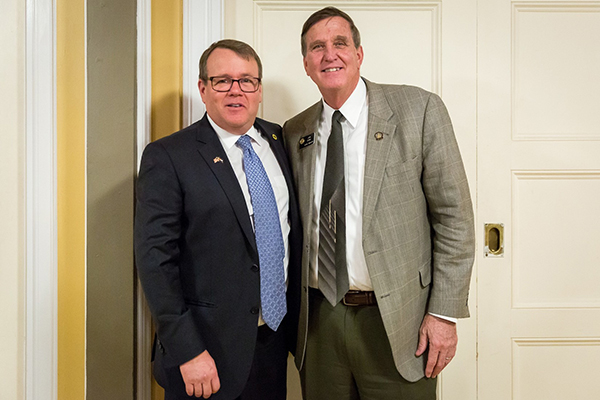 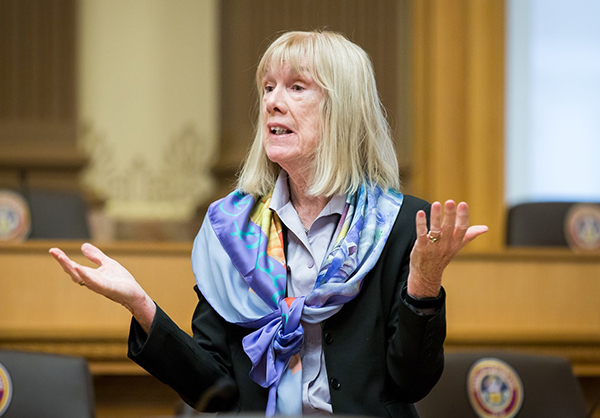 Rep. Mary Young also met with the visitors from Greeley to discuss topics
pertaining to Greeley. 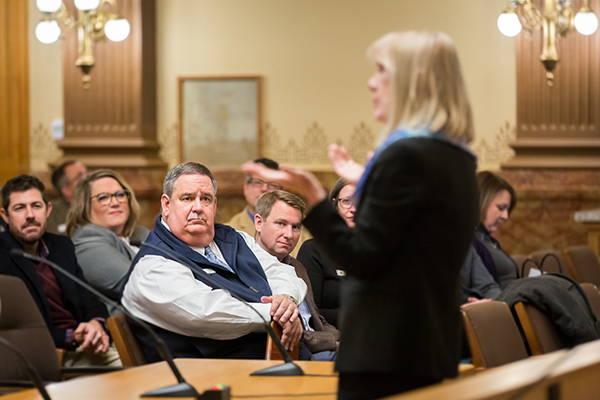 View Tweets and more photos of the event on Twitter: