In the recently released book Understanding Police Interrogation, William Douglas Woody delves into psychological science and legal theory to provide a better understanding of best practices for tactics and factors that influence confessions. The UNC professor of Psychological Sciences elaborates on the ramifications of confessions, the combination of integrated factors that can affect outcomes, and what can be done to ensure a fair and just process. 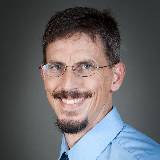 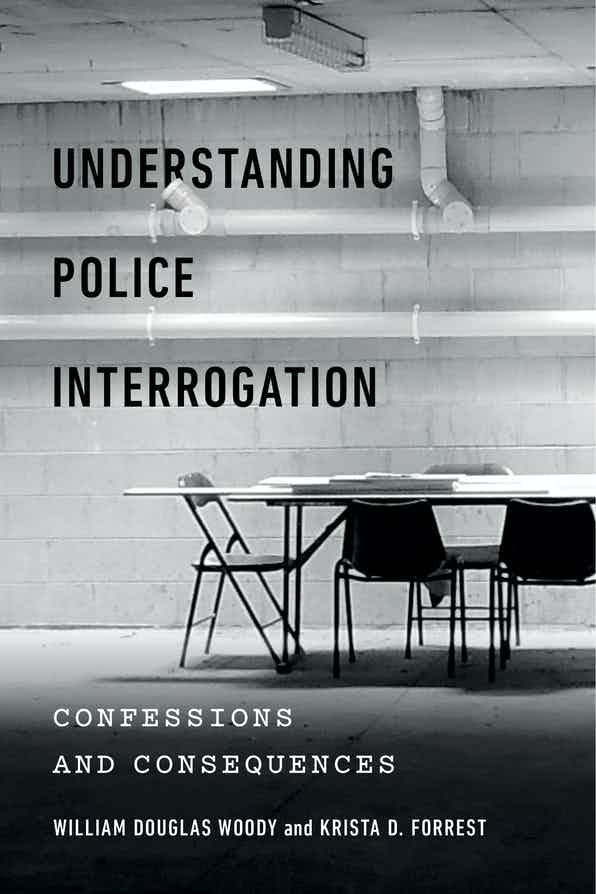 What was the biggest aha moment in writing the book?

WW: Although my co-author (Professor Krista D. Forrest from the University of Nebraska, Kearney) and I have been deeply enmeshed in these research topics for years, we are continually struck by the power of confession evidence. Throughout the writing of the book, we consistently returned to the power of confessions. Confessions are so powerful that they affect every individual (police officers, prosecutors, defense attorneys, forensic analysts, judges, jurors, appellate courts, etc.) and every other piece of evidence in a case.

Confessions can lead eyewitnesses to change their identifications, lead experienced fingerprint experts to make errors, and affect decision-making at every step of the investigation and trial. We started this process knowing that confessions are extremely powerful; we ended recognizing the overwhelming power of confessions to affect everything in a case.

What can officers do to ensure police interrogations are fair and produce the intended result?

WW: This is a complex question, and we devote much of the last sections of our book to this question and related questions (e.g., recommendations for prosecutors and defense attorneys, recommendations for forensic examiners). For police in particular, we recommend a series of social and cognitive steps to help challenge the ways that humans typically think. The challenges faced by police are multifaceted, and many challenges have their roots in typical human cognitive and social processes. In other words, as we state in the book, the problem is not that some people think like police officers; the problem is that police officers think like people—like human social and cognitive decision-makers. With these challenges in mind, we recommend a series of cognitive and social steps to provide officers with tools that can help them challenge these inherent obstacles to accurate evaluations of confessions.

From your research, have you found that officers are taught the psychological components to get a confession? If so, what's an example?

WW: Officers gain interrogation expertise in many ways. I consistently remind officers that they are not learning to be cooks in a chain restaurant (i.e., cooks who must learn to make a dish that must taste the same at chain restaurant locations in Greeley, Denver, Houston, and elsewhere). Officers are much more similar to psychological counselors. Their learning includes formal classroom education, their own theoretical perspectives, input from formal advisors, input from informal mentors in their education and early job placements, continuing education, and their own educational activities and personal growth. Additionally, skilled interrogators know themselves and apply their own strengths to what they know about this suspect, the alleged crime, and evidence, and the totality of the circumstances in the case. Officers are unique individual practitioners who vary widely in their strategies.

Entities that train officers in interrogations (e.g., law enforcement academies, police trainers, private companies, etc.) vary extensively in the degree to which they incorporate psychological science into their training. It is not surprising that officers, as flexible and adaptive individual practitioners, vary substantially as well.

What percentage, or what is the incidence, of false confessions due to psychological tactics employed?

To complicate these issues further, only rarely does evidence exist to demonstrate a confession is false. This is one of the reasons that we see more identified false confessions in homicide and sexual assault cases. These are the cases in which strong evidence (e.g., DNA) may be collected during the investigation, be stored, and be stored indefinitely in ways that can later be used in court. Such evidence is less likely in some crimes (e.g., armed robbery) in which DNA may not be available in the first place and in crimes in which evidence may not be stored (e.g., crimes that are misdemeanors rather than felonies).

Finally, although there are some databases that include exonerated defendants who confessed falsely (e.g., The National Registry of Exonerations), these may not include many defendants who have falsely pleaded guilty or whose innocence has been established in other ways. For example, in our book, we discuss a case in which an individual confessed to a serious crime. The individual was well-known to local police and had interacted with police over several petty offenses but nothing so severe as the crime to which he confessed. Only one officer doubted this person’s confession, and the officer pursued the investigation on his own. To the surprise of police colleagues, this demonstrated the suspect’s innocence. This case and others like it (e.g., the case of Tyler Sanchez, an 18-year old with a cognitive disability who confessed falsely and waited under stress for more than 2 ½ years before police and the DAs dropped charges) are not included in any known databases. (My paper about the Tyler Sanchez case and recent changes in Colorado law appeared in The Wyoming Law Review [2017].)

What's the perfect storm of integrated factors that increase the likelihood of a false confession?

There are three primary categories of factors that increase the likelihood of false confessions.

1) First, some suspects are particularly vulnerable to police interrogation. These include people with long-term characteristics that make them vulnerable (which we call trait vulnerability) such as being a juvenile, having a cognitive disability, or having a mental illness. Some suspects also have short-term characteristics that make them vulnerable (which we call state vulnerability), such as fatigue, intoxication, withdrawal, reactions to recent or ongoing trauma, and similar characteristics. To head off a common misconception, sometimes people misinterpret the data and claim that children are vulnerable but others are not. The data clearly demonstrate that everyone is vulnerable and that typical children are more so than typical adults.

2) A second category of factors includes investigatory biases, which can be exacerbated by cognitive and social factors. Investigatory biases are the thinking biases that officers, prosecutors, and others bring to the investigation. When officers believe they have identified the correct suspect, they—like other humans—are prone to confirmation bias, seeking to confirm rather than disconfirm their theory about the suspect’s guilt. Powerful forensic confirmation bias can lead investigators and others (including of course defense attorneys) to overlook exculpatory evidence (i.e., evidence of innocence), other suspects, or ways that confessions may not fit evidence.

Although Professor Forrest and I present these sets of factors separately and then discuss interactions, in most cases we see these factors contribute in complex ways to the totality of the circumstances. Tyler Sanchez’s case can serve as an example. He was an 18-year-old with a cognitive disability (i.e., trait vulnerabilities) who had been awake for more than 30 hours by the end of his interrogation (i.e., a state vulnerability). He faced officers who were highly confident in his guilt, so much so that they overlooked ways that he did not fit the evidence. When I teach police, I note that confirmation bias is powerful, and they agree. Despite their academic agreement, when I describe this case, police are generally shocked by the power of these biases. In the Sanchez case, the police were seeking a 190-pound man in his mid-40s with medium length brown hair and no visible tattoos. They took the confession of Sanchez, a 130-pound 18-year old with a red buzz cut and highly visible “sleeves” tattooed up both arms. Without video of the interrogation (which may exist but which I have not seen), observers cannot identify tactics in this interrogation, but interrogation tactics may have been relevant in this case as well.

What are police agencies doing to address the issue?

As in the 1930s, many of the reforms are coming from police who are embracing new methods informed by the science. These are slow and important ongoing changes in policing in the United States.

Professor Doug Woody teaches and conducts research in psychology and law, history of psychology, and the teaching of psychology. He is also the author of A History of Psychology: The Emergence of Science and Applications; Neglected Perspectives on Science and Religion: Historical and Contemporary Relations; and  Enriching the Classroom Experience with History: Psychological Specialties in Context. Questions in article asked by Nate Haas.