The main office of the History Department is located in room 3270 on the third floor of Ross Hall. Ross Hall lies southwest of the University Center and may be found on this map of the UNC Campus.

Ross Hall, completed in 1964, was named for William R. Ross, who served as UNC’s president from 1948-1964. Originally UNC’s science building, Ross Hall was expanded in 2003 and now houses the English and History Departments from the College of Humanities and Social Sciences. Ross also hosts UNC’s science programs, numerous classrooms, and a large number of faculty offices. 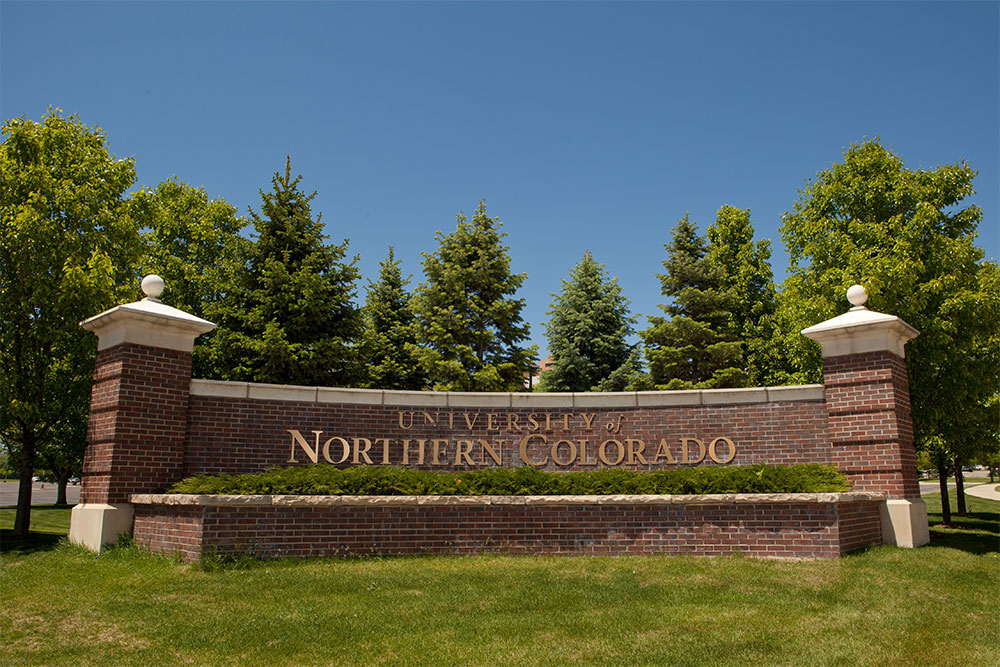 The University of Northern Colorado is a student-centered teaching institution set in an ideal location, 50 miles north of Denver, 50 miles south of Cheyenne, Wyoming, and 50 miles east of Rocky Mountain National Park. It offers more than 100 academic programs for undergraduate students in five colleges, the College of Education and Behavioral Sciences, the College of Humanities and Social Sciences, the Monfort College of Business, the College of Natural and Health Sciences, and the College of Performing and Visual Arts, many of which are nationally ranked. From its beginning in 1889, The University of Northern Colorado has maintained a strong tradition of serving the community and the state as one of the original educational institutions.