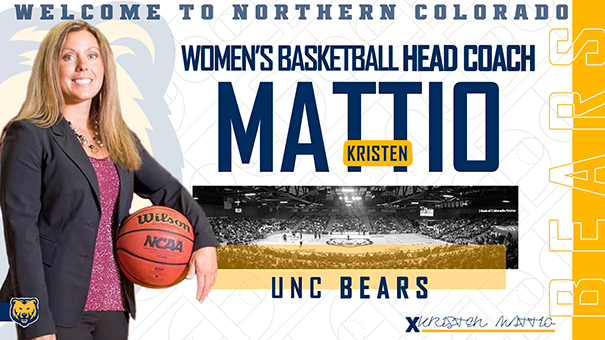 Northern Colorado athletics has announced the hiring of Kristen Mattio as the next head Women's Basketball coach.

"We are excited to welcome Kristen to the Northern Colorado family. We set out to find a leader who would build champions on and off the court and there is no doubt we hit that mark," said Director of Athletics Darren Dunn. "Coach Mattio is a respected recruiter and developer of talent who has achieved immense success on a national level. Most importantly, she is a tremendous person who cares for her student-athletes. Her familiarity with Colorado and the Big Sky Conference made her the perfect choice as our new head coach of the University of Northern Colorado women's basketball program."