Each semester at the University of Northern Colorado, over 50 new students who have food allergies work with Matthew Doyle, the assistant director for board operations and registered dietitian at UNC. He estimates that there are probably three times that many students with food allergies on campus who haven’t come forward. 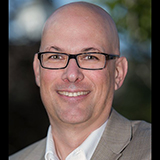 “It varies across the grades here, but the bulk are freshmen, and half the people who I talk to are recently diagnosed,” Doyle said (image at right).

According to a study released in 2013 by the Centers for Disease Control and Prevention, food allergies among children increased 50% between 1997 and 2011. Celiac disease (an intolerance to gluten and wheat) and allergies to peanuts and tree nuts account for 91% of the cases Doyle sees among UNC students. He also works with others who have multiple food allergies, intolerances and/or disorders.

According to the Food Allergy Research and Education (FARE), as many of 15 million people in the U.S. have food allergies with an estimated 9 million, or 4%, of adults having food allergies.

The top food allergens that account for 90% of all food-allergic reactions along with the estimated prevalence among the U.S. population include:

Cody Cheadle, a sophomore majoring in Music Composition at UNC, is one such student who has met with Doyle due to his gluten sensitivity that was diagnosed when he was in high school.

"Ever since I was born, there's been strange signs that something is going on, such as dark circles under my eyes and random rashes," he said. "I had been eating gluten and wheat my entire life and was never diagnosed with anything."

Cheadle went to numerous doctors, but nothing was ever determined until he saw a wellness specialist. 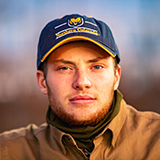 It was determined that he had a high sensitivity to wheat, and, soon after, he decided to go gluten-free and immediately started feeling more energetic and healthier.

Cheadle mainly eats at Tobey-Kendel Hall on campus where he has become familiar with the cooks as well as with which foods to avoid. Also, he learned from Doyle about the new Bear Bites app that allows users to view each dining hall's menu online and filter out common food allergens.

"I didn’t know Bear Bites was a thing, and I'd constantly ask if the food was gluten free and then have to wait five to 10 minutes for them to check on it," he said. "Matt introduced me to the Bear Bites app, and it's been helpful and saves time."

Cheadle, like others with food allergies or sensitivities, want to know the 'why?' behind their body's reaction to certain types of foods; however, there isn't an exact answer at this point.

According to Nicholas Pullen, Ph.D., an assistant professor of Biological Sciences at UNC, the reasons behind the rise in food allergies since are still unclear. Some evidence points to food preparation, timing of exposure and other possibilities. 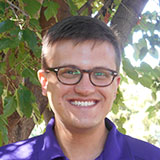 “Many scientists hypothesize that the development of food and other allergies has something to do with environmental factors since we seem to see more food allergy in ‘Western,’ or post-industrial nations with advanced healthcare and sanitation infrastructure, smaller families and centralized agricultural systems — in other words, everyone’s not farming their own foods,” Pullen said (image at right).

Pullen is also the principal investigator of the Inflammation Lab at UNC, where he and his team study reactions within the human body. In one of their recent studies, they discovered that a signal from a specific type of cell in the immune system can provide longer term inflammatory responses to help defend against diseases; this discovery has led to further interest on food allergy and gut cancer and how the body responds to those.

As this research continues, UNC Dining Services’ full-time staff take a certification class every three years on handling food allergies in the dining rooms. There are protocols in place with dining hall managers in case a student has questions about an allergy or dietary restriction.

Bear Bites, the online and interactive menus at UNC, can be used to filter out allergens or specific dietary restrictions. Students with food allergies are encouraged to bring antihistamine and/or prescribed epinephrine auto-injectors while dining on campus as an added precaution.

Also, a special serving line called The DASH is available at Tobey-Kendel and Holmes Dining halls. The DASH fare is free of soy, milk, eggs, peanuts, tree nuts, wheat/gluten and shellfish. It is available weekdays at lunch and dinner, and weekends for brunch and dinner. 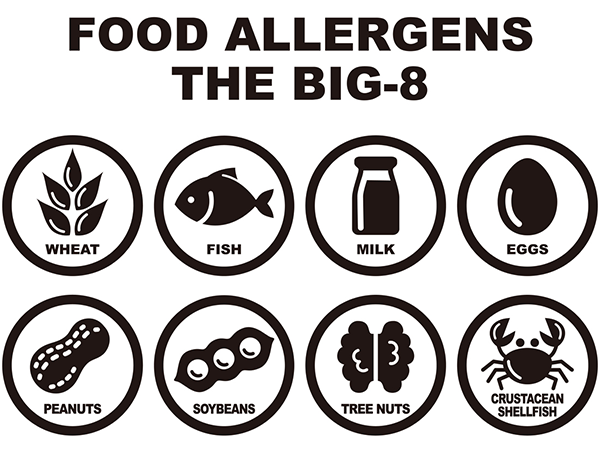 “We try to stay vigilant and do what we can to help those students with food allergies,” Doyle said. “We’re working with those students on using Bear Bites and building self-advocacy.”

Cheadle's advice to students who also have food sensitivities or allergies is to "embrace it, and be aggressive about it because food literally is your brain's food, and without it, your body and mind will not function."

Students who have a food allergy are encouraged to set up a 15-minute appointment with Doyle by phone at (970) 351-2652 or email at diningservices@unco.edu. He works closely with those students and the Disability Resource Center to ensure they’re knowledgeable of where allergens are typically found on campus.