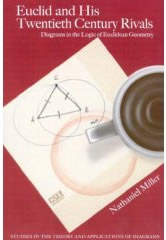 Reasoning with Geometric Diagrams - It has long been assumed in mathematical communities that diagrams can be properly used only as aids to human intuition which have no place in formal proofs, reducing diagrams to second-class citizens of the mathematical world.  My research aims to show that diagrams can be used rigorously and fruitfully in formal mathematics, and, indeed, that the formal proofs that one gets using diagrams are more understandable and correspond better to  normal informal proofs (of the kind that one finds in Euclid's Elements, for example) than traditional linguistic formal proofs.

The Teaching and Learning of Mathematics using Inquiry-Based Methods - Most of my teaching is done using inquiry-based methods, and I have had several publications and presentations in this area.