What do these photos tell you about what reservation schools were like?

The Indian children in this photo went to school at the Ute Mountain reservation in Colorado. Their teacher, Mr. S. F. Stacher, is standing at the left. His wife and daughter are in the middle of the photo. The photo was taken in 1906. 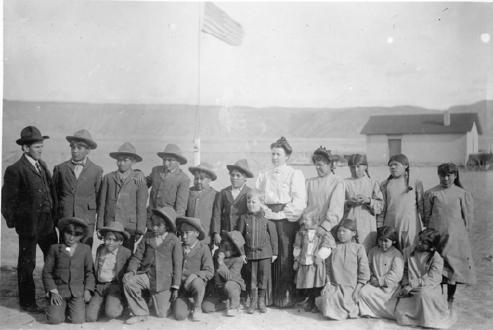 At first, few children on the Ute Mountain Reservation went to school. Most Indian children who attended school went to boarding schools. The Ute Mountain Utes refused to send their children away from home. In 1906, the reservation established a “day school” to help children learn to read and write.

"At first the Government schools were small and the attendance was poor, for schools were a new idea to us. Parents and grandparents and medicine men had always taught the children in the camps; we had never heard of a teacher whose only work was to teach."

Studying At a Southern Ute Agency

The Indian girls in this photo are studying in a dorm room. The girls lived in the dorm while attending school at the Southern Ute Agency School at Ignacio, Colorado. The photo was taken in the early 1900s. 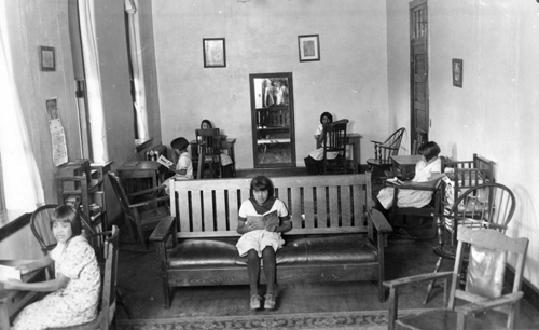 In 1902, the Southern Ute agency opened a boarding school. Families scattered across the reservation sent their children to school there. The school was finally closed in 1920. After that time, children attended local public schools.

These Indian girls are playing basketball in the gym at the Southern Ute Agency School. The woman in the center is their instructor. 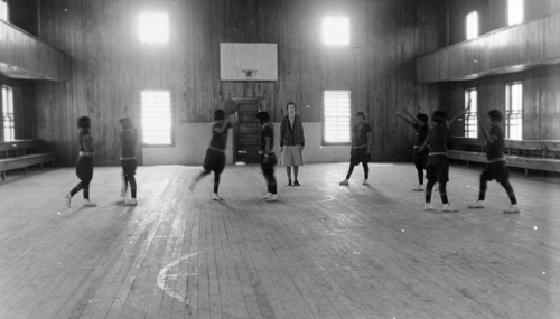 The Southern Ute boarding school had a gym as well as classrooms. The school stressed good health as well as a good education.

"It has seldom been my pleasure to see a group of children so happy and contented and so well nourished and in such good physical condition as those of the Southern Ute Boarding School."

The young Indian women in this photo are on a sight-seeing trip in western Colorado. They were students at the Teller Institute, an Indian boarding school located in Grand Junction, Colorado. 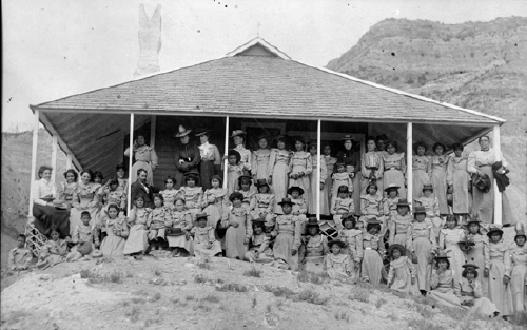 The students in this photo attended the Teller Institute in Grand Junction. The school opened in 1885 and continued until 1911. At one time had as many as 200 Indian students. They came from the Ute, Navajo, and other Indian tribes. 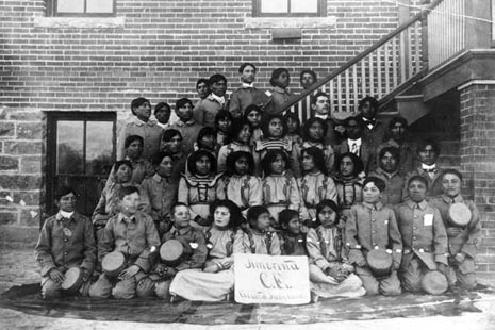 The Indian children in the photo attended the Grand Junction [Colorado] Indian School. This school was also known as the Teller Institute. The Indian boys in the photo were wearing military uniforms and the girls were wearing dresses. What might these clothes say about the school?