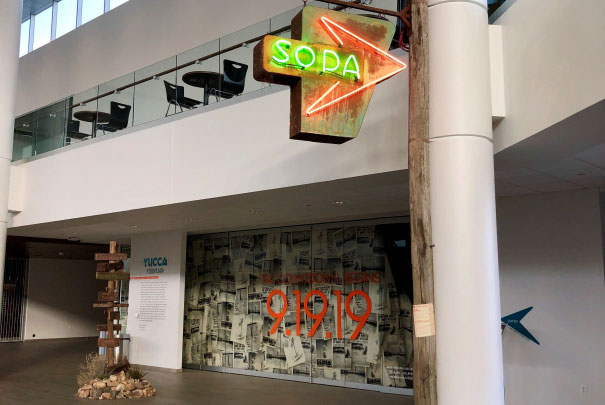 This fall visitors to the new Campus Commons gallery are in for a unique treat.

She’s referring to the new exhibit, “Yucca Fountain,” a 1950’s atomic era soda fountain that she and collaborator Andy Bablo are bringing back to life right here at UNC.

“It was originally in the Amargosa Valley area, which is where they did all the nuclear testing in the 50s, north of Vegas,” Andy says. 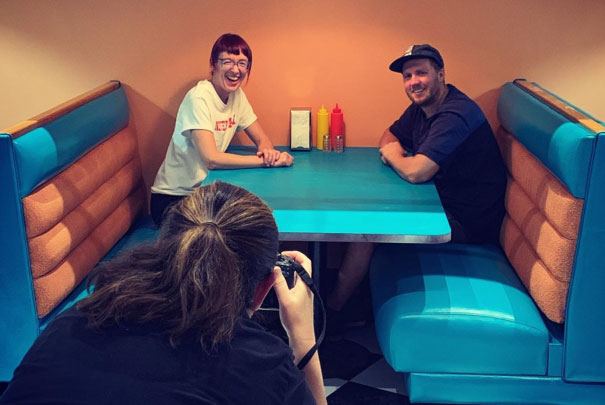 The Yucca Fountain was a popular local watering hole in its heyday, beckoning travelers who emerged from the desert with the promise of a cold, sweet milkshake. It was THE place to get a malt and watch the distant mushroom plumes expand in the stratosphere.

Now nearly 50 years after its mysterious closure, visitors to the Campus Commons will have the opportunity to experience the fountain as it once was - a local hub of activity and delight.

“We were able to acquire this collection of relics and ephemera from the fountain, and as we were sorting through all of these items, we started to realize that there was this unsolved mystery/conspiracy theory that the former owner had developed. We were just so intrigued by this story,” Helen says. “I don’t want to spoil the mystery too much, but I’ll just tell you that it involves the yet unsolved destruction of Yucca Fountain by fire and the partial test ban treaty of 1958.” 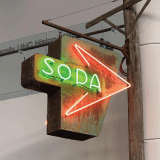 If that piques your interest, then opening night is sure to please. The over the top event on Thursday, September 19th will feature food and beverages served directly from the restored soda fountain, all at 1950s prices. So be sure to bring your change and wear your best cowboy casual outfit for the occasion. 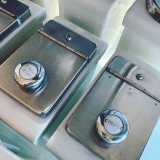 Even if you can’t make it to the extravagant event on opening night, there’s not need to fret. Organizers already have plans for Yucca Fountain to play host to a diverse range of events over the next six months. 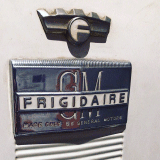 “A huge part of taking on an ambitious project like this is thinking beyond the spectacle of that one night where you open. The key, especially in an academic setting, how do you activate it and how does it cast a wider net to the students, staff, faculty, but also the Greeley community?” says Pam Campanaro, Director of Galleries for UNC.

“We’re approaching programs in a variety of ways, so we’re not just doing the typical artist talk with the artist and opening reception and then doors close," Pam says.

Director and curator of the Johnson and Wales Culinary Institute, Richard Gutman is already scheduled to give a brand-new talk, “When the Romance of the Road, Meets the Reality of the Gallery.” Partnering with the Film Studies program at UNC, the gallery will also offer a series of atomic era film screenings in the space.

But it doesn’t end there.

Pam and the artists have big visions for the space – everything from open mic nights, to pop up performances and ice cream socials. They want to hear your ideas – and as far as they’re concerned, the sky’s the limit. 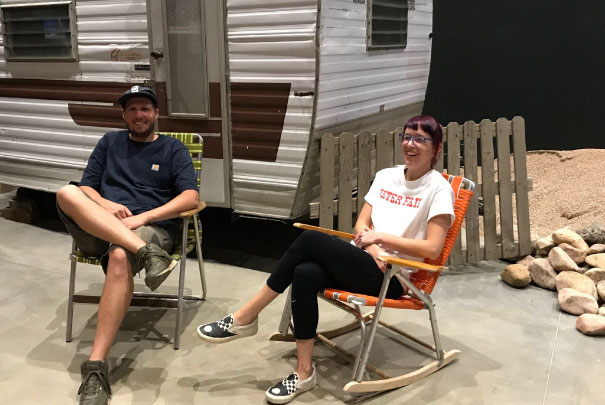 “I think what’s so amazing about Yucca Fountain is that it can give back to so many different aspects of the community for an extended period of time. The opening will be great, obviously we’re very excited about that, but the fact that six students could meet in here and have a really cool atmosphere for a club meeting or a study night, or 80 people from the community could have a city hall meeting. I mean, what a cool spot for that. I think that’s a really unique opportunity for not just a gallery, but for an art installation to be able to provide an area to do that,” Andy says.

In order to make those big dreams a reality, the UNC Galleries needs your support.

“We really want it to be a collaboration with the community. It’s not often that you get to have the opportunity to help fund something that you are really interested in, that you’re really compelled to attend and go see,” Pam says.

“We’re all about quality, so we need the support to be able to do the due diligence to make sure that the programs that we do are really intentional and impactful. That takes money, it takes funding,” Helen says.

All programs hosted in the space will be completely free and open to the public. If you’re interested in submitting an idea for a program, or would like to contribute to the crowdfunding project that has been set up to support the Yucca Fountain’s unique programming, visit https://go.unco.edu/yucca.

“Even if you can’t support, just come and experience it. Your body in the room is a form of support,” Helen says.

We need your help to make the most of the Yucca Fountain Exhibit at UNC!

In order to support six months of innovative events in conjunction with Yucca Fountain, UNC Galleries has created a crowdfunding campaign to raise $5,000.

Your generous contributions will make it possible to bring nationally and internationally recognized scholars, musicians, other artists and creatives to Greeley. Every gift no matter the size makes a difference! 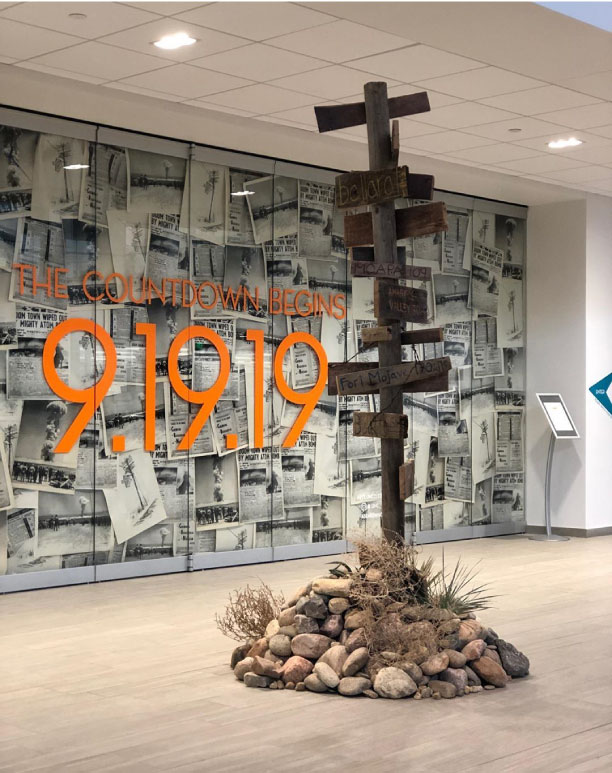