Develop analytical and critical skills as you explore film and its role in shaping global cultures.

Exploring Film, Past and Present

Film is one of today’s most influential forms of communication. Its stories have a unique power to transport us to another time and place. At the same time, film both reflects and helps to shape our culture. In recent years, the impact of film has only grown as it continues to cross diverse media channels, from theater to television to mobile devices and the Internet.

Emphasizing film criticism, theory and history, the Film Studies minor at UNC will teach you to develop an analytical and critical approach to cinema. You’ll watch a variety of films from different genres—many classics and some lesser known—and have opportunities to discuss, write and present on diverse topics. Through your work, you’ll learn how cinema has evolved, how film relates to other art forms and how cinema plays a global cultural role. We also offer a course on short film production.

Classes are highly collaborative and are led by accessible and supportive instructors, who are dedicated to helping you succeed. You can also enjoy free weekly screenings of films from all over the world through our International Film Series. 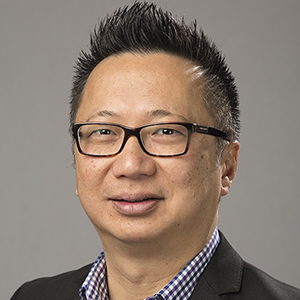 Dr. Kenneth Chan is the author of two books: Yonfan's Bugis Street (2015) and Remade in Hollywood: The Global Chinese Presence in Transnational Cinemas (2009). He is also the co-editor of the book Sino-Enchantment: The Fantastic in Contemporary Chinese Cinemas (2021). In addition to publishing numerous peer-reviewed journal essays and book chapters, Dr. Chan sits on the editorial board of the Journal of Chinese Cinemas and on the International Advisory Board of the Asian Film Archive (Singapore). His teaching interests include posthumanism, the fantastic, transnational Chinese and Asian cinemas, queer studies, ecology and cinema, and film genres such as melodrama, musicals, romantic comedies, action films, science fiction, and political dramas. He is the recipient of the College Scholar award in 2010-2011 from UNC's College of Humanities and Social Sciences. As an ardent figure skater and ice dancer, he has competed in adult figure skating competitions, has passed official USFS (United States Figure Skating) tests, and has appeared in many ice shows in Greeley and Fort Collins, CO.

The Film Studies minor comprises 15 credit hours of required courses and three credit hours of electives, for 18 hours total. As an interdisciplinary program, the Film Studies minor includes perspectives from a variety of disciplines, consideration of film in various periods of the history of cinema, as well as films produced in various global cultures.

Your Future in Film Studies

A Film Studies minor will enrich almost any major area of study and builds skills you can apply to diverse careers.

Film is a medium that encompasses a variety of other art forms, including photography, writing, editing, music and performance. Not only will a Film Studies minor open the door to career pathways in these diverse areas and many others, it will also provide foundational learning that will serve you throughout your life.

Where can your minor take you?

As a Film Studies student, you can apply your learning in many different areas. You could pursue a career as a film critic, or apply to film school to become an actor or filmmaker, or work in the film industry. The Film Studies minor can also apply to careers in journalism, elementary and secondary education, web design and much more.

In addition to being caring, dedicated educators who work closely with students, our professors are noted researchers in their fields of study. Our current research projects in the area of Film Studies include:

It’s the End of the World as We Know It: Cosmopolitanism, Ethics, and Science Fiction Cinema