What do these photos tell you about the kind of houses they lived in?

A House In Early Golden

This is one of the earliest houses built in Golden. It was built in 1859. The original house was made of logs. It was later covered with weatherboarding made of sawn boards. 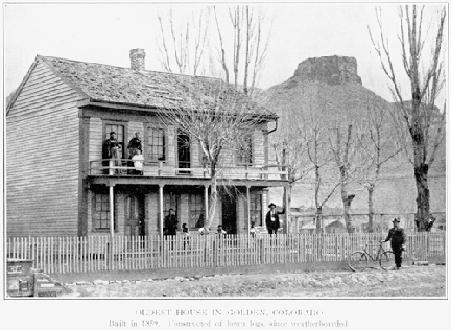 Many of the first houses in Colorado towns were made of logs. Most later were replaced by frame or brick houses. Some were added onto and the logs covered over with boards. Many old houses in Colorado have been expanded and “remodeled” over the years.

A House In Colorado Springs 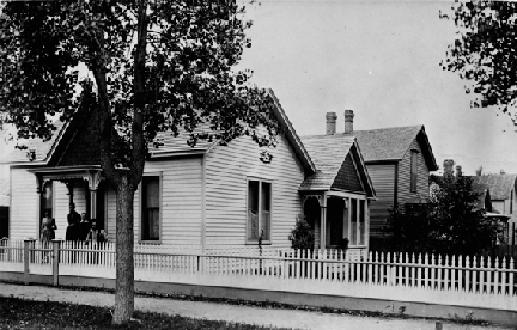 Most city homes built in Colorado in the late 1800s were frame houses. They were cheaper to build than houses made of heavy timbers or brick. The boards were sawn from logs at a nearby sawmill.

This is another frame house built somewhere in Colorado in the late 1800s. It has a porch facing the front yard. 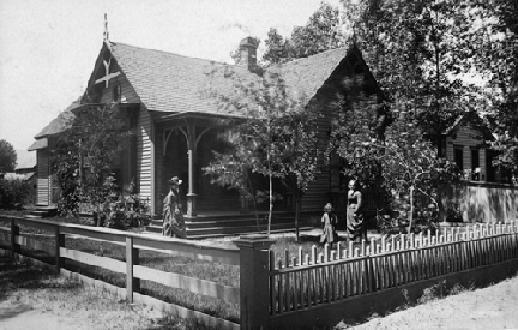 Most houses built in Colorado cities in the late 1800s had porches. The one in this photo extended over half of the front of the house. Porches serve a useful purpose. They are shady places to sit during the summer. Some porches were screened in, which made them cool, summer rooms.

"Our Shanty" In Grand Junction

This house in Grand Junction was owned by the John Reider family. The caption at the bottom says “Our Shanty.” What did the owner mean by that? 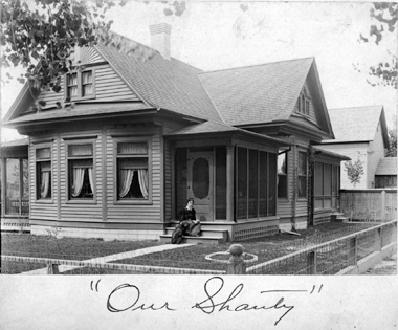 Someone in the Reider family had a sense of humor. A “shanty” is a run-down shack. This is a fine, two-story frame house. It has several special features. These include the large bay windows on the side and at least three screened-in porches.

"This house was a square house, four big bedrooms. . . . Dad was really an early health nut, I guess, because he built sleeping porches on so every bedroom had a sleeping porch. [We slept in the fresh air] and it was cold, but none of us had tuberculosis. . . . [We slept on a screen porch] in the winter, and we didn’t have any heat. Later we had windows put in but no heat. It was still cold out there."

A Brick House In Denver

This is two-story brick house built in Denver in the early 1890s. 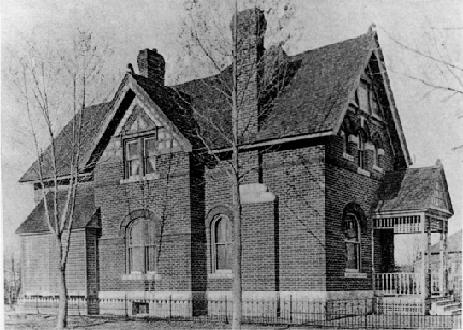 Many of the large houses in Denver and other Colorado cities were built of brick. Brick houses were more expensive than frame houses. However, brick houses were easier to maintain.

This is a photo of the Cornwall Apartment Building in Denver. This building on 921 East 13th Street still exists. 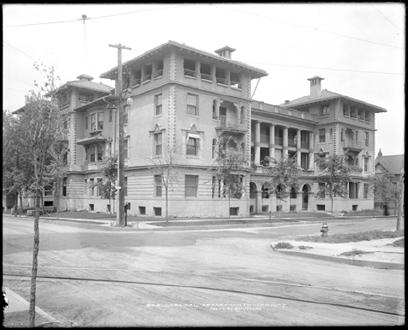 Some city dwellers lived in apartments. The Cornwall in Denver was a very fine apartment building. It contained eighteen apartments, each with six or seven rooms. It also had a ballroom, open porches, and a rooftop garden. The garden provided a good view of the mountains.