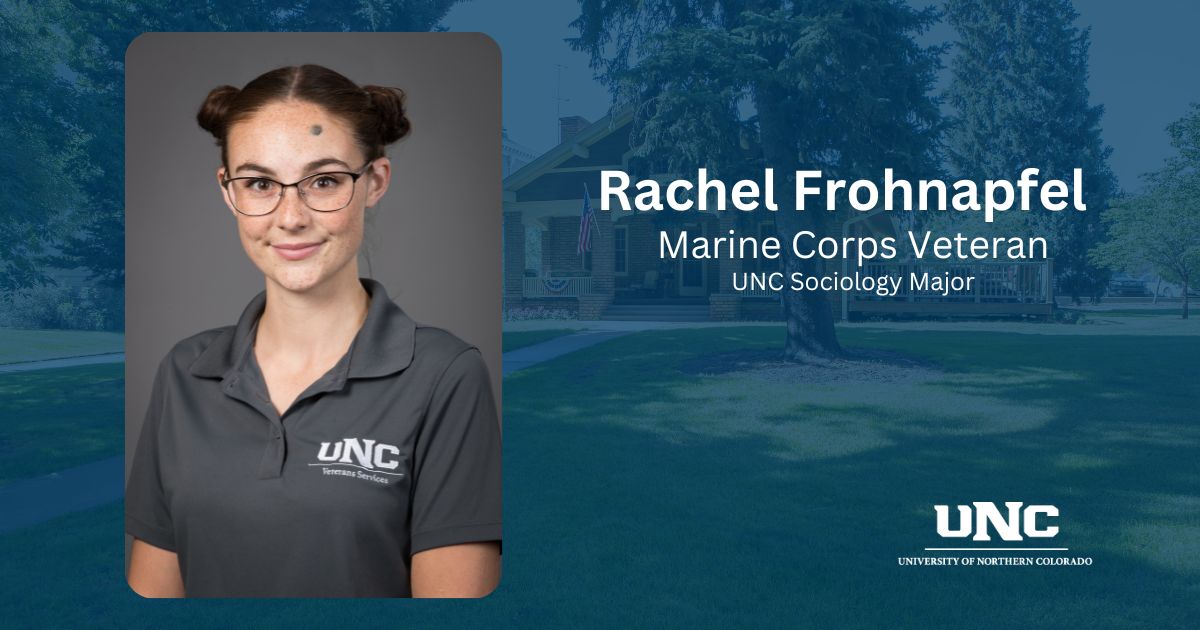 Sociology major and student veteran Rachel Frohnapfel grew up in a military family, so she understood from an early age what military life could be like.

“My dad was in the Air Force for 26 years, so I grew up all around doing the independent life of sending him off on deployments,” she said.

This inspired her to later join the Marine Corps. She served from 2018-2021 first as an administrative specialist and later as an admin chief.

She was stationed in Kaneohe Bay, Hawaii on the island of Oahu and had the opportunity to travel to Vietnam and Korea during her time in the military.

“I personally liked Vietnam more because it was more of a professional education trip. We spent almost a year studying our units’ interaction in the Vietnam War in those areas,” Frohnapfel said. “We had to interview in order to decide who went on the trip, and based on how that ended up, it was an all-female Marines trip.”

Frohnapfel appreciated having the opportunity to hear from Vietnamese people whose lives were impacted positively by the military.

“There was one woman we met at the DMZ [demilitarized zone] that personally remembered the impact that Marines had on her family and she remembered a lot of the things that Marines did to help them out, which was really refreshing,” she said.

Frohnapfel decided to leave the military in order to pursue her dream of becoming a sign language interpreter. She hopes to get into UNC’s ASL interpreting program.

“I started college when I was in the service and I knew I wanted to be a sign language interpreter, that has always been the goal,” Frohnapfel said.

When she was a child, her father was stationed in Cheyenne, Wyoming, close to a deaf community. That community became her second family and the reason why she is so passionate about becoming an interpreter.

“I first learned sign language when I was a few months old from what I've been told, so technically, it was my first language,” Frohnapfel said. “The deaf community has always been my family and, from the start, they have integrated me into the deaf community. I felt the need to give that back to them.”

Above: student-veteran Rachel Frohnapfel discusses her experience in the military

While Frohnapfel was confident in her decision to leave the military and pursue her higher education goals, the transition was challenging.

“That transition from military into civilian life is such a struggle, even to people who are totally ready to get out of the service,” Frohnapfel said. “You're losing all of your social ties and your friend groups and are completely starting over in life.”

One thing that helped ease her into the next chapter of her life was UNC’s Veterans Services at Roudebush Cottage. Directed by Tim Nellett the mission of Veterans Services is to support and empower military-affiliated students by assisting in the transition to civilian life, providing practical resources and providing a strong, inclusive community.

“I was not expecting to be welcomed immediately like I was and Tim intentionally fosters that environment,” Frohnapfel said. “Being able to have that foundation and support from the start has been amazing.”

Frohnapfel found that UNC’s Veterans Services was a place full of people with similar experiences as her own, allowing her to find community and connection amongst people she felt understood her.

“I really didn’t talk to anyone in my classes because I didn’t relate or connect with a lot of people,” she said. “Then, going into the Roudebush Cottage and starting to make friends, I was like, ‘Oh, this is where my people are.’ To be able to go from not having a friend to a house full of friends that I can go to has been a great journey.”

Frohnapfel is one of about 500 military affiliated people on UNC’s campus. About half are student veterans, the other half are children or spouses of veterans. 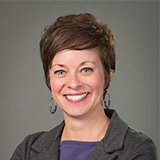 Director of Research and Prospect Management

I joined the Army Reserves in 2002. My job was Civil Affairs – humanitarian assistance within the Army. My unit worked with the local populace to best understand their needs and to help them. My team helped in villages most of the time. I was deployed to Iraq and Kosovo during my time in the Army. We did many things with and for the locals. In Iraq (2004-2005) we helped rebuild schools that were damaged by the war. We also helped to hire local contractors to stimulate the economy. We brought school supplies and clothes to various villages.

We also worked with a veterinarian to bring medicine to local farmers of cattle and sheep. They called us the “animal doctor people.”

In Kosovo we worked to build bridges and repair relationships between Albanian and Serbian villages. My team was very involved in facilitating community development initiatives while in Kosovo. We established fundraisers to help raise money for a girl that had rheumatoid arthritis. Her family was extremely poor and could not afford the proper treatments. Once we raised the money for her treatments, she was able to walk and run like the other kids. We also established music and soccer events to bring people together. I was able to facilitate a local mental health round table discussion, for all the school officials and other professionals to discuss the issues they were facing.

How do you connect with the veteran community at UNC?

I teach a monthly yoga class to student veterans. There are also yoga studios in the community that offer free yoga classes to veterans as well. There are also pottery classes and workshops available. I am currently working with the Director of Veterans Affairs at UNC to bring a group down to the Longmont Climbing Collective climbing and yoga classes.

How did you get involved in teaching yoga? How has it helped other veterans on campus?

I became involved with yoga as I returned from deployments. I had friends that would bring me to a class to help me mitigate pain due to injuries. I became a yoga instructor in 2013 and found a nonprofit called Veterans Yoga Project at the same time. This organization helps veterans and families across the country with mindful resilience tools to help with PTSD [post-traumatic stress disorder] and more. I’ve been on their board of directors for nearly 10 years. I believe offering the free yoga classes to UNC student veterans helps them feel a sense of peace and calm. I've had student veterans tell me they feel more relaxed after my class. I believe that is the goal and I feel a great sense of gratitude for holding space for this to occur. It’s also a fun time to get outside and join in on a community activity.

Why is it important for UNC to provide services specifically tailored to veterans?

I believe activities for student veterans brings them together and gives them a sense of belonging as they have another life outside of campus. They have hard responsibilities being in the Armed Forces and giving them a campus-based activity is a fun way for them to join together and feel connected.

Frohnapfel explains that there is often a stigma surrounding veterans, leading them to be hesitant to share their military status.

“A lot of veterans really don’t like to make it known that they are veterans and that has to do with the strong stigma against veterans and PTSD [post-traumatic stress disorder] and TBI [traumatic brain injury],” she said. “There's a lot of negative stereotypes that go along with that, so a lot of people don’t openly disclose that information.”

She also explains that having experiences that are so different from those of traditional students, veterans are often misunderstood.

“We have already been to multiple physical locations and have had different job titles; it makes us feel like we are ancient,” Frohnapfel said. “So, coming into an environment of still very young people who haven’t had those opportunities yet, most of the time we’re not understood.”

In this way, Frohnapfel emphasizes how valuable places of community such as the Roudebush Cottage are to veterans. And for those who aren’t involved in those communities, she encourages people to practice understanding and to recognize that the outward appearances and experiences of veterans are not just skin deep.

“Most veterans have a lot of invisible disabilities that people aren’t able to see,” Frohnapfel said. “I think it’s important to be mindful anywhere you go that just because people look like they are able-bodied, they may not be.”

Frohnapfel believes UNC encourages student veterans to reach out and find the resources they need, just like she has done herself.

Events For Military Families and the Community

– written by Alani Casiano, a senior English major at UNC