A View From Here

A View From Here 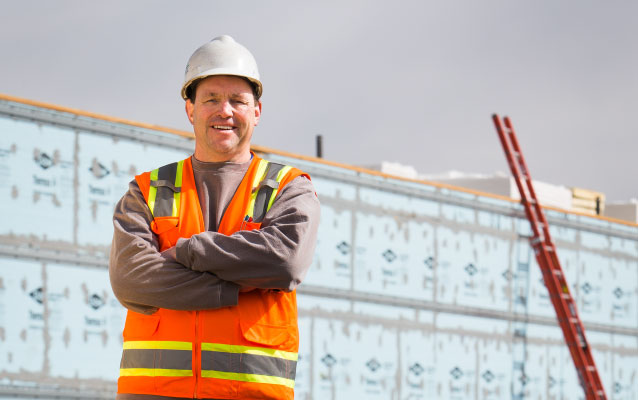 From his company’s vantage point, Front Range Roofing Systems, LLC owner Michael Trotter has a sky-high view of Northern Colorado’s economic expansion. But here, his view is from the University Center, with the new Campus Commons building in the background.

Trotter, who first came to Greeley as a UNC student in the 1980’s, is a down to earth family man, community philanthropist, and avid Bears fan. As a young man, Trotter knew he was destined for a career in business and chose to study at UNC’s (now named) Kenneth W. Monfort College of Business. He remains involved in business education as a guest lecturer and competition judge for the college.

“The critical thinking and problem-solving skills that I experienced in most classes have become priceless,” he says. “Today’s Monfort College of Business is top notch.”

Trotter graduated from UNC in 1989, and when the opportunity arose, bought Front Range Roofing LLC in 2001. He grew the company by strengthening his ties with Greeley’s business and civic community.

“We were definitely in the right place at the right time.  I left a competitor in town, which was tough, but I had a chance to follow a dream and own a business. The reputation of our business and involvement with organizations like UNC Alumni Association, United Way Weld County, Upstate Colorado NCEA and Greeley Chamber of Commerce puts us in a strong position to know the community and get some great people to work for and partner with us.”

“I’m a big believer in giving back to the community, which has caught on with the whole company. We realize we are blessed and we want to pay that forward.”

Trotter’s perspective shapes his company’s ties within the Northern Colorado community and the charities that he and his wife, Jill ’87 choose to support.

“The business we have built has given us a chance to play important roles in the lives of our employees and their families which is extremely rewarding. It starts there with our own people and then we look outward.”

Trotter’s support of business education and UNC makes him a recognized face around campus. When bid went out for Campus Commons construction, he jumped at the chance to increase his involvement and help build the future of UNC’s student success strategy.

“I was thrilled to learn we won the roofing contract for the new Campus Commons building. It is an exciting project and great for both the city of Greeley and UNC, and as an alumnus, I really wanted to do the job.” As part of the project team, Trotter’s believes Campus Commons as “taking it up a notch” for UNC.

Campus Commons is slated to open during the 2018-2019 academic year, and will be a support hub for students, a gateway for prospective students and the community, and a showcase for the university’s world-class music and musical theatre programs.