The Power of Humanities in Connecting a Community

The Power of Humanities in Connecting a Community 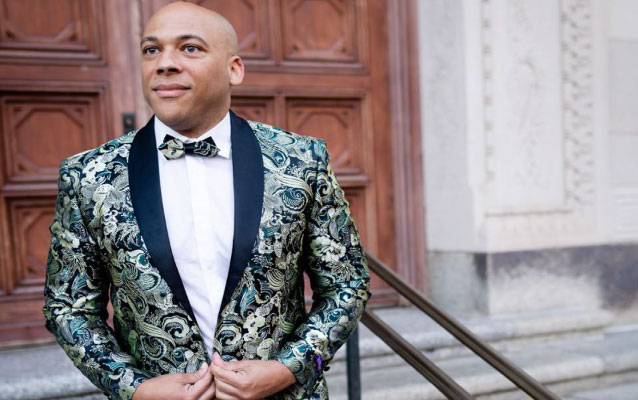 In the working class, predominantly Black community of Wilmington Delaware you’ll find a librarian championing community cohesion through literacy and the arts.

A community just over 70,000 residents, where home ownership is lower than the national average and 57.4% of the population is Black, the Wilmington Public Library is building connections within its community with the hope to increase social mobility and social capital.*

“The fortification of democracy rests upon the strength of the community, and our work is going to restore the community again,” says Wilmington Public Library executive director and UNC alumnus Jamar Rahming B.A. ‘06.  "We are where you will find people from all zip codes, all races, all sexes, all political persuasions at one space. The library has been a bridge builder by engaging the humanities on a superior level.”

Rahming talks about his work as building social cohesion and credits the power of humanities and lessons learned in college, as core to his and the library’s success.

“When I came here, you know, we hit the ground running, we went out in the community and we asked them what they needed from us.”

Rahming learned that a large number of his constituents had never traveled to Philadelphia, despite the city being only 30 miles away from Wilmington. It became apparent that the role his organization needed to fill was to innovate the library’s programming and provide the community a link to the rest of the world.

“We have citizens here where Wilmington had been their only world, and so I decided that I needed to start transforming this urban library to the recreational, social, and intellectual hub of the community,” says Rahming “You can't accomplish that better than by engaging the arts and the humanities and pop culture, because that's one thing that people agree upon. My constituency is about 60% Black and 35% White, the city is very segregated, and so, what better way to achieve social cohesion than through pop culture.” 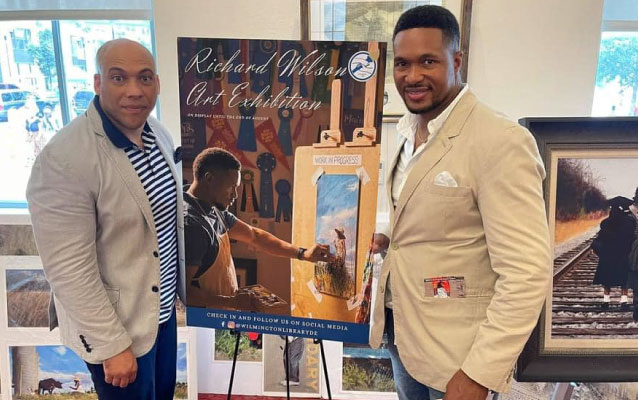 Through the library’s programming, Rahming and his team brought in public speakers who would appeal to the various interests of their community, including some beloved as well as some controversial public figures.

That breadth of appeal and cross interests of speakers has helped the library offer accessible and relatable programs, though some speakers have challenged constituents’ worldviews.

“We’ve had Dennis Rodman, Herschel Walker, Angela Davis, all of these people have been controversial. But what we’re doing is exposing [our constituents] to engage in contradictory worldviews. What we offer is something that they don’t have, which is context.”

Rahming’s professional approach with the library’s speaker series leans heavily into his humanities education from UNC.

“The humanities teach you how to survive and how to cope, and how to deal with hardships in life, because when you engage the humanities you read all these wonderful stories about all these people that have survived these horrific things. You say to yourself, ‘well if they were able to do it, you know I definitely can.’ You read the stories about Frederick Douglas and Maya Angelo and Paul Morris Dunbar and you say well wow these people thrived and I have 10 times more than what they have.”

Rahming credits UNC’s Africana Studies program, and his former advisor Dr. George Junne, in providing him a strong foundation and humanities education, along with support from the Ronald McNair Scholars Program, Marcus Garvey Cultural Center, and Center for Human Enrichment. The cross-campus support system and education in humanities provided a key ingredient to his career success after college.

“Everybody needs to take ethnic studies and humanities courses and enjoy them; because when you do that, you're making an investment in your upward social mobility and your future economic vitality.

“If you go back to 2008, during one of the worst economic recessions of our time, it was the people with liberal arts degrees who were the most employed,” reflects Rahming. “And the reason why is because those of us who have humanities backgrounds have very good emotional intelligence, which is what you need to be functional in the workplace, we know how to get along with people. We’re the ones that know how to go on an interview and get jobs because we know how to connect and reach people.”

It is this approach that Rahming brings to his work in Wilmington and the library.

Congratulations to Jamar Rahming and the Wilmington Public Library for being named a 2022 finalist for the National Medal for Museum and Library Service.

Alumni like Jamar Rahming '06 are putting their humanities and social sciences degree to work in communities across the country. From education and nonprofits, to government administration and business, you'll find UNC humanities alumni succeeding in their careers after college.

Following completion of his bachelor's degree in History and Africana Studies, and with the support of the McNair Scholars program, Rahming applied for and was admitted to a fully funded Masters in Library and Information Science program at the University of of Wisconsin-Milwaukee.

Visit the College of Humanities and Social Sciences to learn more about UNC alumni career success.