From Sociology to Financial Services

From Sociology to Financial Services 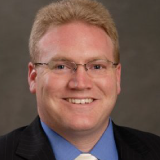 A career doesn't always take a straight path. Greeting challenges and finding success can happen at any stage in your career.  UNC alumnus Ashley Torgerson reached out to share his career story; a path that began as a transfer student in sociology and led him to into a career in the financial services industry. Thank you Ashley for sharing your career story. If you want to share your story with fellow Bears, reach out and let us know.

My journey began at UNC in the summer of 1999. I was a transfer student from Mesa State College. I was ready for a greater challenge and had heard great things about UNC’s Sociology program. I was sure that I was going to become a public defender, police office, or a social worker. I was on track to graduate in the spring of 2002 but ran into adversity on the way. Part way through my junior year, I contracted mono which made it hard to attend classes or do much of anything. My grades started to slip and I questioned if I even belonged in school. I decided to take a year off school so that I could go into my senior year with a clear head and renewed vigor.

The start of my professional career began at Quality Auto Sound in Greeley in late 2000.  I had decided to take time off school but to stay in Greeley. I started at the bottom as a sales associate working on commission. I quickly realized the job was fun! I enjoyed talking with people and the best part was the toys I got to play with all day! Well 1 year turned into 2 years and a promotion to Assistant Manager which turned into 3 years and a promotion to Manager. So my soon to be wife and I were moved to Denver in January 2003. She had graduated from UNC in December 2002 and we were ready to start our life.

In 2006 while paying my student loans online I came to the conclusion that it was time to finish my degree. I enrolled in online classes and in May of 2007 I earned my Sociology Degree from the University of Northern Colorado.

In the summer of 2009 my wife told me she was pregnant with our first child. I was still a general manager at Quality Auto Sound and we were fairly happy with where we were at. March of 2010 my daughter was born and I decided it was time to make a change and get a “real” job. My neighbor worked in the insurance industry and was able to connect me with Northwestern Mutual.

I went through several interviews and got my series 7 and 63 and in the fall of 2010 I started my new career as a financial representative with Northwestern Mutual. I had good mentors, but I had no idea what I was doing or how I was going to make this work as it was a full commission job. I cashed out my 401K from the auto sound store and went to work. In the spring of 2011 it became clear that I was not going to make it at Northwestern Mutual but I looked at it like an education in the business and financial world. I grew a lot in those 10 months.

Well, now what? I searched all the job forums and came across a job as a financial representative with JP Morgan Chase. I was hired in July of 2011 and started to my career over again at the bottom working in a call center for retirement plans. It wasn’t the most glamorous job but it again furthered my skills and added lines to my resume. I worked my way up to Team Lead at the call center, working to train new reps and coach our existing reps. In September of 2014 it was announced that we were being sold to a new company called Great West. I decided that it was time to start looking to further my career either there or at another company. In September of 2015 I started at Charles Schwab.

Since September 2015 I have been a Restricted Stock specialist at Schwab. I work with securities and employees at companies to clear shares of stock for sale. When I interviewed I had never worked on an actual trade desk before but with my past customer service skills and work in the retirement call center I was hired. I love my career and the people that I work with. I couldn’t have imagined that I would have make the transition to where I am now 15 years ago when I was working retail with no college degree.

Students, regardless of major, can explore career pathways and current opportunities through the UNC Office of Center for Career Readiness.