The mission of the UNC Herbarium ("GREE") is to help advance our knowledge of plants.

Our present specific goals are:

GREE (shortened from "Greeley") is the standard acronym for the UNC Herbarium, which currently has about 35,000 specimens, about 10,000 of which are backlogged (not mounted and filed). Over the past eight years GREE has been the fastest growing herbarium in the region on a percentage basis, having increased its holdings by over 300%. Estimated specimens by geographical origin include:

Our facilities include were renovated in 2002 and currently provide storage capacity for about 65,000 specimens.

What is a Herbarium?

Each specimen has a label that indicates the scientific (=Latin) name of the specimen, who collected the plant, the collector(s)' number, and date and place of collection. Labels generally contain additional data such legal descriptions (latitude/longitude, or Township/Range), habitat and other ecological conditions, and associated species. With the advent of Global Positioning Systems (GPS) technology, accurate latitudinal and longitudinal data ("geo-referencing") are now considered essential for new collections. Such data are extremely useful for applications with Geographical Information Systems (GIS) technology.

An important mission of any active herbarium is the lending of specimens to recognized institutions for scientific research. GREE currently has several thousand specimens on loan to it for research and several hundred on loan to other institutions.

Why Are Herbaria Useful?

Herbaria are important because they are the storehouse of most scientific data relating to plants.

Recent estimates suggest that at least 325,000 species of vascular plants exist worldwide. This figure is up from a number of about 250,00 that was cited in the recent past. Nobody knows the exact number of species. However, it may surprise many to learn that many thousands of plant species still remain to be discovered and formally described in the literature. Most new species will come from tropical areas. The curator of GREE is actively involved with this type of research, focusing primarily on the myrtle family (Myrtaceae).

Despite the concentration of undescribed species in tropical regions, Hartman and Nelson (1998; Taxonomic Novelties from North America North of Mexico, Missouri Botanical Garden Press) recently documented that 1,197 new plant taxa were described from North America (excluding Mexico) from 1975-1994. Herbaria are the repositories in which nearly all taxonomic data ultimately reside (in the form of preserved specimens).

One important spin-off of floristic research - general plant collecting in specified regions - is that it tends to remove candidate species from consideration for addition to the US Endangered Species List. Well over 100 species have been removed from the candidate list, due largely to floristic studies carried out at the Rocky Mountain Herbarium.

The Southern Rocky Moutain Reference Collection (SRMRC) is a separate collection of one or two specimens (flower and fruit) of each taxon of vascular plant known to occur in the Southern Rocky Mountain region. Its purposes are for use as a teaching tool for BIO 330 (Plant Systematics), and more generally to expedite the ability of all herbarium users to confirm tentative identifications without having to spend as much time in the main collections.

The SRMRC is also used to provide a source of specimens for educational demonstrations to school classes, civic groups, and other interested visitors. The collection currently has over 2200 taxa and is expanding continuously. 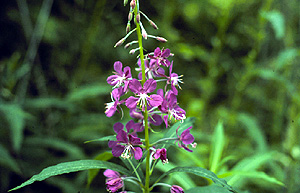 GREE has 27 type specimens that are filed separately in red folders, most of which are isotypes. However, numerous paratypes of Myrtaceae are filed with the main collections and are indicated as such.

What are Type Specimans?

Type specimens are nomenclatural standards that serve as the permanent physical link to a scientific name. They are irreplaceable and typically curated with extra care, and often locked away from the main collections.

Why are type specimens needed? When a botanist finds a new species, it is must be described following conventions contained in the International Code of Botanical Nomenclature. Once this is accomplished, the type specimen(s) are the permanent physical example of that name. When writing taxonomic revisions and monographs, taxonomists routinely check type specimens to confirm that scientific names are being applied properly. This is necessary because names occasionally are misapplied, sometimes for hundreds of years. Such errors can be corrected only if the botanist has checked the name and the description of that species against a type specimen.

The holotype is the single specimen designated by the describing author (of a new species) as the type specimen. The herbarium in which the holotype is deposited must be indicated in the original description. If duplicate material of the holotype was collected at the same time and place by the same collector (not necessarily the person who is describing the new species), then such duplicate specimens are called isotypes. Botanists routinely collect isotypes of known new species, since in rare cases holotypes have been destroyed. For example, the herbarium at Berlin tragically lost many of its type specimens from bombing campaigns during World War II.

The convention to adopt type specimens dates back to 1930, at a Botanical Congress in Cambridge, although the idea to adopt types was presented even earlier. Prior to that time, many plants species were described in the literature with little or no mention of specimens that represented that species. In such cases, botanists eventually must designate a lectotype. A lectotype is designated by a later researcher in cases where a holotype was never designated. Designation of lectotypes requires extensive research, and preference is given to specimens located at the herbarium of the original author who made the description, or among material believed to have been seen by the original author. If duplicate specimens exist of the lectotype, then these are isolectotypes.

The International Code of Botanical Nomenclature, which governs the description of species and use of type specimens, is re-analyzed every six years prior to and at the International Botanical Congress. At that time, proposals to amend or change the Code are debated and voted upon. The last Congress, in 2011, was in Melbourne, Australia.

GREE is organized phylogenetically by family following the published Angiosperm Phylogeny Group II Classification (Bot. J. Linn. Soc. 141: 399-436. 2003). It is probably one of only a few herbaria in the world to be based on such a recent classification. Genera, species, and infraspecific taxa follow the "Provisional Checklist of Vascular Plants for the Southern Rocky Mountain Interactive Flora (SRMIF)" by Snow and Brasher. For taxa from other parts of North America, we largely follow Kartesz and Meacham (Synthesis of the North American Flora)." 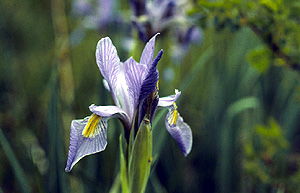 The world's largest herbarium is located at the Natural History Museum in Paris, France, which has approximately 9 million specimens. Some of the other large, historically important herbaria include:

However, many other collections worldwide are in excess of a million specimens.