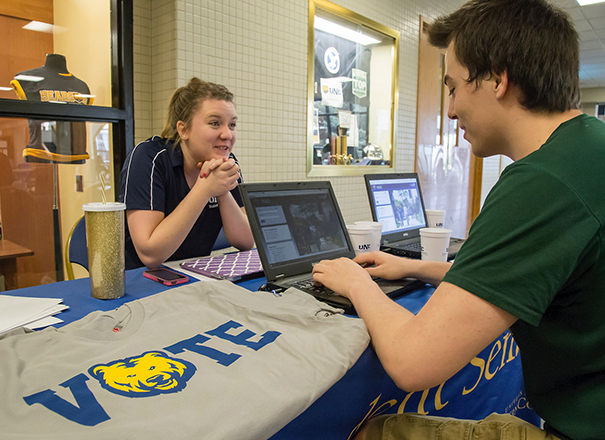 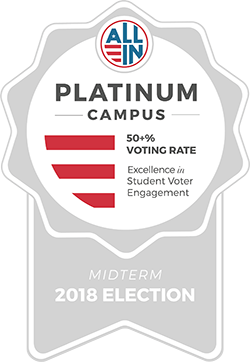 Student participation in elections continues to increase at the University of Northern Colorado, with 53% of UNC students voting in the 2018 midterm election.

UNC’s turnout, above the national average, resulted in recognition from the ALL IN Campus Democracy Challenge, a national, nonpartisan initiative that supports efforts to increase turnout.

According to the National Study of Learning, Voting, and Engagement, an initiative of Tufts University’s Institute for Democracy & Higher Education, voter turnout at the more than 1,000 institutions participating in the study increased by 21 points from 19% in the 2014 midterm election to 40% in the 2018 midterm election.

UNC Students and the 2018 Election: