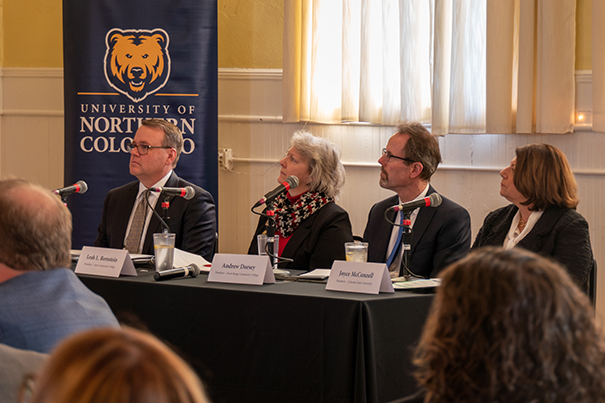 Four institutions provide impressive return on investment and support one of every eight jobs in Larimer and Weld.

The four public colleges and universities in Northern Colorado added $3.9 billion in income to the economy of Larimer and Weld Counties and supported one of every eight jobs in the region in the fiscal year 2017-18, according to the results of a new economic impact study released Feb. 25.

The study uses a wide array of data based on several sources, including the FY 2017-18 academic and financial reports from NoCoPCU; industry and employment data from the Bureau of Labor Statistics and Census Bureau; outputs of Emsi’s Multi-Regional Social Accounting Matrix model; and a variety of published materials relating education to social behavior.

Highlights of the economic impacts of NoCoPCU for Larimer and Weld Counties include:

The overall economic value is significantly higher than was measured in a similar study conducted two years earlier, and the count of supported jobs increased markedly, due to updates and improvements in methodology, background data, and institutional data. As a result, the present study offers a more relevant, comprehensive picture of the institutions’ value.

Student Perspective
NoCoPCU’s FY 2017-18 students paid a present value of $641.5 million to cover the cost of tuition, fees, supplies, and interest on student loans. They also forwent $495.8 million in money they would have earned had they been working instead of attending college.

In return for their investment, students will receive $3.6 billion in increased earnings over their working lives. This translates to a return of $3.20 in higher future earnings for every dollar students invested in their education. Students’ average annual rate of return is 12.3%. The study notes this return outpaces the average 9.9% return investors see in the U.S. stock market.

Taxpayer Perspective
Taxpayers provided NoCoPCU with $307.2 million of funding in FY 2017-18. In return, they will benefit from added tax revenue, stemming from students’ higher lifetime earnings and increased business output, amounting to $1 billion. A reduced demand for government-funded services in Colorado will add another $236.1 million in benefits to taxpayers.

For every dollar of public money invested in NoCoPCU, taxpayers will receive $4 in return, over the course of students’ working lives. The average annual rate of return for taxpayers is 14.1%.

Social Perspective
In FY 2017-18, Colorado invested $2.5 billion to support NoCoPCU. In turn, the Colorado economy will grow by $12.4 billion, over the course of students’ working lives. Society will also benefit from $649.5 million of public and private sector savings.

For every dollar invested in NoCoPCU in FY 2017-18, people in Colorado will receive $5.20 in return, for as long as NoCoPCU’s FY 2017-18 students remain active in the state workforce.

Quotes from the presidents of the NoCoPCU institutions

Dr. Leah L. Bornstein, Aims president
“At a time when many have questioned the necessity of higher education, these data points demonstrate both the inherent value of post-secondary credentials to a region and the need for continued support of higher education.”

Joyce McConnell, CSU president
“Public colleges and universities offer an incredible return on investment, not just for the students who receive a life-changing education, but for the communities that are home to the institutions. This report reinforces the critical role higher education plays as a key driver of our regional economy, and the ripple effect institutions have in making our communities desirable places to live, work and learn.”

Andrew Dorsey, Front Range Community College president
“This data shows that both students and the public earn a high return on their investments in higher education. And it confirms what we hear regularly from our graduates – that education opens doors and changes lives.  As more and more jobs require post-secondary credentials, the benefits of public education to students and to Northern Colorado will only grow. “

Andy Feinstein, UNC president
“This report affirms the important role of Northern Colorado’s public higher education institutions not just as gateways to opportunity, but as economic engines for our communities, the region, and the state. Simply put, whether you are a student pursuing a degree, a state or local government, or a partner in industry, there is always great value in investing in higher education.” 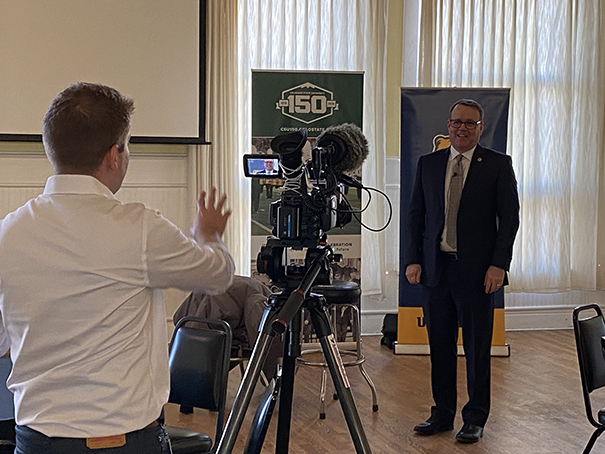 About Emsi and the NoCoPCU institutions