As the stock market went through its acrobatic reactions to the Coronavirus, students in UNC’s SAFF Class took the volatile ride in stride – and gained real world experience in the midst of a financial crisis.

At the beginning of spring semester, students in the Student and Foundation Fund (SAFF) class in the Kenneth W. Monfort College of Business created an economic forecast during a bull market. By the time they left UNC for spring break on March 13, things weren’t looking so rosy. In just a month, the DOW had dropped more than 20% to enter bear territory for the first time in 11 years.

John Clinebell, D.B.A., a professor of Finance in the Monfort College of Business, has been teaching the SAFF class for many of the years since its inception in 1992. The 16 students in his class this past January weren’t just putting together a theoretical economic forecast – they were preparing for a semester where they would manage a substantial portfolio for one of the earliest student-managed funds in the country.

“Most of the (other student fund) programs were done at a graduate level,” Clinebell says. “A lot of people consider it very risky to let undergraduate students manage money. Our foundation board and the investment committee is fantastic. They were extremely supportive and were willing to give it a chance because they could see the potential learning benefits for students.”

The first class started with a portfolio of $200,000. Currently – even with the volatility of the past few months – the class has two portfolios totaling about $2.7 million of the University of Northern Colorado Foundation’s investment assets.

“Over the years the Foundation has given us more money. We've given them money back (for student scholarships). About six years ago, a donor gave us more money to manage, so we're now actually managing two separate portfolios,” Clinebell says. One portfolio has a traditional investment strategy while the other has a strategy that includes alternative investments.”

As news of the Coronavirus first began to emerge early in the semester, students began to debate and discuss what its impact would be on the U.S. markets. 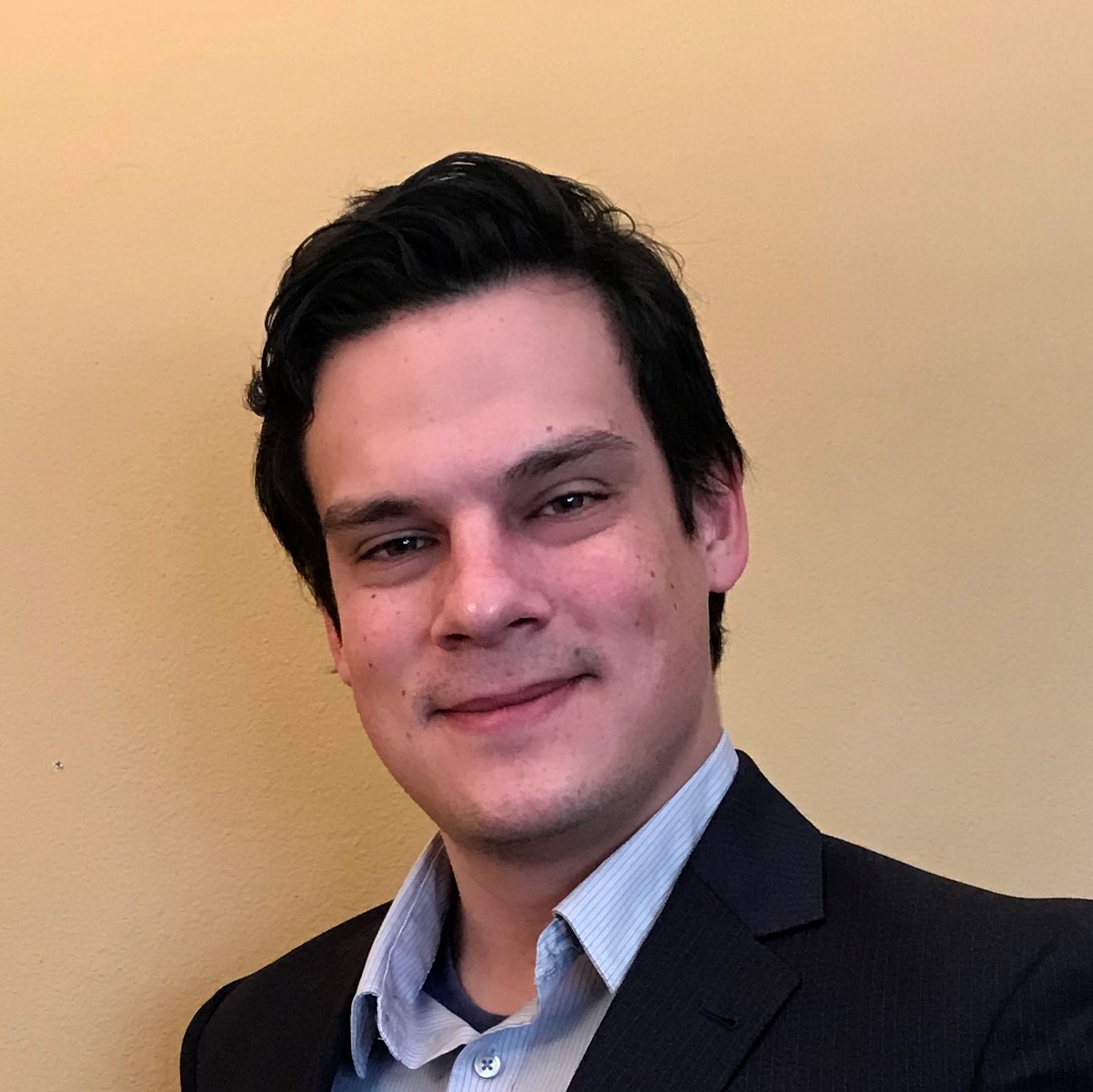 “Our SAFF class meets every Wednesday, and from the beginning of this semester when the COVID-19 virus was starting to spread in China, we expected some impact on the US economy,” says senior Finance major Samuel M. Tegethoff, from Fort Collins. “There were pretty strong opinions on both sides, with some students thinking the economy was going to take a major hit and some – including me – unsure how much of a negative impact the virus would have on the U.S. economy. I based my opinions off the relative strength of U.S. equity risk markets, and the mature bull market economy we’ve been experiencing for many years.”

Clinebell says there were some discussions and concerns about the virus’s impact before break, but not enough for the class to really take any major actions at that point. “The last time we met before break, I think it had spread into Iran and maybe Italy. So, some students were concerned about potential global impact, but we really didn't have a lot of information yet about the U.S.,” he says. 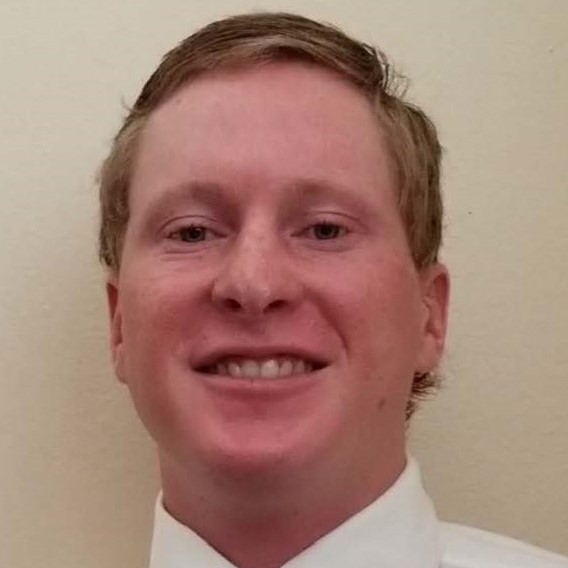 Colby Simpson, a senior Finance major from Paonia, Colorado, says that it was over spring break when the class began to realize the COVID-19 virus would not be a short-term setback for the market. “We witnessed the market as a whole drop by almost 30% and enter bear territory,” he says. “Prior to the bear market, the fund was over $3 million. My first thought was, ‘What a semester to be in the SAFF class.’ We’ve seen some of the worst days and losses in 30 years, but my mindset throughout it all has been to not panic. At the end of the day, we have a long-term outlook on the fund, and the fund will undoubtedly be back up over $3 million in the next five years.”

Tegethoff echoed Simpson’s long-range views. “The time horizon of this investment fund is very long, meaning that short term volatility and fluctuations aren't really a factor in our decision making. We try to look five years into the future and predict how certain assets will perform over the long term.”

If they sound calm in the face of a market that has caused others to panic, it’s a reflection of the teachings and philosophy of the class. The class has weathered crashes before.

Clinebell remembers the SAFF Class meeting the night of September 11, 2001. He’d planned to cancel class, as most classes at UNC that day had been canceled. But the class was set to meet for few minutes, which turned into almost the full three hours.

“I asked them, ‘Well, do you want to just sell everything off when the market's reopen?’ and they were like, ‘Well, no, we can't do that. That wouldn't be right.’” They ended up discussing what to watch for and what they expected to have to deal with.

“Most of them are very good about trying to be objective because if you're managing money, especially if you're managing money for a foundation for someone else, you can't let your emotions drive your decisions. You have to be objective. You have to try to be analytical.” He says the market’s volatility in March, with record-high days followed by record-low days, was in part due to overreaction and uncertainty.

As the class logs onto Zoom remotely on that first day back after spring break, they started by working through a range of estimates in the decline of the Gross Domestic Product (GDP) of about 10% to 15%.

“They estimated a pickup in the third quarter,” Clinebell says, “although they're still kind of arguing about how much they think it's going to pick up. Some think that by the time we get to July, August and September, you're going to have pretty strong growth in the economy, upwards of 15% or 20%. Some of the students are a little more hesitant – they think it's probably going to be lower in the third quarter.

The students threw out different ideas, began to research what others were forecasting, then would spend the next week coming up with their own forecasts and deciding which sectors of the economy they wanted to overweight and underweight.  The students must invest according to the Foundation’s Investment Policy established by the Board of Directors and the Investment Committee and use the research to make decisions according to this direction.

“They're the ones responsible for managing money, so they have to decide what they believe,” Clinebell says.  “I don't know where they're going to come out because that'll be in our next session. They're going back now and doing their work on their own to research and come up with their proposals.”

Before the next class, each student will submit their proposals to the other students to allow everyone time to review them.

Then, says Clinebell, they’ll present their proposals in class. “Maybe someone will say, ‘OK, listen, I think we need to put more money into Duke Power, which is a utility company because it's defensive and has a good dividend.’ And they'll go through all the reasons why we should put money into it, how much they think we should buy. They’ll explain why and how it fits into the portfolio and how it meets all our goals and objectives.”

Then, after some intensive discussion and questions, the class votes. Clinebell explains that the class makes the final decision.

“They're the managers. For it to be a real experience, they have to be responsible. So, when it comes to votes, I don't vote, and I don't veto their decisions.”

Clinebell lets them make those decisions, even in the face of a crisis like the Coronavirus.

“These kinds of crises are horrible for individuals’ portfolios and for retirement accounts, they hurt the economy, and cause unemployment and tremendous pain, but they provide tremendous learning opportunities,” he says.

And the SAFF class lessons are opportunities that both Tegethoff and Simpson value.

“Going through such a volatile time in the market has taught me to remain calm and not make rash decisions,” Tegethoff says. “Stick to your fundamentals and trust in your forecasts.”

Simpson agrees. “Dr. Clinebell has preached patience and hasn’t allowed us to overreact. We have no doubt the market and economy will eventually rebound, so making the most through that rebound and setting the fund up properly for the summer is our main goal now,” he says. “This experience has been invaluable. Despite being in one of the worst semesters in terms of market losses, the experience is probably much more valuable than if the market just steadily increased. Selloffs like this will no doubt continue to occur throughout our lives, so having some real-world experience under your belt with watching a $3 million portfolio lose over a quarter million dollars really teaches you how to not overreact.”