Skulls, Animal Skins and Gold: Welcome to the History of Bookmaking 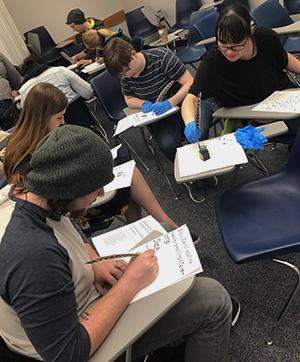 Before the printing press was around, books were created with materials that might be considered shocking today, such as animal skins, gold, plant materials and other unique materials — skulls were even used as writing surfaces!

However, this isn’t a surprise in the University of Northern Colorado’s English 495 class, “History of the Book,” taught by English Associate Professor Kristin Bovaird-Abbo, Ph.D. One of the key assignments of this class allows students to re-create a manuscript page using some of the techniques that were used to produce the first books in the ancient world.

“A lot of students grew up on computers and didn’t have the experience of writing on typewriters, so I wanted them to have a chance to see what it was like for a medieval scribe to put together a work,” said Bovaird-Abbo. “The class used heavy-duty paper instead of vellum, which would have been made from animal skin and is very expensive; the students also used turkey feather quills with a medieval recipe for ink to complete their writing.”

Along with the manuscripts project, the class also attempted to make illuminations — a process of gluing a thin, fragile sheet of metal, known as gold leaf, in the shape of a 'W' to the front of their manuscripts, which Bovaird-Abbo describes as “a very difficult process” though she was impressed with the results. The process is called "gold leaf" because the metal foil is very thin like a leaf.

Another example of an assignment includes working with the moveable type that’s typically found in printing presses. One of the innovations of the printing press in the 15th century was the use of moveable type cast in metal, as opposed to woodblocks; woodblocks wore down quicker and were time-consuming to make. The students had the opportunity to use small pieces of Baskerville type, which originated in the mid-18th century, to compose phrases. This tricky assignment involves placing the letters on backwards, which makes it easy to accidentally flip a ‘b’ or ‘d.’ 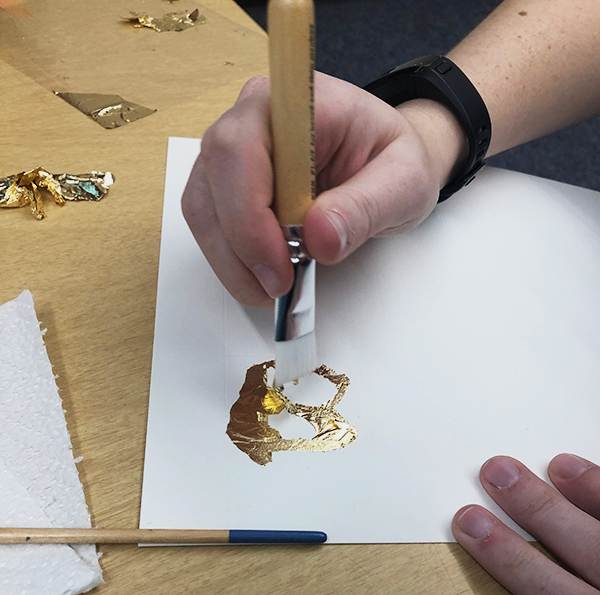 A student removing excess foil after gluing the gold leaf down. 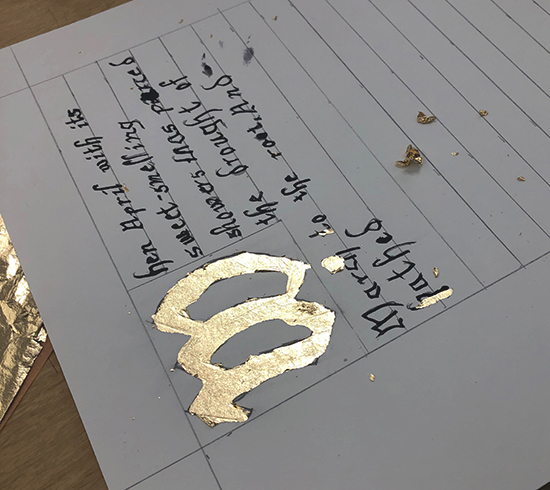 The end result of the gold-leafing technique. 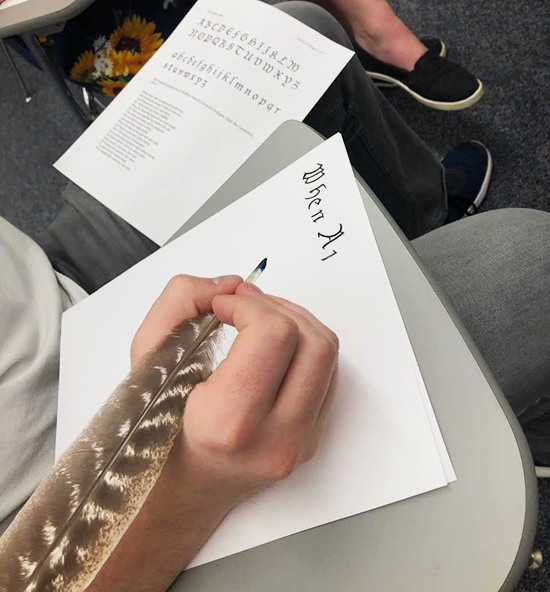 A student using a turkey feather quill to write letters in the Blackletter font, also known as Gothic, which was very common through the medieval period in Europe. 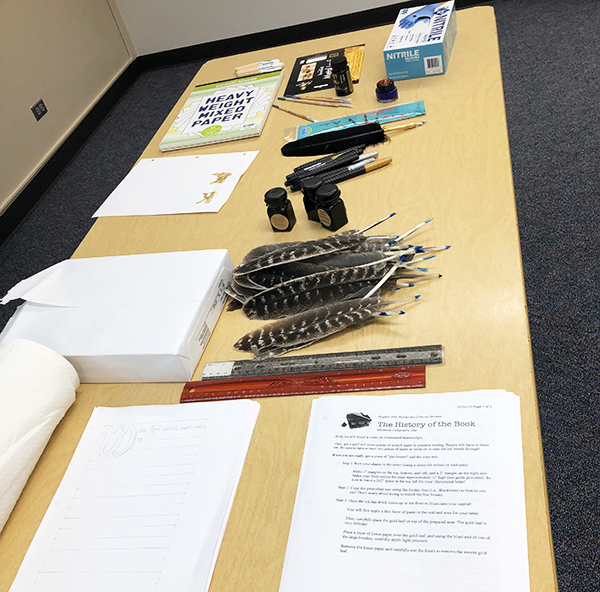 Materials that are commonly used in the "History of the Book" class including rulers, turkey feather quills, ink and more. 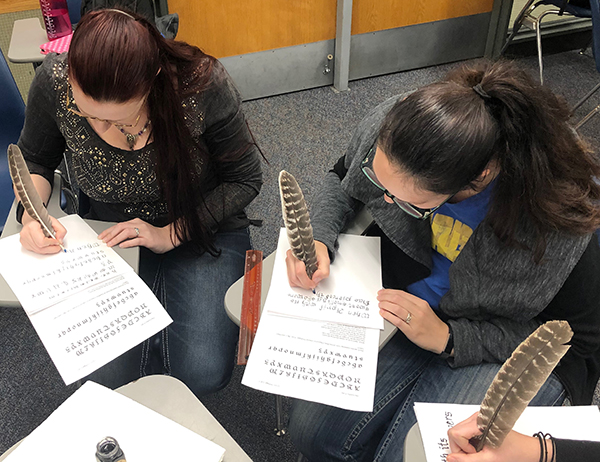 This is the first time that Bovaird-Abbo has taught this course, but she’s hopeful that students will enjoy it, so she can teach it again in the future. Mary Harbert, a senior English major, had this to say about the class:

“Abbo's History of the Book class has been an amazingly hands-on experience. Each day is something new, from being able to handle pages and books dating back hundreds of years to working with historically accurate ink and quills. Being able to get a true feeling of all the components of the book, from how it's made to how it began, has been immensely satisfying as an English major and fellow book lover. This is my last class before graduating and I'm glad to have such engaging content each day."

English 495 is a chronological survey of the history of books starting with stone and papyrus and ending in modern digital books we see today. The main focus of the class is the Western world, but there is time dedicated to places like China, Japan and Egypt.