Making a Game of It

Your kids’ schools are closed, and you’re working from home. Looking for some ideas to help all of you stay sane? Here’s how to engage your kids in something they love.

In Matt Farber’s house over spring break, he, his wife and 9-year-old son were playing “Pandemic” – a board game that requires players to work together as a disease-fighting team to save the world. Farber’s role was as a dispatcher, his son was a medic and his wife was a quarantine expert.

Playing a game about pandemics during a pandemic? Ironic, yes, but as Farber points out, it’s also relevant in the lessons it teaches. 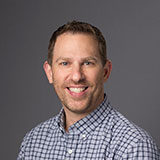 “It engenders a real teamwork mentality,” Farber says. “It's a cooperative game – not in the sense that everybody wins a soccer trophy for showing up. The game is more about ‘If we don't all work together to solve this one problem and strategize together, then we're not going to be able to succeed in solving this really difficult problem.’”

Matt Farber, Ed.D., is an assistant professor in the School of Teacher Education at the University of Northern Colorado and an expert on game-based learning.

As students and families prepare for some extended time at home during the coronavirus (COVID-19) pandemic, he offers some insights, ideas and resources for making the most of that time.

“Being a gamer doesn't mean you have to be locked in the basement drinking orange soda and having a headset on playing World of Warcraft,” says Farber. Some of the board games he recommends: Scrabble, Pandemic, Ticket to Ride, Catan, HedBanz, Apples to Apples and Monopoly – most of which have developed multiple versions that can offer kids opportunities to experience the games differently – and create their own version.

“HedBanz, which is like a reverse charades with the card on your forehead, and you have to guess who you are, also has Disney HedBanz for example. Have kids play it a little bit and then it becomes a project to make their own version of it. And all you need are index cards or cardboard. You play Apples to Apples and then have the kid make their own deck of Apples to Apples. And then you play that the next day. And that's learning. You’re using the game as a tool to engage and to create deeper learning, and then it's creating playful way of approaching sometimes difficult content.

If you’ve got a little downtime at home, check out these resources for more information: