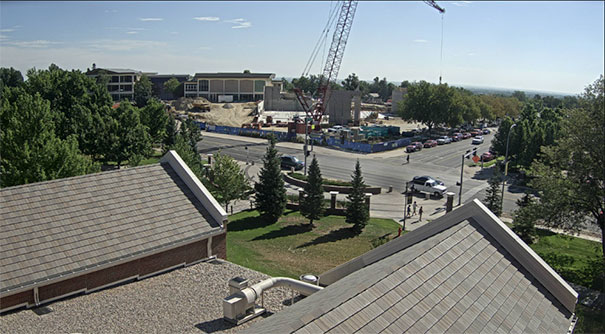 A tour Wednesday organized by Provost Robbyn Wacker of the Campus Commons construction site afforded the opportunity for an up-close look at the progress of UNC's signature project.  When completed and occupied in fall 2018, the showcase building will offer a unique integrated student support function and state-of-the-art space for UNC's world-class performing and visual arts programs in addition to being the starting point for campus tours and all visitors. 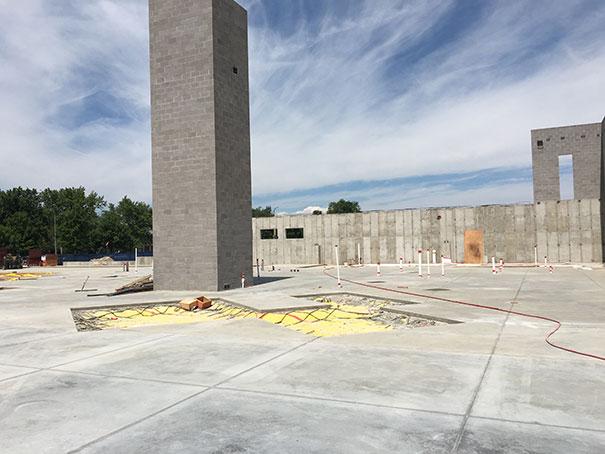 In her presentation before the tour, Wacker said a "social stairwell," which will be constructed in the recessed area in front of the elevator shaft, to the upper level is designed to encourage interaction. 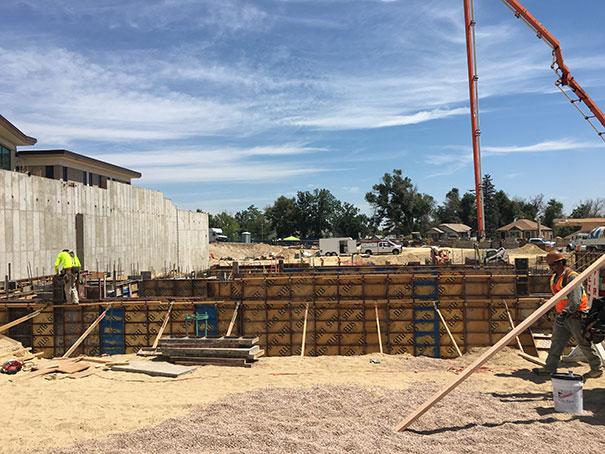 West side of theater

The west side of what will become home to the 600-seat theater and performance space. Wacker noted previously performing and visual arts students have performed in retrofitted buildings. 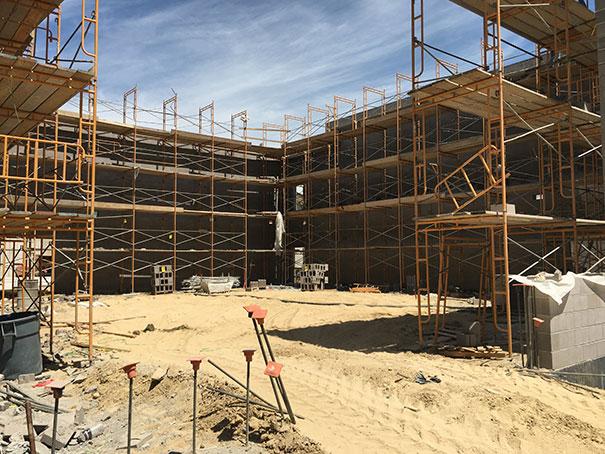 Inside the 400-seat auditorium, which will provide a tiered space for presentation including new student orientation. 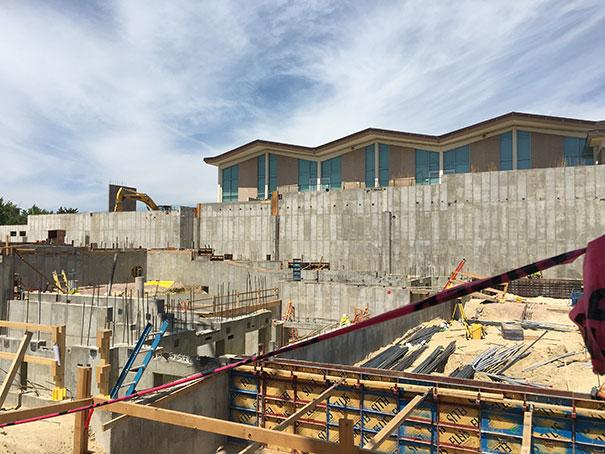 Looking back at UC

Wacker said the accordion design of the University Center, looming in the background behind what will be the theater, will be incorporated into the covering over the quad area — the space between the Commons and the UC. An intentional design element to help tie the two buildings together. 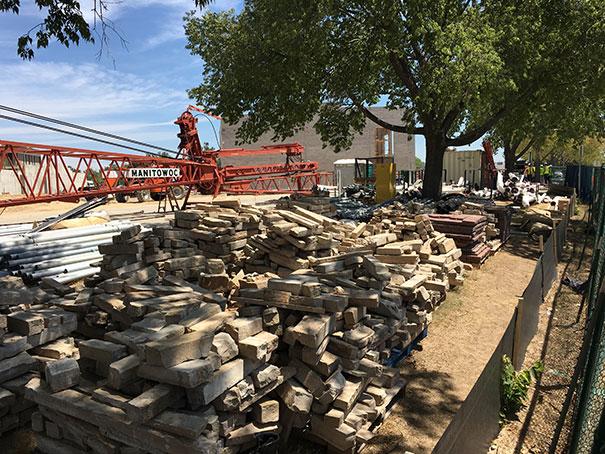 The brick and rock used in the Commons is intended to match the look and feel of the university — a challenge given that the UC built in the late 60s flanks the Commons on one side and newer residence halls and Ross Hall are adjacent on the other. By the way, the red boom of the crane in the background will extend some 300 feet to cover the entire site.