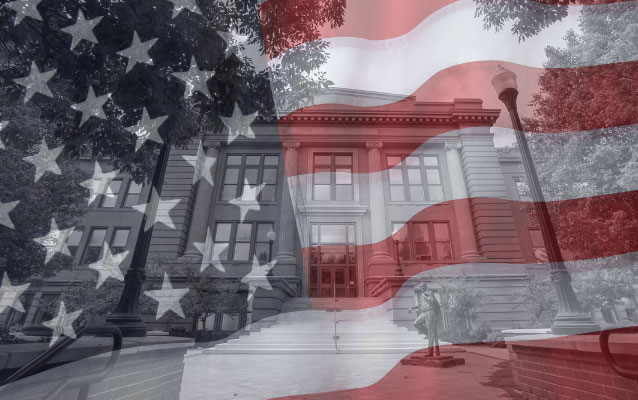 Thank you to the military and veteran students who make a commitment to service and pursuit of a higher education.

Larry R. Vosmera envisioned a future full of opportunities for northern Colorado’s upcoming business leaders.  The Larry R. Vosmera Scholarship Endowment, created by the Vosmera Foundation following Vosmera’s death in April of 2017, will provide scholarship support to UNC business students who served or are serving in the United States military, or are a participant in the university’s Reserved Officer Training Corps (ROTC) program.

In addition to creating a new scholarship, the Vosmera Foundation provided funding to support the Campus Commons. Currently under construction, the Campus Commons will house university Center for Career Readiness and serve as a welcome center for guests; functions that reflect Vosmera’s commitment to the Northern Colorado business community.

“Larry’s lifelong ties to the Greeley community and his affection for the University of Northern Colorado make this endowment and Campus Commons naming opportunity the perfect fit for his wishes,” shares foundation representative Jason Williams.  “The Vosmera Foundation’s hope is that the scholarships this endowment creates honors those who serve our nation.”

The challenges that student veterans often face are generally unseen. Many deal with the transition to an academic setting for the first time in over four years. Others struggle with affording their education when federal benefits do not cover the full cost to attend college. The Vosmera scholarship will help alleviate these burdens and allow UNC's military affiliated students to better focus on their studies.

“The Larry R. Vosmera Scholarship Endowment will be instrumental in assisting those who have served or are serving our country’s military by allowing them to focus on their academic pursuits as opposed to the financial burden that often occurs,” says UNC Director of Veteran Services Dan Turnbeaugh. “For those pursuing a degree at the Monfort College of Business, this endowment will support not only our current student population, but also those it attracts to attend UNC. The scholarship will continue to strengthen the support that UNC has for our military affiliated students.”

Vosmera grew up in Northern Colorado and graduated from Greeley Central High School in 1967. He studied finance at Colorado State University and was involved in ROTC and the Delta Upsilon fraternity. Vosmera received a commission as Second Lieutenant in the U.S. Army in 1971 and was honorably discharged in 1979.

Applying his business degree, Vosmera joined the family company Nor-Colo Distributing, an Anheuser-Busch distribution business owned and operated by his father George. Beginning as a driver, Vosmera grew with the company. He eventually assumed the role of CEO and became the youngest member of the Anheuser-Busch Advisory Board. Throughout his career, Vosmera actively built relationships in the region’s business community and served on the boards of First National Bank of Greeley and the University of Northern Colorado Foundation.