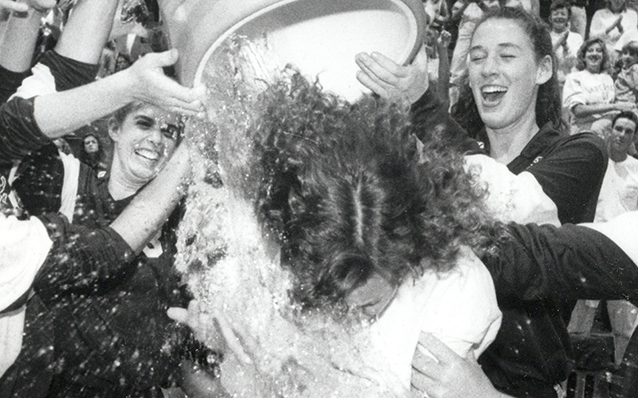 The University of Northern Colorado Volleyball program has seen plenty of success over its first 49 years, winning over 900 matches, making 19 NCAA Tournaments, winning 12 conference titles and having 13 players named All-American. Not bad for a program started by a physical education professor.

Rosemary Fri arrived on campus in 1959 as a physical education professor. In 1967, she started the women’s volleyball program, five years before Title IX was implemented. For Fri, it was about giving women the opportunity to compete in athletics.

“I was fortunate when I went to high school in California we had competitions for girls and we traveled to nearby cities and had league play. Then I went to UCLA and they didn’t approve of athletics for women at that time,” Fri said. “So, when I came to UNC I knew how important it was for women to get an opportunity to learn and compete, so we started the program. I say ‘we’ because we had some outstanding physical education people that volunteered to coach different sports, and the program really did quite well in that time.”

That jump start for the program helped lay the groundwork for success. From then on, the program has gone on to flourish, winning .683 percent of its matches, and seeing just four coaches lead the program in that time.

“UNC’s volleyball program is very unique in the fact that when we started out we had physical education majors that were very talented and very skilled,” Fri said. “Then we get a coach that is very talented and skilled in developing local athletes in Linda Delk. Then we had Ron Alexander for a while and then were very lucky to get Lyndsey Oates.”

While Fri started the program and laid the groundwork for it, it was Linda Delk who solidified the foundation and built the house that is University of Northern Colorado Volleyball. Delk became the head coach in 1976 and led the program all the way into the 21st century. In that time she won over 700 matches and led the program to 14 NCAA Tournaments, including four Elite Eights. 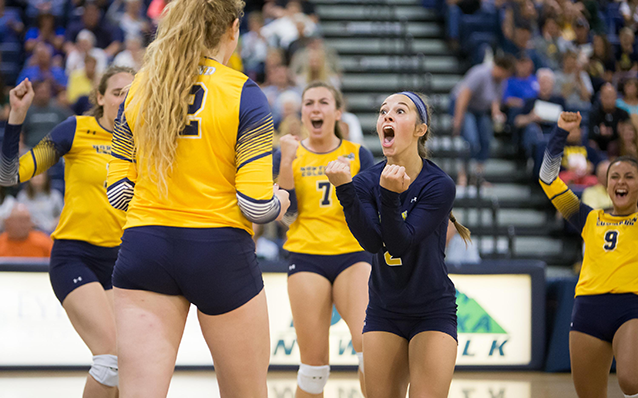 For Delk, it wasn’t about being a volleyball coach that drew her to UNC, it was again the physical education program.

“I came to UNC in 1976 because I was going back to school to get my master’s degree. I applied to get a teaching assistantship, which turned into a graduate assistantship as the head coach of the team.”

The foundation that Delk and Fri built for the program can still be felt today.

“UNC has had a lot of success and that goes back to the foundation of the program and its dominance as a physical education program and how forward thinking they were with women’s athletics back in the day,” current Head Coach Lyndsey Oates said. “That kept it a step ahead of most schools and then was able to keep that edge.”

Part of that foundation and edge that was set back when the program first formed was the identity of a blue collar team. With that, the coaches found players that fit that model, such as Dana Cash, Teale Goble, Debbie Ponis, Erin Deffenbaugh and Stormie Wells, just to name a few of the UNC greats.

“UNC volleyball has had so much success, because we stick true to our mission. We know what type of athletes will work well,” former head coach Ron Alexander said. “That type of athlete is blue collar, hardworking, that fits in well to Greeley. You know when they make their way across campus and say this is home, that the person is going to do really well here. You want a competitor, but you want somebody that loves UNC as much as we do.”

That blue collar mentality not only fit the team, but the city of Greeley as well, bringing a strong bond between the two.

Between the strong foundation, consistent success and great connection with the community, University of Northern Colorado Volleyball has seen success for the past 50 years, and many more to come.

The 2017 season marks the 50th anniversary of volleyball at the University of Northern Colorado. We invite you to kick off this season-long celebration on a weekend honoring the rich tradition and success that our program has achieved on August 18-19. This kickoff celebration will feature a full day of activities including a luncheon, the annual volleyball alumni match, a tour of the newly renovated Butler-Hancock Athletic Center, and much more. If you are not able to attend we encourage you to show your support for 50 years of UNC Volleyball by making a gift to the UNC Volleyball Bear Attackers fund. You can also follow the season-long celebration on our special 50th Anniversary event page.