In a warehouse on the outskirts of Portland, Oregon, you will find Kabuki Strength. Part gym, part fitness manufacturer, part shipping hub, and part recording studio – Kabuki Strength is not the company you might expect from a real estate developer. But mix in a master of arts in physical education from UNC, a strength in sales, and Rudy Kadlub’s enterprise starts to make a lot of sense.

“I started looking at graduate assistance opportunities and put out my resume to a lot of folks. When I talked to UNC, there was a guy who coached me at Davis, he was leaving and said there would be a spot available,” recalls Kadlub. “I flew back to interview and the next thing I knew I was packing up my Volkswagen van and headed to Colorado.”

While at UNC, Kadlub completed his master’s degree in physical education in 1974, completed his doctoral coursework, and coached the UNC Bears offensive line. He even spent a year as UNC’s alumni director. During his tenure at UNC, the Bears won the Great Plains Athletic Conference title four times and saw a player drafted into the NFL.

After four years with the Bears, Kadlub accepted a coaching offer that took him to Boise State University, where he spent the remainder of his collegiate coaching career.

At the time, college football coaches earned small salaries and many chose to supplement their income with jobs in between seasons. While in Boise, Kadlub chose to spend one summer selling real estate.

After those first two months, Kadlub left his summer job to resume coaching responsibilities for the upcoming Boise State football season. Once the season ended, and with several coaching offers on the table, Kadlub made the choice to switch careers and enter real estate full time.

Already in Boise, Kadlub began a 14-year career selling and developing real estate until a Portland General Electric buyout of his employer meant a new job and a new location.

“I brought our homebuilding company from Boise to Oregon to complete a project in Beaverton. When Portland General Electric decided to exit the real estate development business, I negotiated a leveraged buyout and began Costa Pacific Communities in 1990.

Kadlub’s operation grew from building 50 homes a year to developing large, master planned communities. For the next two and half decades, he grew the business and earned national awards, until a meeting in the early 2000’s pivoted his career back toward physical activity.

“Chris and I met at a powerlifting event that I hosted at a gym where I trained,” says Kadlub speaking of his current business partner Chris Duffin.

“He was a young engineering executive and a very strong powerlifter. I asked him where he trained and he said ‘my house’ then invited me to join him.”

What began as a few acquaintances training and lifting in Duffin’s cramped basement, quickly became a growing group that moved to the garage before additional space was needed.

“We had 15 or 20 people training in the garage and that got too busy and annoying for [Duffin’s] family,” joked Kadlub. “One afternoon we said, if all these people paid something, I could probably find, from a real estate perspective, an inexpensive space that we could rent and create a pretty cool gym. So that’s what we did.”

Employing his real estate expertise, Kadlub found and leased a location allowing the group to open Elite Performance Center in June of 2010.

The need for space continued when their lease expired in 2014, requiring Kadlub to reinitiate the hunt for a new gym.

“I found this space,” speaking of their current location. “[It] is 8800 square feet, over two times larger than the other place we had.”

Despite the rapid growth, Elite Performance Center remained just a hobby for Kadlub and Duffin. They kept their full time jobs while training in their new gym with equipment they designed and built in-house. Kadlub continued competing in powerlifting racking up dozens of world records. They shared videos of their lifts on Duffin’s YouTube, much like many other powerlifters.

“We had no employees. Everybody just got a key and they paid their dues; they came and we did it just to have a cool place to train,” recalls Kadlub. “We always talked about, even back in the garage, whether if we made something, would other people buy it.”

Their chance came when Duffin and the team’s chiropractor designed a new piece of equipment, the ShouldeRök™. They passed on the specifications to a local machine shop, which created 50 replicas for sale.

Sharing their new product on Duffin’s YouTube Channel, along with some custom designed t-shirts, Kadlub and Duffin found a revenue stream and a workload that turned their hobby into a viable business.

“All of a sudden, there was this unexpected revenue coming in. Chris had always wanted to switch careers and focus on the strength industry, so in April 2015 I ran the numbers and said ‘if you want to just do this full time, I’ll underwrite it and we’ll figure it out.”

The pair changed their mindset about Elite Performance Center. Duffin became their first employee backed by Kadlub’s business and sales acumen. They developed a business plan, hired an ad agency, and conducted a SWOT and brand analysis.

“Somewhere in early 2016, we were still Elite Performance Center, which was the gym, so when we started the equipment company we called it Elite Strength Equipment. But one day we got a pizza delivered to us that was for Elite Cheerleading, so we decided to re-brand. We came up with Kabuki Strength.” By 2017, Kabuki Strength had grown to a team of 13 employees and nearly $2 million in annual sales. While excited to celebrate their success, Kadlub is quick to note that the revenue and growth are only byproducts of their real work – education.

“We look at ourselves first as an education company. Our mission is to make the world a better place through strength. I get so concerned when I look at the condition of the average American; everyone is in such poor shape. I’m 68 and hoping that I can have an influence on mature athletes and encourage people to be fit and exercise.”

To reach more people, Kadlub and Kabuki Strength share their strength training and competitive powerlifting on digital and social media.  Kabuiki Strength has a following of 62,000 YouTube users, 141,943 followers on Instagram, 18,941 fans on Facebook, and an active podcast series called Strength Chat.

Today, the company has grown to include and manufacture multiple new strength training products, distribution partnerships, movement education seminars and added a virtual coaching series to reach more athletes. The company boasts customers which include members of MLB, NFL, NBA and major colleges and universities as well as military bases around the world.

Reflecting on the success, Kadlub’s advice goes back to sales, “Understand your ‘why’ and convey it to your target market.” 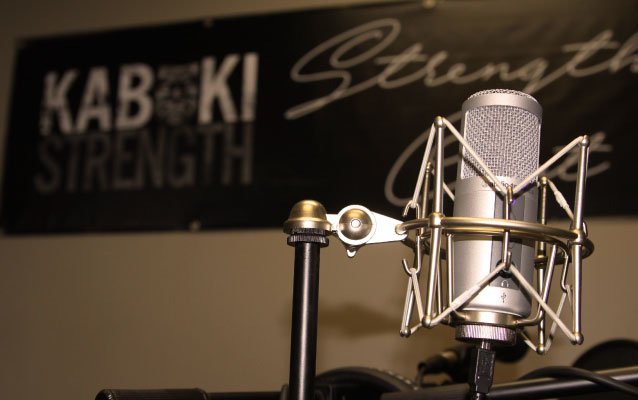