Inside an Embassy: One Bear’s Experience Working Abroad

Inside an Embassy: One Bear’s Experience Working Abroad 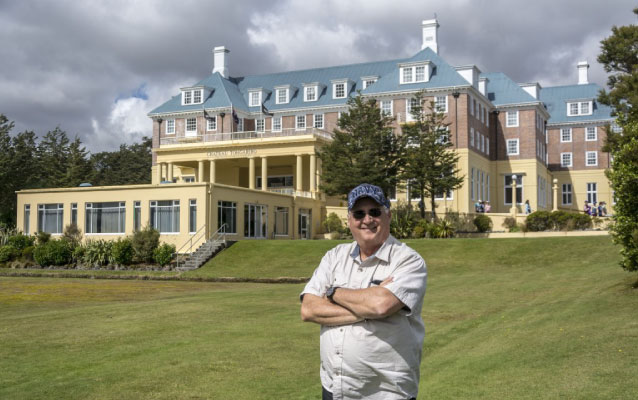 For the last 10 years, Terry Vice ‘79 has been living a dream he never knew he had.

After graduating with a degree in Psychology from UNC in 1979, Vice was hired as a Police Officer with the Greeley Police Department.  However, a work-related injury that left him with no less than 100 stitches around his right eye lead Vice to question that career path.

Like many Bears, Vice found himself making an unexpected career change. After leaving the police force, he started working as a facility manager for State Farm Insurance, in Greeley and eventually Dallas, Texas.

Although Vice enjoyed working as a facility manager for nearly 20 years, he was unable to continue working for State Farm when he returned to Colorado in 2001 to help care for his parents. That lead to a short career in commercial real estate. When the markets were tough in the early 2000s, a friend suggested Vice look for real estate jobs on USAjobs.gov, but as luck would have it, Vice found something even better.

“I stumbled upon this facility management job, which was exactly the same kind of things that I had done at State Farm Insurance,” Vice says.

Except this job was with the Department of State, overseeing U.S. Embassies abroad.

“I applied (without my wife knowing) and probably six months after hitting the submit button, I finally got a package back from the Department of State asking me to come to Washington, D.C. for an interview,” Vice says.

From there – the rest was history.  After passing health and background checks, Vice and his family moved to Washington D.C. for five months of training.

“In the first portion of that training, they have what they call a flag day and that’s where all of the people in the class that you’re in go to this auditorium and they name off your first assignment.  I was lucky enough to get the Spanish flag, which meant that I was going to Madrid,” Vice recalls.

Overseeing everything from daily maintenance and air conditioning to landscaping and midnight plumbing emergencies, Vice enjoys the unpredictable nature of the work that he does.

“I’ve been doing this for about 10 years, but I wish I would have found this much sooner in my career, because it’s just such a fascinating job.  You never know what’s going to happen,” Vice says.

He’s been stationed at a number of U.S. Embassies around the globe, everywhere from Georgetown, Guyana and Wellington, New Zealand to Islamabad, Pakistan.

“I would say my favorite part is not only the different locations that we get to go to around the world, but also the people who we get to work with. All of us facility managers, or anybody at the Embassy, we are stationed there as an American to do the diplomatic mission, but we can’t do it without the locally employed staff,” Vice says. “That’s my favorite part, working with those local people and understanding their culture and seeing their country.”

Currently stationed in La Paz, Bolivia, Terry and his wife Leslie are soaking up the local culture.  Although they may not know where the next assignment will lead, they’re enjoying the time they have in La Paz by exploring local festivals like the Alasitas and visiting local sites like the Mamani Mamani Art Gallery. 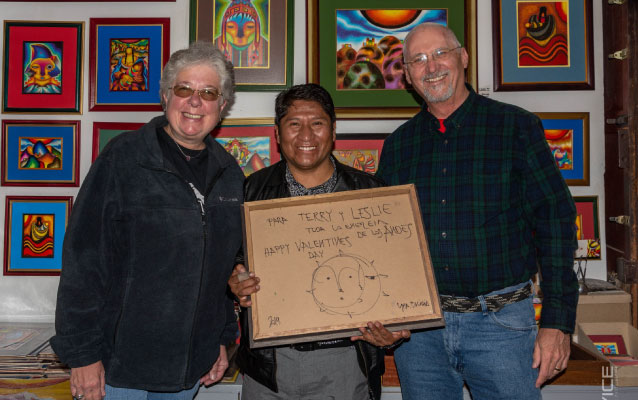 But exploring the local culture isn’t the only thing Vice enjoys about his job. Even under tight security in Pakistan, Vice has fond memories of his work.

“I think Pakistan has probably been my favorite tour.  Even though it was stressful because of security situation, I really felt like there I was contributing to the mission,” Vice says. “At the time I was there, we were building a new Embassy compound, so there were a lot of moving parts and a lot of things that had to happen to get us from the old Chancery to the new Chancery. It was just a very rewarding tour.”

If living abroad, learning about new cultures and advancing the diplomatic mission of the United States sounds like a dream for you too, Vice says opportunities abound.

“There are numerous different careers here.  In any of the Embassies I’ve been assigned to, I’ve always been a facility manager, but there are other people in the organization who are classified as officers and they can kind of move around and do different things. Maybe they work in Consular and the next tour maybe they work in the political economic section. Maybe some students want to be in the diplomatic security service, which is really quite different.  They are our law enforcement branch here, that help keep us safe. There’s just a multitude of opportunities,” Vice says.

To explore open opportunities and see if your dream job is waiting, Vice suggests visiting www.state.gov to learn more. You can also contact Vice directly with any questions about working for the Department of State at ViceTL@state.gov.

Considering a Career in Government or Public Service?

Learn from other UNC alumni who work in a variety of government jobs at our upcoming Bear Network Career events!

Join our Bear Network Career Chat about government and public service careers on Wednesday, April 10 at 12:30 p.m. or stop by our Alumni Career Panel on Thursday, April 11 from 6:00 p.m. - 8:00 p.m. in the brand new campus commons.