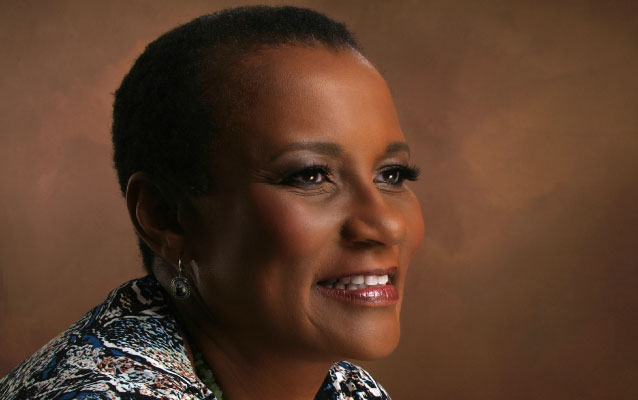 The best thing about a UNC education is that it allows you to pivot. – Denise Burgess '82

Alumna Denise Burgess is no stranger to success, and even so, the recently named chair of the Denver Metro Chamber of Commerce remains humble. In speaking with the class of 1982 alumna, we gained a great deal of perspective on her career and the pride she has in her family, her work, and her school – UNC Alumni Association.

As a UNC student, Burgess studied journalism, which at the time was housed in business. The academic alignment of journalism and business was perfect for Denise. She took business courses as part of her journalism major; an opportunity that afforded an education in the basics of business while also providing her the ability to the engage in diverse activities across campus.

“The best thing about a UNC education is that it allows you to pivot. And this is a great thing for an entrepreneur, because you can have a journalism degree and successfully run a construction company.”

The flexibility and critical thought Burgess gained from UNC allowed her to work across industries. Before running her current enterprise Burgess Services, she started her career managing a radio station in San Diego, California. After a decade, Burgess returned to Colorado to work alongside her father on marketing the family business. Her smooth transition from managing a radio station to managing a construction company came through her ability to set goals and motivate others. The technical knowledge she didn’t have, she gained from her father, and from a graduate certificate she completed as a new business owner.

“It’s the common sense application of life. You can dream and hope for success, but UNC gives you the tools to get there.”

Burgess understands that she’s an African American woman in a male dominated industry, but that doesn’t stand in the way of her hard work and success. Empathetically, she knows that everyone has challenges to overcome and she keeps that in mind as she does her work and mentors new professionals.

“I always tell young women of color that they bring a whole different gift to the table. They are going to see things from a completely different perspective, and that will only make our work more effective.”

That gift made headlines in 2017, when Burgess was named the first-ever African American, and sixth-ever female chair of the Denver Metro Chamber of Commerce.

“This speaks to how Colorado works – We are the people that say ‘If you work hard enough, do well enough, that’s what matters. That’s the priority’.”

While her hard work, earned her the distinction of being chair, being the ‘first’ brings a degree of added pressure.

“You have to feel it, because you’re the first. You break those glass ceilings and there will be shards. But it doesn’t change how I do business; it simply means that more people know about our business.”

Now, half a year into the role, Burgess is pleased to share that fellow small business owners often approach her. Approximately 80-85% of her conversations with member organizations focus on the chamber’s response to common business issues like making payroll, paying health insurance, providing benefits packages, and still being profitable. Burgess’s personal experience as a small business owner allows her to recognize the struggle, realize the joy in the journey, and set new goals for her business.

These connections and a commitment to her fellow members reflect the family legacy Burgess aims to follow– to leave her family and her community better.

“You do that in different ways: mentoring, giving, leading by example, and that’s the legacy that was left for me. Some [colleagues] mentored me by example – I watched how they acted, treated others, and did things; and others took me under their wing – If they took the time for me, I can take time for others as well. It’s also about how you do business, treat your clients, and make your business grow through a sense of integrity and community.”

Given her desire to pay it forward and celebrate community, it is no surprise that Burgess counts UNC as part of that community.

“The Mayor of Denver hosted an event to honor me as the first African American chair of the Denver Metro Chamber of Commerce, and Alton [Dillard '82] was there. During the proclamation, and right after the mayor said my name, Alton shouted ‘Go Bears!’ right in the middle of the entire event, and fellow bears in the crowd also shouted ‘Go Bears!’”

When sharing her own thoughts about the community at UNC, Burgess stated the following:

“The inclusiveness of UNC is that any student belongs there. That’s the energy of the school, and The Garvey has helped galvanize it. It reaffirms students who want a place to go just to take a breath, and gives them a place to call home.”

Take a minute to view our online photo album to see all of the memories and connections made during the Marcus Garvey Cultural Center’s 35th Anniversary Celebration.