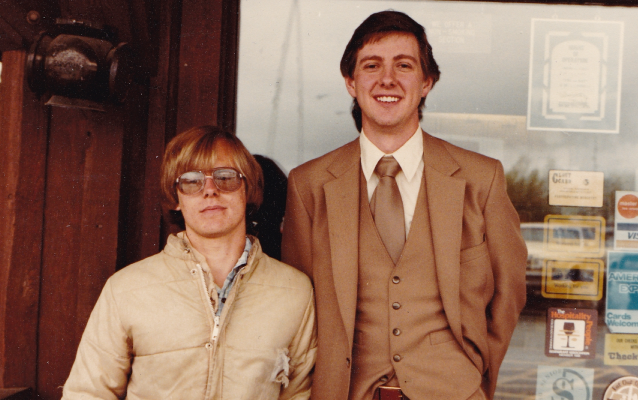 Thirty-nine years ago, armed with a second-hand reel-to-reel tape deck, two future Bears went to work recording the sounds of Greeley jazz. Tom Cunniffe ’89 and Eric Sherrow ’86 were best friends in high school, and in the spring of 1978 they began a recording project that would become their UNC legacy.

“Eric was my best friend through high school and college, and for several years we worked together as co-owners of Allegro Recording Service,” shares Cunniffe. “Eric and I both loved to make live recordings and one of our earliest sets of UNC recordings was also one of our largest endeavors; the complete 1978 UNC/Greeley Jazz Festival.”

Cunniffe and Sherrow were still in high school when a student teacher introduced the pair to the UNC School of Music and music library. The introduction opened years of recording opportunities for the young music enthusiasts eager to capture the sounds of campus.

“After my initial exposure to the UNC School of Music, I started spending much of my spare time at the Music Library and around Frasier Hall,” recounts Cunniffe. “One day in June 1979, the conductor of UNC’s Wind Ensemble Eugene Corporon approached me and asked if Eric and I could record the summer band concerts at Garden Theatre. Even though the first concert was to take place the following night, we gladly accepted the position and continued to record the summer band performances for the next few years.”

The pair was welcomed by other members of the School of Music faculty. Cunniffe remembers Gene Aitken, then director of jazz studies, and Greg Heimbecker, chief sound engineer, supporting the students’ recordings—even when professional companies had been hired to officially record the concerts. And from 1978 to 1983, Cunniffe and Sherrow expanded their collection of live UNC recordings, capturing guest artists, summer concerts and the annual jazz festival.

While their collection came together in their early years, the duo’s interests started to part once they enrolled in college. Sherrow began to focus more time on his journalism studies and the two ultimately dissolved their recording company. Each kept personal copies of their favorite recordings, and Cunniffe carried on making new recordings through the 1995 performance season.

Over the years they kept in touch less frequently and it was not until Cunniffe received his copy of Fall/Winter 2012 Northern Vision (now UNC Magazine) that he realized Sherrow had unexpectedly passed away.

In 2016, Cunniffe returned to Greeley for the annual jazz festival and reached out to Sherrow’s mother to reconnect.

“I visited his mother who still lives at the same house where Eric grew up,” shares Cunniffe. “Mrs. Sherrow escorted me to Eric’s old bedroom and opened the closet door, where I discovered five boxes of master reels, including the complete 1978 jazz festival, the 1980 summer band concerts and excerpts from the 1981 jazz festival.”

Cunniffe agreed to take care of Sherrow’s old tapes, adding them to his own collection and additional recordings from UNC. He then reached out to his old stomping grounds, the Skinner Music Library, to find the collection a home.

“We have the second largest collection in the state,” notes Stephen Luttmann, UNC’s music librarian. “And these enhanced UNC’s collection, as many were not in our collection until Tom.”

According to Luttmann, the size of UNC’s collection is matched by its accessibility as most of the collection is housed on site and in general circulation. That accessibility was an appeal to Cunniffe when he donated the original reel-to-reel recordings to the library and made CD copies of his and Sherrow’s recordings for patrons and fellow alumni to enjoy, including the complete 1978 jazz festival recording.

“We will always welcome anyone to listen to [the recordings],” says Luttmann. “They can ask for the CD’s at the circulation desk and look them up in the general catalog.”

Although available for onsite use, patrons may not remove the recordings from the premises because they are, according to Luttmann, “one-of kind pieces” much like the men who made them.

“While this collection is far from complete, it offers a cross-section of UNC performances form 1978-1995,” says Cunniffe. “Almost all of the 1978-1981 recordings were engineered by Eric Sherrow. May this set of recordings provide a worthy memorial to this fine and gentle man.”

Eric Sherrow passed away in August 2012 and is survived by his wife Ester Hoff Sherrow and mother Lee Sherrow. Tom Cunniffe is the founder and editor of Jazz History Online.

About the Skinner Music Library 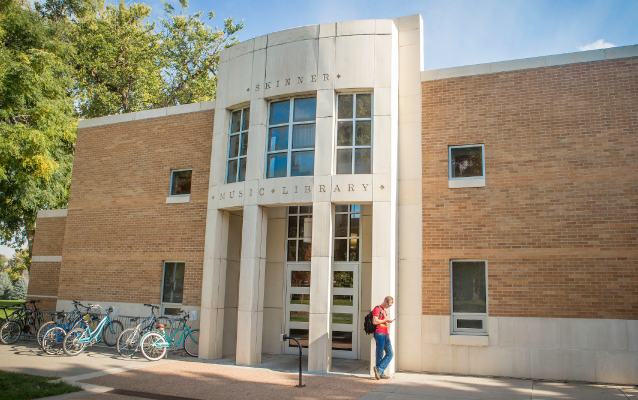 Located on the University of Northern Colorado campus near the corner of 10th Avenue and 16th Street, the Howard M. Skinner Music Library specializes in curricular support of the School of Music and Musical Theatre Programs but is open to general university and community patrons. The library’s collections, comprising more than 100,000 scores, books, periodicals, and recordings, are housed in a state-of-the-art facility that opened in October 1997. In 2005, the building was named for Dr. Howard M. Skinner, former Dean of the College of Performing and Visual Arts, in honor of his many years of dedication to UNC and to the Greeley music community. As part of the Campaign for UNC, patrons may direct their philanthropic giving to the University Libraries’ priorities, among them endowing the music collection and faculty positions. Visit give.unco.edu to learn more and to make a gift today.