What Theatre Can Teach

What Theatre Can Teach 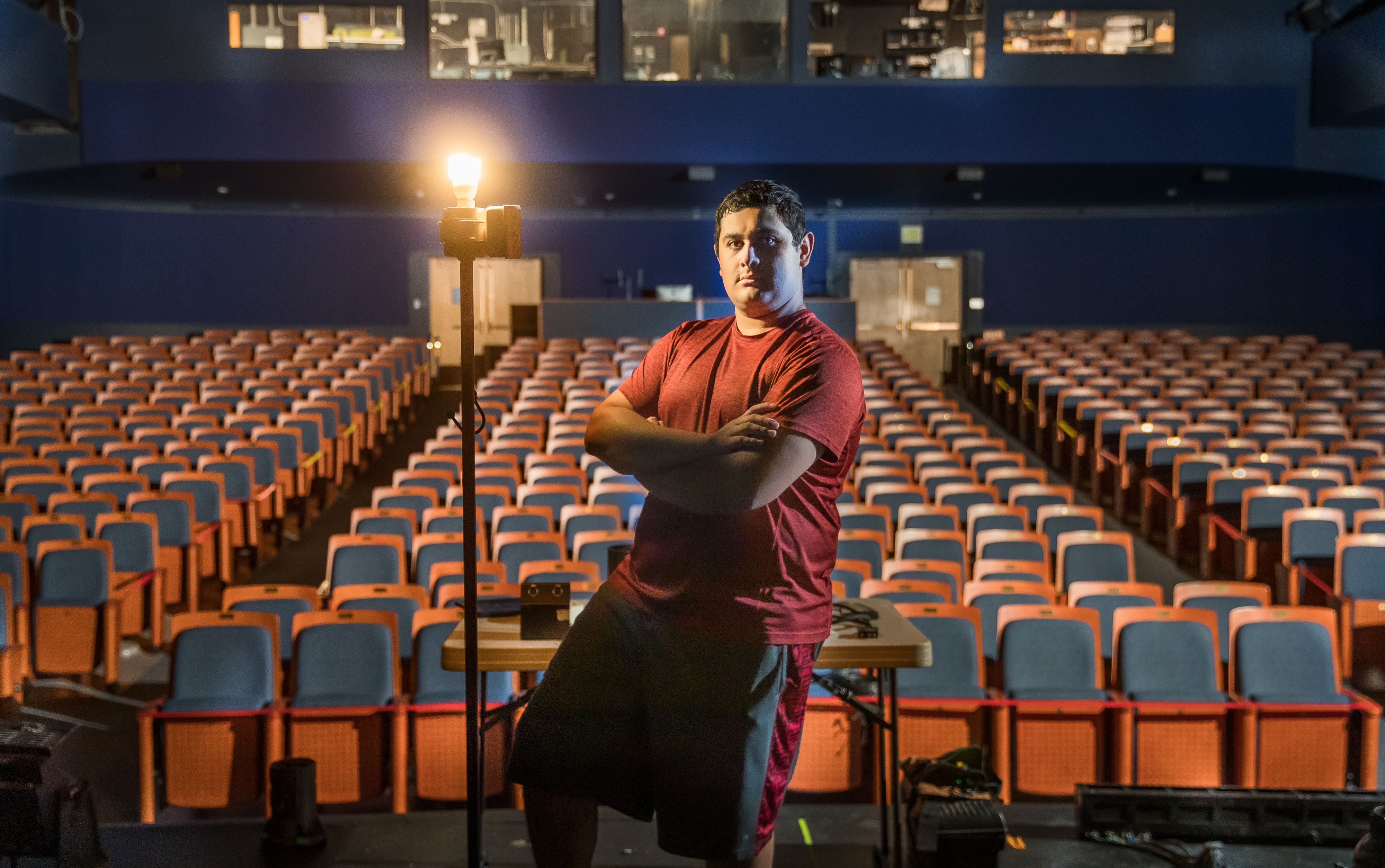 Armando Arteaga, a sophomore theatre education major from Aurora, Colorado, came to UNC because it was the alma mater of the high school teachers who inspired him – and he wants to inspire the next generation. “I want to be considered an amazing educator who inspires students to be the best they can,” he says.

Arteaga recently received a merit-based scholarship that focuses on encouraging diversity and inclusivity in theatre and inspiring students from underrepresented backgrounds to pursue careers in community theatre and theatre education.

“I’m interested in teaching theatre for high schoolers here in Colorado,” Arteaga says. “I want to direct shows and teach them different forms of theatre that can help them understand and broaden their outlook on what theatre is,” he says. “The biggest thing I want them to learn though, is the humanity and empathy behind theatre itself.”

And it’s that sentiment — the humanity and empathy of theatre and its ability to deepen understanding — that, in part, inspired the scholarship Arteaga received.

The scholarship’s donor, a UNC alumnus who wishes to remain anonymous, also found a love of theatre in high school, perusing the shelves at Barnes & Noble to build a collection of the works of Pulitzer-winning playwright August Wilson.

He also points to Lorraine Hansberry (who wrote A Raisin in the Sun), Pulitzer winner Lynn Nottage and other African American playwrights who have shaped change through their work on stage.

“They’re going to have experiences that are unlike anything I could have experienced,” the 2010 alumnus says. “They present that through fiction, and then you continue to learn beyond what was presented on the stage when you learn about these individuals.”

This spring, as he and his wife watched racial injustice lead to anti-racism protests around the world, both felt compelled to act. With his love for theatre, and his belief in the difference the arts can make in the world, he began to think about how to help. He decided to provide scholarship support for underrepresented UNC students who are interested in teaching theatre or working in community theatre.

“The more diverse our educators are, the more world views we can have,” he says. “I’m grateful for the educators I had at UNC — they were teachers and they were mentors. My education at a liberal arts school built the foundation of realizing that theatre can make a change, and it built a foundation of the type of person I want to try and be. I want this cultural movement to not just be another fleeting moment. This should be a wake-up call.”

Establishing this scholarship is his way, as he says, of doing what he can do, when he can do it.

“It’s a small way to help these students on their journey. If we just think about giving that little bit of help so that down the road, when it comes time to pay back student loans, then there’s less tacked on. And there’s also the excitement of receiving that scholarship on merit. These are students who have worked hard to get to where they are,” he says. “It comes back to giving what you can, when you can. If that’s time — if that’s being an audience member at a high school production — that’s a great start.”

For Arteaga, the scholarship helps him pursue the work he’s been dreaming of since his own teachers supported and encouraged him.

“I felt relieved and excited when I got the scholarship. It took a weight off me when figuring out how to pay for school, and I am really excited I can continue to pursue something that I care deeply about,” Arteaga says.