Almost two-thirds of transgender individuals delayed or avoided medical care due to fear of gender-related discrimination, according to research published by One Colorado Education Fund. In response, researchers in the Colorado School of Public Health recently issued a set of recommendations for health care providers as part of a published article in Women’s Health Issues.

The article also discusses the need for more evidence on transgender and nonbinary (TNB) health and inclusivity in healthcare settings.

According to the article, research shows that TNB individuals with inclusive primary care providers are less likely to experience suicidal thoughts or desires. 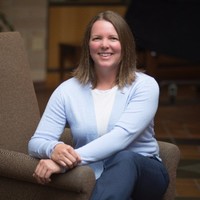 Danielle Brittain, Ph.D., (image at right) a co-author, interim associate dean for the UNC College of Natural and Health Sciences and a Colorado SPH professor, said, “To continue having a narrowly defined understanding of women’s (and men’s) health upholds current discriminatory practices towards trans and nonbinary individuals.

Providers and organizations must broadly define health so as to provide culturally responsive care to all individuals regardless of their gender identity. The longer we wait, the more we fail those who are the most marginalized and discriminated against. We have a responsibility to provide equity-based care to all.”

At least one Colorado facility is considered to be ahead of the game in terms of assisting TNB individuals, according to Brittain. Since 2017, the Denver Health Medical Center has offered gender-confirmation surgeries and is the only place in Colorado where transfeminine individuals can receive vaginoplasty. 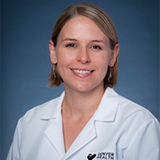 According to Dr. Elizabeth Kvach (image at left), the medical director of Denver Health’s LGBTQ Center of Excellence, Denver Health has worked to create inclusive care for TNB individuals by training and educating providers in Denver Health’s centers.

“There is education for every point of contact [employees have] with patients with the goal that patients should be able to walk anywhere in the system and receive quality care,” she said.

In 2019, Denver Health facilities had 525 new patients call the LGBTQ Center of Excellence for primary care; 85% of those patients identified as TNB individuals, and over 300 gender-affirming surgeries were performed.

Since the center opened in January 2017, over 1,300 patients have come in for primary care.

Brittain and David Hydock, Ph.D., a professor of Sport and Exercise Science at UNC, are working on a study with the Colorado School of Public Health that involves comparing data collected by the American College Health Association on health behaviors and outcomes of TNB versus cisgender students — individuals whose gender identity matches the sex they were assigned at birth. 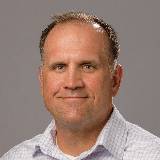 Hydock (image at right) said his role in the study involves physical activity and health in transgender students.

“Some of the data being analyzed include self-reported physical-activity data, and we feel this information may be important in the overall health of these individuals,” he said.

The research project is expected to be completed later this spring.