University of Northern Colorado students are leaving their campus a little greener as the academic calendar transitions into summer break. April 15-19 is Earth Week on campus, featuring multiple energy and sustainability milestones. 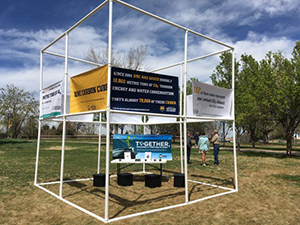 UNC is working with McKinstry, an organization that works in sustainable building practices, to highlight campus-energy performance throughout Earth Week, including a 14-foot Carbon Cube (image at right) that visually represents one-seventh of a metric ton of carbon emissions. Earth Week attendees will have an opportunity to guess how many Carbon Cubes of emissions will be avoided from a planned photovoltaic solar array that McKinstry will install on top of Parsons Hall over the summer.

The UNC solar array is expected to produce 4.7 million kilowatt hours (kWh) of electricity and will save the university an estimated $176,500 over the expected life of the system. That amount of energy is enough to offset emissions from roughly 400 U.S. homes for an entire year. The system will also provide hands-on student learning opportunities and an interactive educational dashboard that will track performance metrics. The solar array is being funded through the Colorado Department of Public Health and Environment's Supplemental Environmental Projects (SEP) Program.

A public ribbon-cutting will be held at 2 p.m. on Friday, September 20, after students return to campus, coinciding with the fall equinox.

Xcel Energy recently recognized UNC as part of the utility’s 2018 Energy Efficiency Awards program. UNC was honored for achieving the highest energy savings for self-directed programs. In 2016, UNC and McKinstry partnered to implement $8.9 million in energy-savings measures and other upgrades, which will save the university more than $500,000 in annual utility costs and reduce carbon emissions by 5,790 metric tons. Energy savings were bolstered through a three-year awareness campaign administered through McKinstry’s powerED program. The program engaged more than 700 faculty, staff and students over the three-year campaign.

UNC Earth Week activities are open to the public and will include: 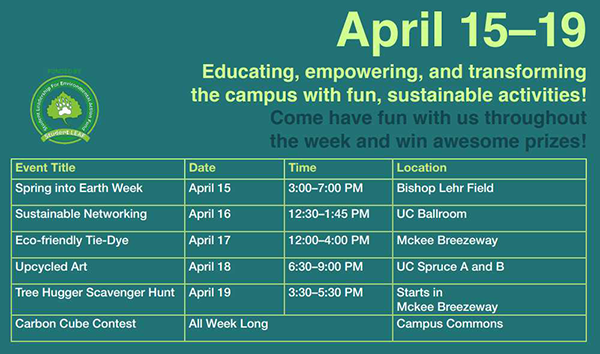 McKinstry is a national leader in designing, constructing, operating and maintaining high-performing buildings.