University of Northern Colorado Professor Hortensia “Tensia” Soto has been recognized for the second time by the Mathematical Association of America for meritorious service. 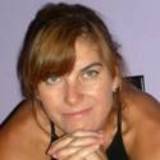 The MAA selected Soto as one of three winners of the Deborah and Franklin Tepper Haimo Awards for Distinguished College or University Teaching of Mathematics. Each year, the MAA recognizes math teachers who demonstrate extraordinary success in teaching, even beyond their own institutions.

In the MAA news release, the association states: As an engaging mentor and educator, Soto is recognized for her innovative work designing classroom activities that implement research-based teaching strategies for the full spectrum of learners. Soto also

dedicates her time to train fellow mathematics teachers through MAA Project NExT. Soto is also applauded for her work in Las Chicas de Mathemáticas, a mathematics camp that introduces young women to college-level math.

“I am honored and grateful for this award that recognizes my passion for teaching mathematics,” Soto said.

Among her awards, Soto previously received a meritorious service award from the MAA in 2012. Recipients of this year’s award receive $1,000 and a certificate of recognition.

The MAA, the world’s largest community of mathematicians, students and enthusiasts, will honor Soto at its Joint Mathematics Meetings on Jan. 13 in San Diego.

For more about the award, visit the MAA site.