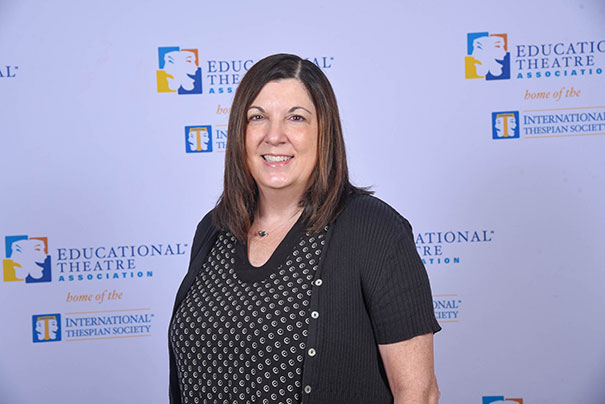 University of Northern Colorado Professor Mary Schuttler received the Educational Theatre Association’s Founders’ Award, which is presented to an individual or group who has made significant contributions to the growth and development of theatre education, research, and practice. The award recognizes work that supports the principles and mission of its founders to promote and strengthen theatre education. The award was presented as part of the awards luncheon at EdTA’s National Conference on Sept. 20.

Schuttler has headed the UNC theatre education program for 25 years, training and mentoring hundreds of new K-12 theatre educators and creating one of first distance learning programs in theatre in the country.

In addition to her contributions within the university, Schuttler has worked to advance the profession by serving at the state and national levels including as co-chair of the 2014 National Coalition for Core Standards Theatre Standards Committee, a critical component to the success of these now nationally accepted standards.

Schuttler has also served EdTA at both the state and national levels. A longtime board member for Colorado Thespians, she has also consulted for the Colorado Department of Education and the state’s arts alliance, and has held the office of national EdTA Board member as well as president. She has presented dozens of workshops at the Colorado and International Thespian Festivals for students and teachers. Schuttler was inducted into the EdTA Hall of Fame in 2005.

In presenting the award, EdTA Executive Director Julie Cohen Theobald said, “For all that you have done for EdTA—your many workshops, committee and board memberships, published articles, mentorship of young and aspiring theatre educators and so much more—thank you. It is a privilege to acknowledge your extraordinary contributions to the field of theatre education, and the breadth of your work as a teacher, mentor, scholar, and visionary leader. EdTA would not be who we are today without supportive and wise leaders such as you.”