For the third time in 10 years, Jill Bezyak, Ph.D., professor of Human Rehabilitative Services and program coordinator for the Rehabilitation Counseling program at the University of Northern Colorado, has received a five-year, $958,778 grant from the U.S. Department of Education to increase the number of qualified vocational rehabilitation counselors who serve individuals with disabilities.

Since 1964, UNC has been preparing rehabilitation counselors and it is the only Colorado higher-education institution to offer such a program. There are around 15 graduate students admitted into the program each academic year, according to Bezyak.

In 2015, the U.S. Department of Education awarded her a five-year, $938,705 grant, which provided funding for graduate training in rehabilitation counseling to boost the number of qualified counselors in the field. 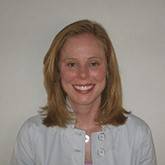 “There aren't a lot of people in this field because it's kind of a hidden branch of counseling,” Bezyak said (at left). “The U.S. Department of Education is trying to encourage more people to go out there and do the job.”

Rehabilitation counselors are equipped with specific skills for working with people with disabilities, such as mental-health concerns, substance abuse and physical disabilities.

All students complete an internship as they near the end of the program, which gives them real-world experience and better prepares them for a career in the field.

“They are all able to find jobs and work all over the country; they're working in the field and enjoying putting into practice everything they’ve learned,” Bezyak said. “State agencies employ a lot of our grads as well as at mental-health and substance-abuse centers, corrections, specific rehabilitation hospitals and Veteran Affairs.”

Kayti King, a student who is near the end program, said that she chose to pursue her master’s degree in Rehabilitation Counseling at UNC because “it is one of the top 10 programs in the U.S.” and that UNC has a “great reputation in Colorado, especially regarding the counseling programs.”

“I was initially unaware of the Rehabilitation Counseling program until I happened upon the department in my research of UNC’s available programs, but once I began to delve further into the information, I found a program that not only prepares me for direct counseling licensure, but also certification as a Rehabilitation Counselor, which is opening doors into the counseling field that I was not aware even existed,” King said. “I feel lucky to have ‘fallen into’ this program, as it has given me a broader base of knowledge in the counseling profession and prepares me to work directly with individuals with disabilities, which was my goal even before I entered this program.”

According to King, another benefit of this program at UNC is that the professors in the department have real-world experience to share with their students.

“I can’t stress enough how important it is to learn from someone who has real-life, lived experience in the field,” she wrote. “The professors are relatable and invested in the students’ achievements as well as our general well-being, and I always felt like the professors had my best interest at heart. It was especially helpful to have the backing of the department when looking for an internship.”

Bezyak said the being recognized at the federal level is rewarding because of UNC’s program’s performance over the decades.

“It's very indicative of a strong program that is graduating students who are dedicated to the field,” she said.