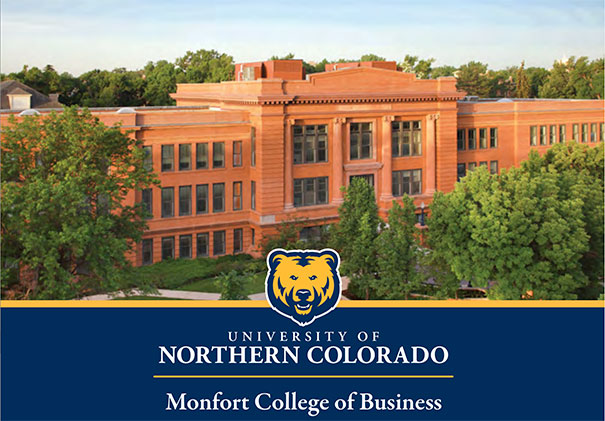 The grant will fund speakers, a student organization devoted to ethics and ethics-related activities including the MCB Ethics Week, a week of speakers, an ethics case competition, and an Ethics Boot Camp for freshmen. MCB works with all UNC colleges to expand ethics education across the entire the university.

“We are so appreciative of the grant from the Daniels Fund,” said Sharon Clinebell, director of the Daniels Fund at MCB. “It allows us to bring in excellent speakers, engage in student ethics-related activities and enhance the educational experience of our students.”

The Monfort College of Business at UNC is part of the Daniels Fund Ethics Initiative Collegiate Program, which drives the strengthening of principle-based ethics education throughout each participating school. The ultimate goal is to instill a high standard of ethics in our young people. To date, more than 450,000 students, faculty and businesspeople have been reached by the Collegiate Program.

Since 2010, over 16,000 UNC students and over 1,000 faculty and business community members have been involved in the program.

In 2016 and 2017, the program’s undergraduate student team won first place in the Daniels Fund Ethics Initiative Case Competition, competing against the other consortium universities. 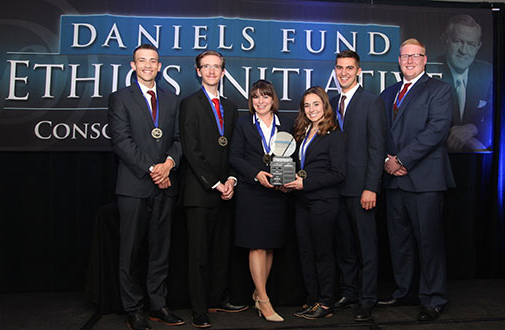 The UNC undergraduate team that won the Daniels Fund Ethics Initiative 2017 Consortium Case Competition in Denver in 2017. They analyzed a fictional case of safety issues in emerging technology and presented their findings before a panel of eight judges.

The Daniels Fund Ethics Initiative Collegiate Program was established by the Daniels Fund Board of Directors in 2009 as a five-year pilot. The effort was officially launched in early 2010 with eight business schools at universities in Colorado, New Mexico, Utah and Wyoming as initial partners. The Monfort College of Business at UNC was one of the initial eight business schools in the program.