UNC Instructor to Screen Her Film on Human Trafficking 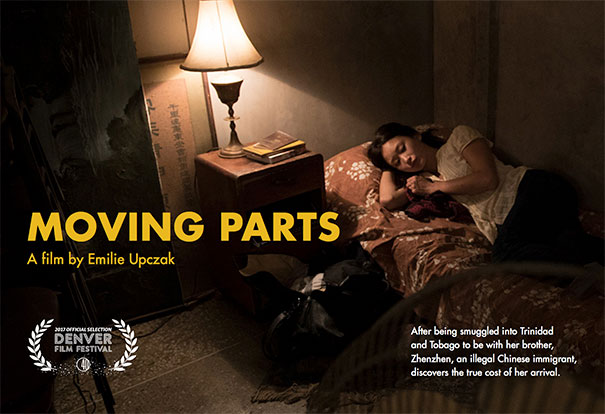 University of Northern Colorado's Emilie Upczak will screen her new film, “Moving Parts,” as part of the university's International Film Series. The screening will be held in the Lindou Auditorium in the Michener Library basement at 7 p.m. on March 7. The film will be followed by a Q&A session with Upczak for audience members to discuss the film, filmmaking process, or any other questions.

“‘Moving Parts’ is the story of human smuggling and sex trafficking told from the female perspective,” said Upczak, UNC adjunct instructor of Film Studies. “The topic is so sensitive,” she said. “I thought it was important to hire as many women for the project as possible.” The film features several women crewmembers, including the cinematographer, assistant director, and other producers, as well as leading actresses, Valerie Tian and Kandyse McClure. 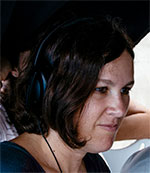 “Moving Parts” was primarily written, directed and produced by Upczak, who began the project in 2013. It premiered at the Denver Film Festival last November. The film is set on the twin island state of Trinidad and Tobago, where Upczak spent 10 years living and working as a filmmaker and creative director of the trinidad+tobago film festival.

“Moving Parts” will continue to be screened at universities and film festivals, soon making its way back to Trinidad for the cast and crew there to see the finished film. Upczak currently shifts between sharing her filmmaking knowhow with Film Studies students in UNC’s first film production course (Producing the Short Film) to promoting and screening “Moving Parts.” She also continues to work on film projects, such as an upcoming coming-of-age story set in 1970s Southern California.

One thing Upczak learned recently since beginning work at UNC is that Greeley is home to a sizable refugee community, so she is excited to present the film here, she said.

“My idea with Moving Parts was really to humanize an experience of being a stranger in a strange land and what it feels like when you don’t speak the language or you only speak a little bit, and you don’t have friends and you’re trying to find a foothold. And finally, what you’re willing to do as a result of that.”

— By Meagan Crews, College of Humanities and Social Sciences

“Moving Parts” is a fictional story about the real issue of human trafficking in the Caribbean, and was backed by research as well as sponsored by a counter trafficking agency in Trinidad and Tobago. The film follows the story of Zhenzhen, played by Tian, a Chinese woman who leaves China to be with her brother after the death of her father. After being smuggled into Trinidad and Tobago, Zhenzhen discovers the true cost of her arrival when her smuggler demands additional money, and she must decide how far she is willing to go to pay the debt.