UNC Board of Trustees Appoint Feinstein Next President

Andrew “Andy” Hale Feinstein will become the 13th president of the University of Northern Colorado, UNC’s Board of Trustees announced Wednesday, May 9. 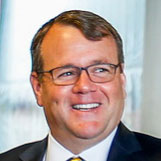 Feinstein, the current provost and senior vice president for Academic Affairs at San José State University, was announced April 10 as the finalist to lead the 129-year-old research university in Greeley. He was unanimously selected by the 15-member search committee comprising trustees and student, faculty and staff representatives.

On Wednesday, trustees held a special meeting before the regularly scheduled finance and audit committee meeting to make his hiring official. State law requires universities wait at least 14 days after naming the finalist before appointing a president.

“He understands faculty, staff and student issues, he understands the business issues, and he understands that those things don’t always go hand in hand,” board chairman Dick Monfort said of Feinstein in the April 10 announcement. “He’s open to change, and he knows how to do it collaboratively. He’s going to be great, and we’re all looking forward to working with him."

Feinstein has over 25 years of higher education experience. At San José State, he currently oversees 154 degree programs and supports more than 35,000 students, 1,900 faculty and 550 staff and administrators in seven academic colleges.

“I am honored to have been selected to become UNC’s next president,” Feinstein said in a campus memo sent Wednesday. “As I have stated before, it’s an incredibly exciting opportunity for me and my family.”

The terms of Feinstein’s three-year contract beginning July 1 include an annual base salary of $325,000, annual housing and car allowance of $50,000, and annual deferred compensation of $50,000. The annual compensation is in line with current President Kay Norton’s 2017-18 compensation. His employment agreement is available in the board packet here.

Feinstein will officially start at UNC in July. He’ll succeed Norton, who will retire in June after 16 years as UNC’s president — the fourth-longest tenure of any UNC president.

“We are tremendously grateful for Kay’s steady and insightful leadership,” trustees wrote in a September 2017 campus memo announcing the search. “Kay has been a great president for UNC.”

For more about Feinstein, see his full bio, CV and the search process, visit www.unco.edu/feinstein

About the University of Northern Colorado
UNC is a doctoral research university with premier programs in education, health sciences, business and the performing arts. Founded in 1889 as the state teachers' college, UNC has always worked to promote human understanding and enrich lives. With approximately 13,000 students enrolled, UNC focuses on five areas of engaged learning: research and creative work, civic engagement, global experiences, leadership and professional experience.