University of Northern Colorado professors Deanna Meinke and Jennifer “Jenny” Weber have earned prestigious awards from national organizations for their contributions to the field of audiology. 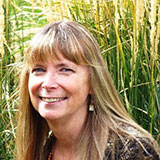 Meinke received the National Hearing Conservation Association’s Award for Outstanding Contributions to the Field of Hearing Conservation at the organization’s annual conference in February. The NHCA’s mission is to prevent hearing loss due to noise and other environmental factors.

"The breadth and depth of Deanna's involvement in hearing loss prevention is truly phenomenal," stated NHCA's article on her for the award. "Deanna is not only an exceptional scientist but also an extraordinary human being."

Read THE NHCA'S ARTICLE About Meinke and Her Award 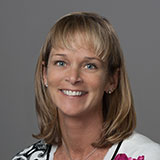 Weber received the American Academy of Audiology’s Outstanding Educator Award for Contributions to Audiology at the academy’s annual honors and awards banquet April 19 in Nashville, Tennessee. The academy is the world's largest professional organization of, by, and for audiologists with an active membership of almost 12,000 audiologists.

“Jenny has made a significant difference in audiology education,” said American Academy of Audiology Executive Director Tanya Tolpegin. “We are delighted to name her as our Outstanding Educator award recipient.”

READ THE AMERICAN ACADEMY'S ARTICLE OF WEBER AND HER AWARD