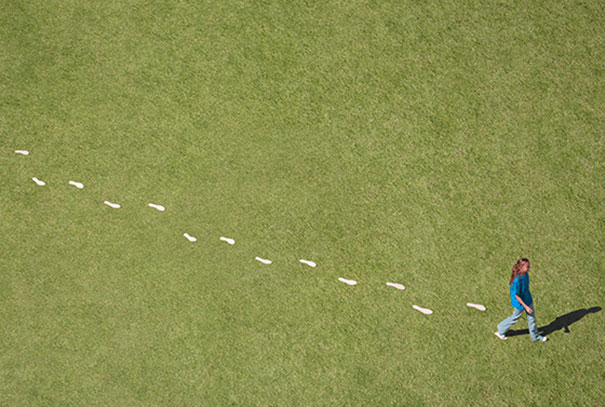 Brightly colored umbrellas over tables on patios outside several buildings on the University of Northern Colorado's Greeley campus don't just provide shade; they also contain the solar panels that power electrical outlets that students use to charge their electronic devices.

Throughout campus, many old-school water fountains have been replaced with state-of the art water stations that filter water and count the number of plastic bottles that are being saved every time a bottle is filled at one.

The high-tech umbrellas and water stations are among the initiatives that have been paid for fully or in part by UNC's Student LEAF, or Student Leadership for Environmental Action Fund.

The umbrellas, which are an attempt to teach students the benefits and possibilities of solar energy, also can be found outside the Tobey-Kendel Dining Hall, Arlington Park Apartments and some of the school's residence halls.

Since their installation during the 2013-14 academic year, more than 30 of the new water stations around campus have saved hundreds of thousands of plastic bottles.

The Student LEAF, and an accompanying fee of $1 per credit hour up to 10 credits, was proposed in 2012 by students in the university's Environmental and Sustainability Studies program as a way to empower students in helping move the campus community toward a more sustainable culture. The student body voted to support the student-run organization in April 2012.

The fee generates about $170,000 annually. Any campus community member can suggest a project or initiative for funding.

One of the first projects the fund supported was improvements to sprinkler systems on the 260-acre UNC campus that resulted in water savings of 30 percent.

The Student LEAF also helped fund the first year of operation of a student-run vegetable farm north of Greeley in 2015. The farm is being used by the Environmental and Sustainability Studies program as part of a growing trend in higher education across the U.S. that incorporates experiential education with programs on sustainable food systems and agroecology.

UNC took another big step in reducing its carbon footprint in April 2016 when it partnered with McKinstry, a national company with offices in 15 cities that focuses on energy and operation efficiency in existing and new buildings.

Ashley Brasovan, an associate account executive for McKinstry, said that since July UNC has saved approximately $50,871 in utility costs and projects that annual savings will be nearly $550,000.

The savings in utility and operational costs - and reduction in the school's carbon footprint - are being realized through improvements to buildings' lighting, heating, air conditioning and ventilation systems. In addition to making the buildings more energy-efficient, improvements like replacing nearly 20,000 CFL bulbs with LED ones and equipment improvements that provide more consistent cooling and heating temperatures also enhance the learning environment.

McKinstry estimates that getting members of the campus community engaged in energy, water and waste conservation efforts can contribute approximately $200,000 annually in savings.

"The program is to help people get more in the swing of things," said Kirk Leichliter, vice president of facilities management for UNC and co-chair of the UNC Sustainability Council.

UNC implemented an energy conservation program in the 1980s that has focused on installing water-saving plumbing fixtures and energy-saving lighting systems and equipment, while also installing energy-efficient heating and cooling systems when funds were available.

The university instituted a recycling program in 2002 that annually diverts more than 200 tons of paper, plastic, glass and metal from local landfills. Each year, more than 200,000 pounds of food waste from the school's largest dining facility is turned into compost, and two other dining facilities will join the food-to-compost program soon.

In addition to contracting with the city of Greeley's public transportation department to provide free shuttle bus service throughout campus and to the largest off-campus student housing complex, a fleet of 100 cruiser-style bicycles is available for students to use for free to travel around campus.

"The University of Northern Colorado takes a multi-faceted and committed approach to sustainability, from energy conservation and eco-efficient landscaping, to student activities and coursework," said UNC President Kay Norton. "Our sustainability plan addresses sustainability at UNC in the very broadest sense—not simply how we can be good stewards of the environment, but how we can be a truly sustainable community."