Up, Up and Away: UNC Students Launch 3D-Printed Vessel into the Atmosphere 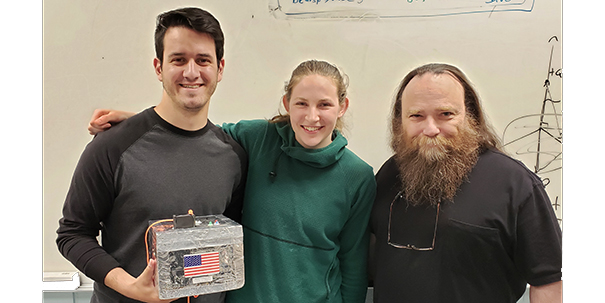 Rydell Stottlemyer holds onto a payload, a box covered with aluminized mylar and filled with sensors, as it’s being connected to a huge weather balloon. The recent graduate of the University of Northern Colorado Physics and Astronomy program developed the payload with her fellow graduate Brian Smith.

Filled with nervousness and excitement, this is the moment she and Smith have been waiting for all semester as the culmination of their research project. Five, four, three, two, one, … lift-off! — she releases their payload as the balloon is launched into the atmosphere; they watch in awe, in anticipation of the data recorded during flight.

This was the scene in early April at Eaton Middle School where a number of balloon payloads were released. Their payload measured pressure, temperature, movement and time data as it made its 14-mile journey into the atmosphere, before the balloon eventually popped, and the payload slowly parachuted back to the surface.

“It was a wonderful learning experience, I definitely learned a lot and am happy I got the opportunity to take part in it,” said Smith. “It consumed me at one point, but out of passion, not out of necessity.” 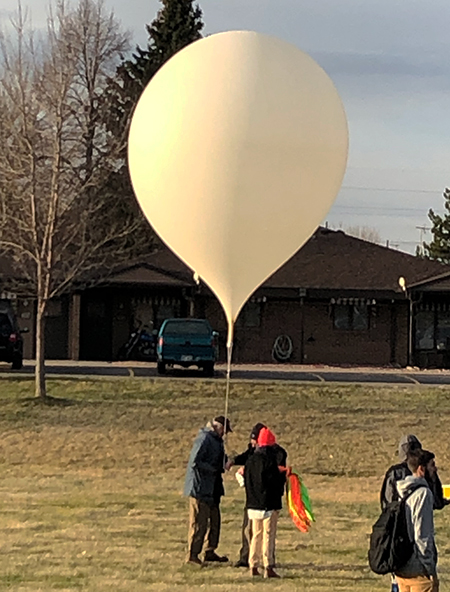 The balloon being prepared to launch five different payloads at Eaton Middle School on the morning of April 6, 2019. 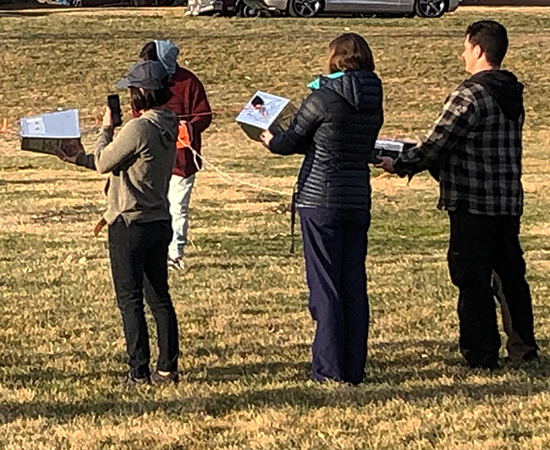 The students holding their payloads, which include sensors and other devices. Stottlemyer is standing second from the right in the dark-blue jacket. 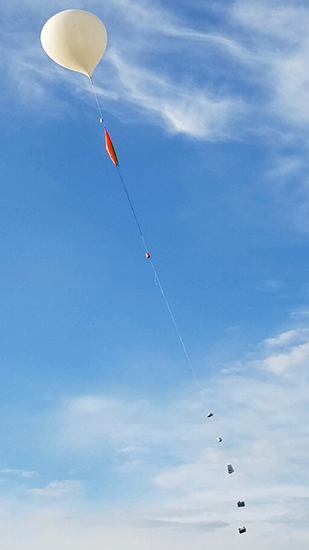 Lift off! The balloon rises with five payloads attached to it. It ascended to 14 miles in the atmosphere, which is about 10 miles higher than where airplanes reach altitude. 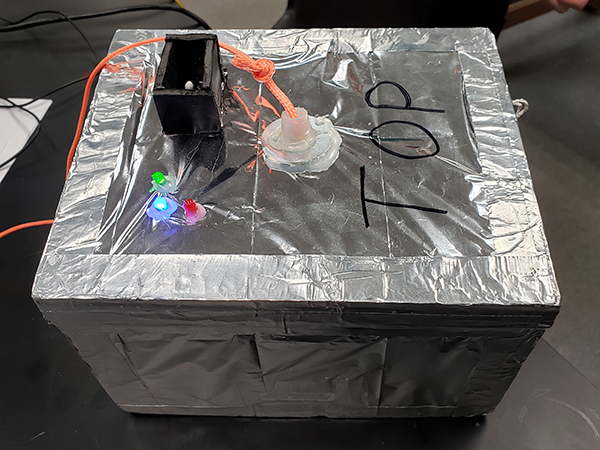 The outside of Smith and Stottlemyer’s payload. When lit, the three lights show that the internal electronics are working. The payload is covered with aluminized mylar, which provides insulation and reflects solar radiation. 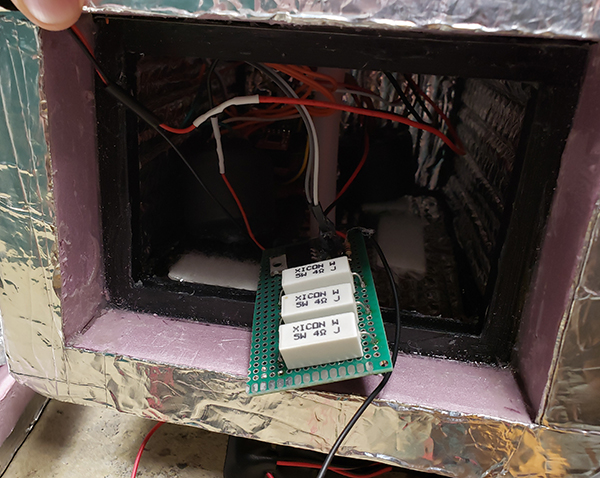 The inside of the payload that was launched. Three, electrically resistive elements served as a heater. Smith programmed them to maintain the internal temperature at 10-degrees Celsius (50-degrees Fahrenheit). 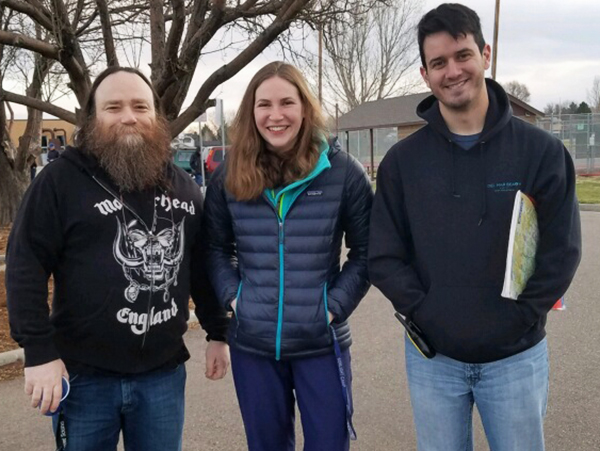 UNC Assistant Professor of Physics Matthew Semak, Stottlemyer and Smith pose for a photo at the balloon launch event.

Smith and Stottlemyer 3D-printed and assembled two sensor housings to test the ability of the material, as well as different types of glues, to maintain internal pressure and temperature during the ascent. Many balloon experiments require that the pressure and temperature remain relatively constant. Their results will inform the design of future payloads.

View a video of Stottlemyer and Smith discussing their experiment and the launch itself:

“The Physics and Astronomy Department at UNC is so tight-knit, and they’re so supportive of everything that we do, and their priority is definitely the students and they want us to succeed in whatever we do,” said Stottlemyer. “If you’re curious about something, they’re willing to share that knowledge with you, it’s awesome!”

This work was part of the Colorado Space Grant Consortium’s DemoSat Program, which provides students with frequent, low-cost access to creating, launching and analyzing data from balloon payloads. UNC is one of 21 institutions in the consortium and receives $25,000 a year to fund these types of projects as well as compensate the students who work on them.

“Participation in DemoSat allows students to become their own scientists, to build confidence, and to work as a team.  Most of all, having this experience better prepares them for life beyond UNC,” said Assistant Professor Matthew Semak of UNC’s Physics and Astronomy department.

Learn more about the Physics and Astronomy Department.

—Written and produced by Katie-Leigh Corder.