In Photos: Installation of Exhibit at Musical Instrument Museum 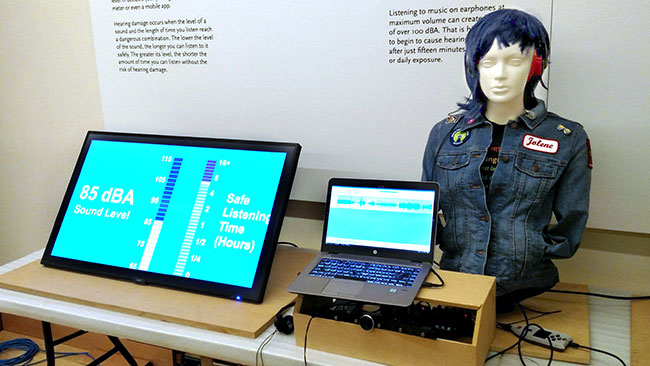 UNC Audiology & Speech-Language Sciences professors Don Finan and Deanna Meinke collaborated on a project for the Musical Instrument Museum, which boasts a collection of 6,500 instruments including those from a host of legendary artists including Elvis Presley and John Lennon.

They recently installed a mockup of the stand-alone exhibit on the properties of sound, which features an “instrumented” mannequin, known as “Jolene.”

“A custom designed and built Jolene will be the heart of the exhibit, allowing museum patrons to measure the sound level at which they typically listen to music,” Finan said. “The sound level (in decibels) will be displayed on a large computer monitor along with a dynamic display of associated safe listening time per day based on that specific sound level.” 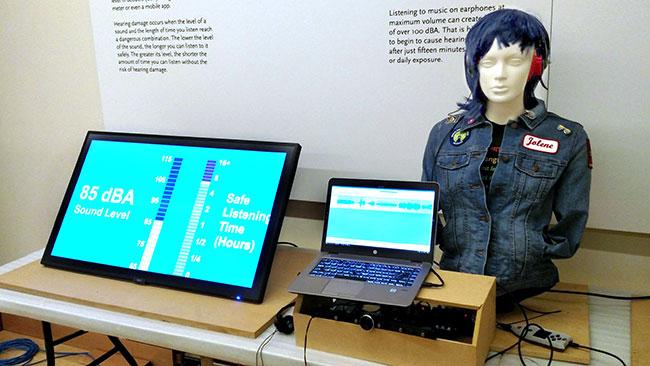 A mockup of the Jolene exhibit. The final display will be constructed and installed by early September, and the exhibit will go “live” at that time. The museum’s grand opening for the exhibit will be in early 2018. 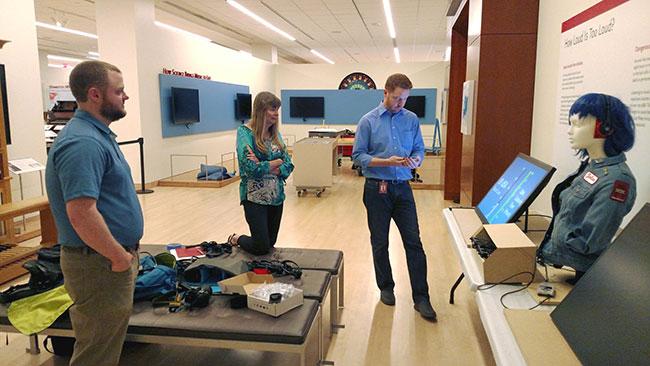 A view of the Science of Sound exhibit area, of which Jolene is a component. Pictured: (L-R: Cameron Fackler, 3M scientist, Deanna Meinke, and Justin Gillespie, Technology Team Lead from the Musical Instrument Museum.) 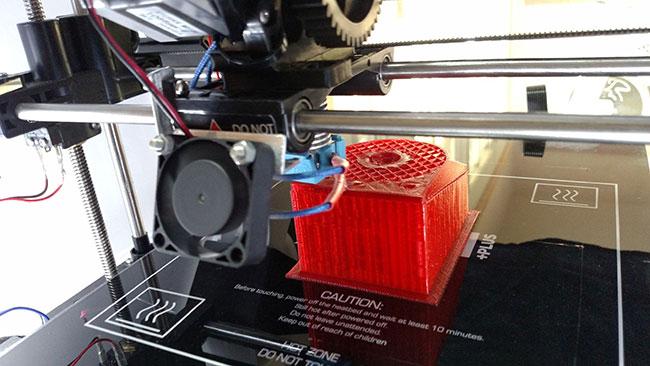 Printing the newly designed custom Jolene ear. The printer filament (raw material for printing) used is very strong, yet it retains flexibility (similar to cartilage of the human outer ear). The ear was designed to precisely fit the headsets in use at the Musical Instrument Museum while having acoustical properties that mimic real human ears. 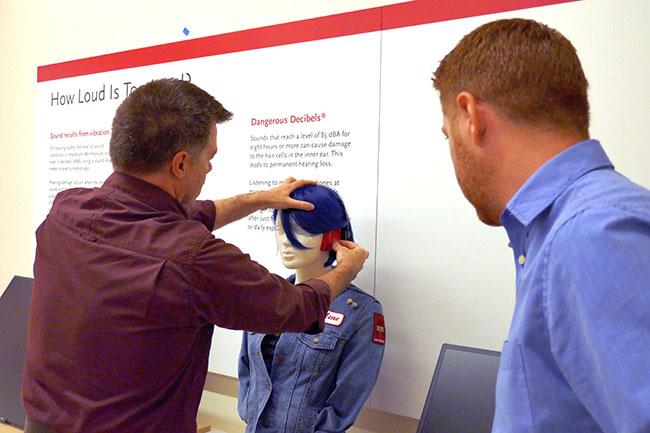 Installation of the custom Jolene ear at the museum. (Don Finan, left, and Justin Gillespie, Technology Team Lead from the Musical Instrument Museum). 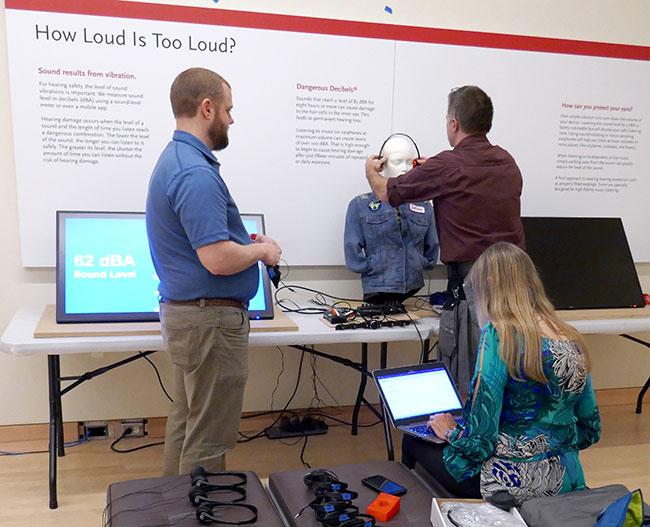 Testing one of 25 museum headsets to use with the Jolene exhibit. A total of 11 headsets were selected for use based on their performance specifications. (Cameron Fackler, 3M scientist, left; Don Finan, top right; Deanna Meinke, bottom right). 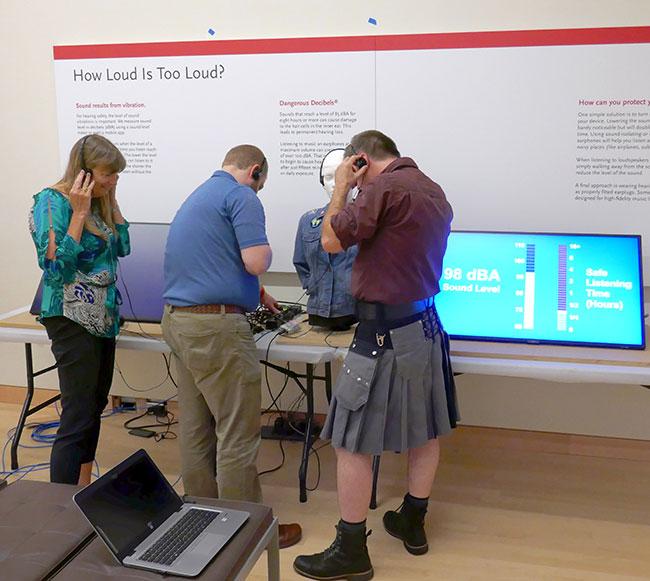