In the early 2000s, two eager University of Northern Colorado Theatre Arts majors had their eyes set on New York’s biggest stage. Taking dance course after dance course and performing in multiple student productions, Jason Veasey and Aléna Watters achieved that dream, using the skills they perfected on campus and eventually showcasing them on Broadway. Now the pair is back, sharing the knowledge they’ve learned with today’s students and taking leading roles behind the scenes in UNC’s production of the popular Broadway musical Rent, opening Thursday, Oct. 21.

“This month marks my eighteenth anniversary of moving to New York,” Veasey said. 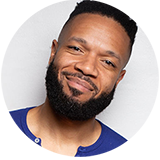 Veasey has been cast in The Lion King on Broadway, the musical’s national tour and has performed in several other off-Broadway productions, as well as on-screen TV roles since graduating with a Bachelor of Arts in Musical Theatre from UNC in 2002. Watters, Veasey's fellow classmate and long-time friend, has seen her own share of success on the stage. Her Broadway credits include West Side Story, Sister Act and The Cher Show.  While the pair has checked off some major career goals, they've never forgotten where it all began. 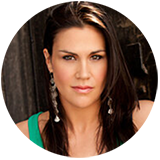 “We have been talking for years about wanting to create the opportunity for UNC students to really be abreast with how the industry is moving forward,” Watters said.

And like the popular song lyric in Rent says, there’s “no day but today” to do that, which is why Veasey is directing, and Watters is choreographing the said production staring current UNC students.

“It’s exciting for us to be able to have this opportunity to put together a piece while giving students the opportunity to ask questions since we’ve had the pleasure and honor and worked really hard to create some great career paths,” Watters said.

For two weeks, Watters returned to her old creative stomping grounds to teach the student performers all of the numbers, and since then has been checking in on the progress through Zoom. Watters is performing in the Broadway play Mrs. Doubtfire which previews the same day Rent opens at UNC’s Langworthy Theatre.

Watters’ experience in the industry is exactly why Veasey asked her to choreograph the show once he was asked to direct.

“I thought it was a really cool way to come back and impart some knowledge we’ve learned on the student body and be a conduit of helping bridge the gap between students and alumni,” Veasey said.

Above: UNC students rehearsing the production of Rent

Along with teaching technique and professionalism to the students who, for many, haven’t been able to stand on a stage for months due to the COVID-19 pandemic, Veasey also taught them about everything New York.

“In rehearsals, I’m constantly talking about how to get a restaurant job, or how auditions work, what is expected and what isn’t anymore so they aren’t traumatized by the experience,” Veasey said.

Knowing that multiple alumni have succeeded on Broadway is one of the reasons why junior Jordyn Good chose to come to UNC. She is taking on the stage manager role for Rent, organizing all practical and technical aspects of the rehearsals and shows.

“Working with people who have graduated from here and now are working in the industry is a big push to continue what I'm doing,” Good said. “Getting the positive feedback from them and hearing their critiques and ways that I could further improve, but also that I'm at such a great spot, is such a helpful push of motivation.”

This is Good’s first time working on a production at UNC. The Theatre Arts major’s goal is to be either a stage manager or a lighting designer for theatre productions.

“Rent has been a great learning experience for me because I’m getting a lot of feedback from my mentors and advisors,” Good said. “I also enjoy working with such a big collaboration because there are so many people who have their hands on the show from the cast members to the production team.”

Veasey and Watters remember the joy and progression of being involved in shows at UNC themselves. By returning to UNC, they hope to show students what's possible. It's something Veasey already sees them building on.

“The students are extremely talented, they are extremely passionate and they are really good at advocating for each other and that’s really important in a rehearsal space,” Veasey said.

“I feel like it’s really valuable for them, so I’m excited to provide this at UNC,” Watters added. “We can be that community and lifeline for the students.”

Veasey, Watters and the students put their own flair on the classic production with an 80’s theme. Veasey said the show is one he would have loved to be a part of when he was a student at UNC.

“I’m really excited for people to see a show that they know and love that feels a little bit different. It feels refreshed and revived,” Veasey said.