The way pathogens evolve make it inevitable that a variation such as the SARS-CoV-2 strain of coronavirus will lead to pandemics, says Gregory DeKrey. 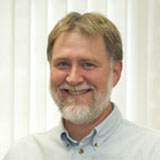 The UNC associate professor of Biological Sciences, who studies and teaches immunology, likens pandemics to earthquakes.

“Eventually a big one is inevitable, but they’re really hard to predict when they might occur,” he said.

Like earthquakes, worldwide monitoring of infectious diseases occurs. As an example, there are well-organized efforts each year to get ahead of influenza with annual vaccines. Bracing for new and emerging variants of pathogens, though, is not only difficult but costly with limited funding available.

Researchers continually cull from existing open databases, such as Harvard's Personal Genome Project that anyone can participate in, for studies that include better understanding diseases and resistance to them. A similar effort in studying immunity is under way with COVID-19.

“Some people get infected and they know it because they get sick. They can quarantine and reduce the spread to others. The most scary population is the one that shows no symptoms, shedding the virus that can infect other people,” DeKrey said.

That is part of the rationale for social distancing and the stay-at-home orders that have changed the way of life. Testing for early detection would aid immensely.

“If we can identify people infected, we can provide guidance that they should isolate so as not to infect others,” DeKrey said. “Our insufficient capacity to do testing ultimately leads to a group walking around the world ignorant that they’re spreading the disease.”

Testing can confirm the presence of virus in a person or of antibodies that neutralize the virus. Tests can even detect if the individual previously had the illness. In the absence of testing, social distancing becomes the “crude method” that works only if contact ceases — thus the emergence of those stay-at-home orders issued by states.

As for building immunity with vaccines being developed, the jury is still out.

“One potential scenario is, like influenza, it’s possible once people become exposed and immune, they may have memory and resistance to reinfection by the virus again,” DeKrey said. “There’s some uncertainty that memory will be 100-percent effective, with some evidence in literature that a really good memory response is lacking for some coronaviruses. If that occurs, scenarios are more oblique, with the potential that people could lose immunity over time and be susceptible to reinfection.”

It’s still too early to tell how effective a vaccine will be once it becomes available, DeKrey said.

“We could get lucky and the vaccine could be curative,” he said. “In that scenario, we would actually be looking at something like measles, one of the medical miracles of the past 100 years. With vaccination, incidence of measles went to zero and was considered eradicated in the U.S. before some people stopped getting immunizations.”

While the uncertainty of it all can lead to frustration and anxiety, self-education is key, as is following guidance to flatten the curve.

“There’s a lot of information out there, some reliable, some not,” DeKrey said. “I encourage anyone to seek out medical authorities for information, to avoid non-recognized medical authorities. The experts here are the National Institutes of Health, the Centers for Disease Control and Prevention, and the World Health Organization.”