Mentors Who Make a Difference 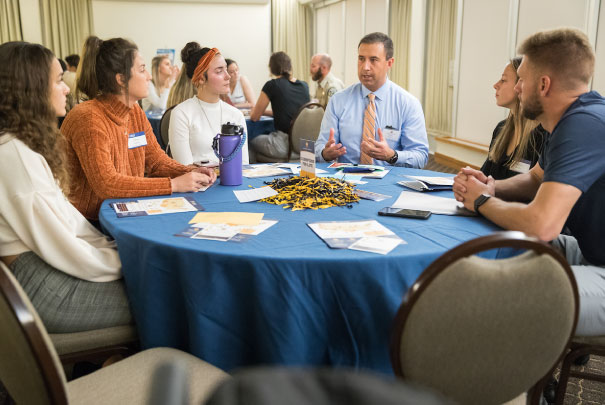 Zaya Thompson ‘14 was always good with money. A saver by nature, ever since earning her first dollar, Zaya’s parents suggested she explore a career in finance – a career she chose to pursue at UNC.

“I declared the major, went to work at a bank my first year and figured out that banking wasn’t the right fit. It was just a job,” Zaya recalls. “I actually went to the UNC job and internship fair at the end of my freshman year and found my path to my current position that way.” 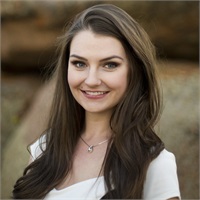 Recruited to work for Certified Financial Planner John Roessig, Zaya got a taste of owning her own business. A business focused on more than just money.

“I like the people side of business and helping people figure out how to navigate everything financially. It’s the more emotional and psychological side of business, rather than just the number crunching,” Zaya says. “John brought me in on client appointments, I got to know them and he encouraged me get some of the licensing while still in school.”

Those experiences gave her a true taste of life as a financial planner. A life she realized was the perfect fit.

“One random day I just had this epiphany and said, ‘you know, I think I can do this,’” Zaya says. “I think just really having that mentor and getting to see how he ran his business, that made a world of difference.”

After three years interning with John, Zaya decided to continue working with his company after graduation. A few years later they branched off and started Millennium Financial.

“We partnered up, just the two of us and since we’ve been here over the last four years, we decided it would be great to get some interns,” Zaya says.

Since then, she’s been serving as a mentor, helping fellow Bears get a taste of the real world in hopes of passing on the invaluable experience she received with John.

“I’m helping them get their hours, having them sit in on appointments to listen in and give them the business-world exposure. I think it’s so necessary,” Zaya says. “If I didn’t have it, I don’t know where I’d be or how happy I would be in life right now. I just want to show other students that being a business owner is a viable option.”

Zaya’s proud to be giving back to her fellow Bears and she ultimately hopes the exposure and experience they gain with her will help them find that path to success, just like she did.

“I can see where a lot of employers might think they don’t have the time, or they just don’t care to do it, but the interns are always happy to help out,” Zaya says. “I think it’s fun having another young person around just for a few hours a week and giving them a glimpse into our world. It feels great. I want to give them that same opportunity and exposure to something new that I once got.”