DeAndre Smith, a junior Communication Studies major and Nutrition minor at the University of Northern Colorado, has another pastime outside of school as an award-winning chef where he is known as, Chef Cool Dre.

He has won two awards, participated in several cooking competitions and even created his own catering business, which is known as Cool Dre’s LLC located in Denver and Greeley. His style of cooking is southern, Cajun and Vietnamese cuisines.

“I’ve cooked on ABC’s ‘The Chew,’ and that was my actual first competition,’” Smith said. “I was chosen as one out of 20 in the nation, had the opportunity to go to Manhattan and cook live on T.V. where they shot six, 15-minute-long episodes and aired them. My mentor, at the time, was Chef Fabio, a celebrity chef.”

Above Images: From left to right: Smith in an interview the day before the Chicago O'Hare Airport competition.

Chef Smith with the winning plate at the HMSHost competition.

Final plating of desserts at the ChefsRoll Competition at Pikes Place Market.

One of the HMSHost-operated restaurants in the Chicago O’Hare airport featured his winning dish on their menu by turning his dish into a sandwich for travelers to easily enjoy.

With Chef Cool Dre’s Catering Business, Smith sells Sunday meals to individuals and travels when hired to cater at events. Smith creates a menu the week before and sends it out via social media. If people want an order of the menu, they can place an order with him. He usually cooks by himself with an average event lasting between three to eight hours. His favorite event that he cooked for was for a Shinedown and Papa Roach concert.

Smith creates his own recipes by thinking of any food items that could work together. His favorite recipes to make include anything Cajun or involving seafood, and his favorite spice blends include salt, pepper, cayenne, garlic powder and onion powder, or anything from Spiceology.

A Family History of Cooking

Smith was introduced to cooking as a child by his grandfather prior to his first professional cooking career in a hotel after graduating Gateway High School in Aurora. He said the first time he started to cook, his grandfather showed him how to make bacon and easy-over eggs for breakfast. Smith went through the whole carton of eggs before he got it right.

In 2015, Smith worked at the Denver Federal Reserve, which is a private institution where they cook for employees and high-end catering events. Smith got his nickname, “Chef Cool Dre,’’ from his coworkers who teased and called him ‘cool’ when he tried to make new dishes.

Smith also cooked for the Colorado Eagles at the Budweiser Event Center from September 2018 through April 2019.

Smith has several goals for his future after graduating from UNC including owning his own T.V. show, traveling the world, getting a master’s in business management as well as opening his own restaurant.

“I want to eventually get to a point where I can write my own cookbooks and e-books and have a T.V. show that allows people to try the recipes at home,” Smith said.

Smith plans to call his restaurant “Ruben Brown,” named after his grandfather who first taught him how to cook and wants to open it in either San Diego or Dallas. 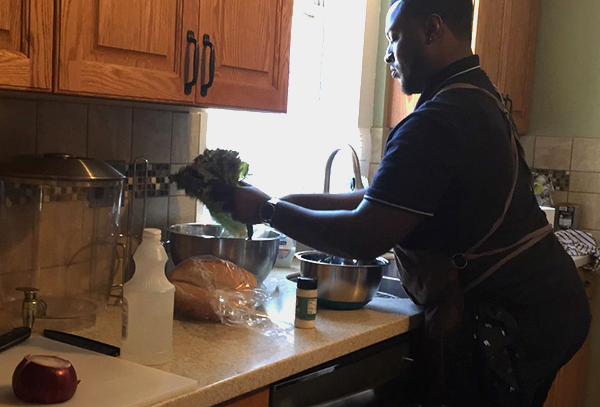 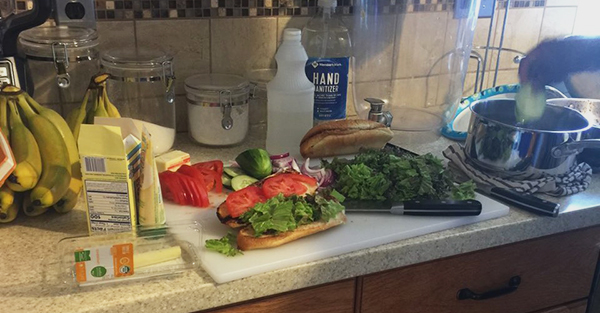 His advice for anyone interested in following his footsteps: It’s OK not to know everything, and good things come to those who wait.

He never imagined doors opening the way they did for him and said he owes a lot to his family, especially his grandmother, who encouraged him to chase his dreams.

Students on campus have the ability to taste Smith's food at the Marcus Garvey Cultural Center, the African Students United club, the Black Student Union and other places.

Smith can be reached by email at chefcooldre3@gmail.com or by phone at 720-422-3560. Follow him as he continues his cooking journey on Instagram (@chefcooldre).