The following were published during the 2018-19 academic year by University of Northern Colorado faculty:

UNC Professor of History Steven Seegel, Ph.D., authored the book, Map Men, that was released earlier this year. Seegel follows the public and private lives of five mapmakers who interacted with and influenced each other as they began defining and redefining borders, nations and territories in East Central Europe. Map Men is an in-depth biography of these five men’s lives and the historical dramas that unfolded as the map of East Central Europe was drawn and redrawn due to continued wars and revolutions. Seegel investigates the causes and consequences of the world wars, the rise of Nazism and Stalinism, and the reasons East Central Europe became the fault line of these world-changing developments. Since the book’s release, Seegel has given numerous talks at universities across North America including the University of Toronto, Harvard and Stanford. Seegel is also scheduled to speak at Boston Map Society and the Rocky Mountain Map Society this fall.

UNC Assistant Professor of Leadership Policy and Studies Michael Ian Cohen, Ed.D., has co-authored the book, The New Democratic Professional in Education. The book examines how the privatization of public education reshapes the professional identities of teachers and school leaders. The authors present a vision for the new democratic professional that is grounded in participatory communities of practice as well as advocacy for input from school communities.

The book features experiences from both authors during their time as K-12 practitioners and time spent as faculty at their respective universities. 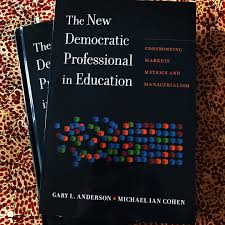 "With this book, Anderson and Cohen have given a true gift to educational practitioners and scholars.” Tina Trujillo, University of California, Berkeley

Faculty, if you release a book in the 2018-19 school year. Please submit a description of the book and title to uncnews.service@unco.edu.