The University of Northern Colorado held its 129th spring commencement ceremonies Friday, May 3, at Bank of Colorado Arena in Butler-Hancock Athletic Center, and Saturday, May 4, at Nottingham Field, with about 1,600 expected graduates.

About 450 candidates earned advanced degrees during the graduate ceremony, which started at 7 p.m. Friday, May 3.

The graduate student speaker was Jessica Kirby, who graduated with her doctorate from the School of Sport and Exercise Science with an emphasis in social psychology of sport and physical activity. Her research focuses on developing social connection through physical activity to enhance well-being.

The keynote speaker was UNC graduate Ed Werder, an award-winning journalist who’s covered the National Football League for 35 years including a total of 32 Super Bowls for ESPN and Westwood One national radio.

About the 2019 Graduating Class: 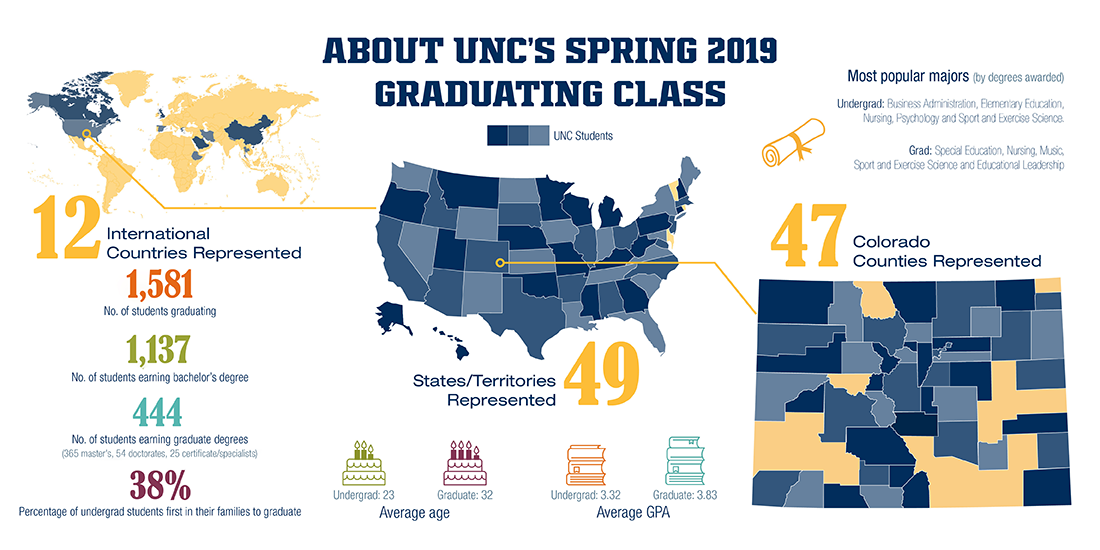 View a larger version of the infographic (PDF)

Updated as of May 7, 2019. Updates are made on a weekly basis until exact numbers are finalized. Degrees yet to be conferred for spring 2019.