A Song of Ice and Fire: Class Dives into “Game of Thrones” 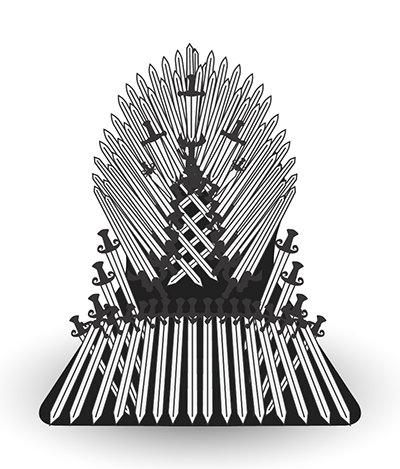 Imagine dissecting George R. R. Martin’s “Game of Thrones” in a classroom setting: Seven Kingdoms, the Wall, Lannister family and more. This sounds like the perfect class for die-hard fans, and this dream-come-true is offered through the “Contemporary Arts Connection” class taught by Kristin Bovaird-Abbo, an English associate professor at the University of Northern Colorado.

By taking the class, students become more aware of how pop culture pervades everything from television to fashion, events and more.

“So often we think of pop culture as something frivolous that we do on our own time, but so many things in our day-to-day lives are influenced by the shows we watch, the music we listen to and so on,” said Bovaird-Abbo.

The class focuses on widely popular novels and television series but also dives deep into historical and literary sources ranging from the legends of King Arthur, stories of medieval werewolves and outlaws, Celtic mythology, Norse sagas and critical articles to help students explore the works of Martin through different lenses.

“Throughout the semester, I assign short readings where students get to explore a historical figure or event. But a lot of our exploration is in class discussion about topics like Hadrian's Wall, which was Martin’s primary inspiration for the Wall in “Game of Thrones”,” she said.

Students also compare parts of the book to the television series and graphic novels, then immersed themselves in the story in different ways, including:

“When we look at our reactions, we can learn about who we are and what we value, and from there, explore where those values are coming from — be it church, parents, movies or any number of things,” said Bovaird-Abbo.

To show students the impact pop culture can have, a cosplay event, “Embracing the World of Esteros through Cosplay” was held in late March. The event was sponsored by the Neal Cross Lecture Series and Office of Undergraduate Research with around 70 people attending the event. Professional cosplayer and UNC alumna Ginny Di attended the event as “Game of Thrones” character Arya Stark. 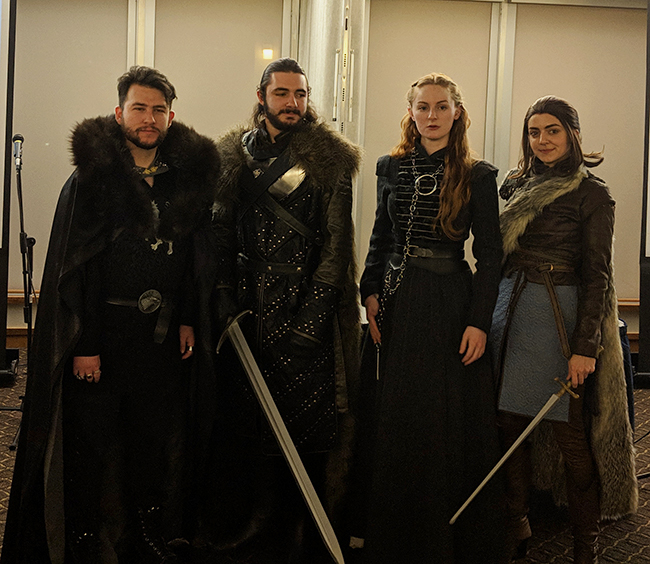 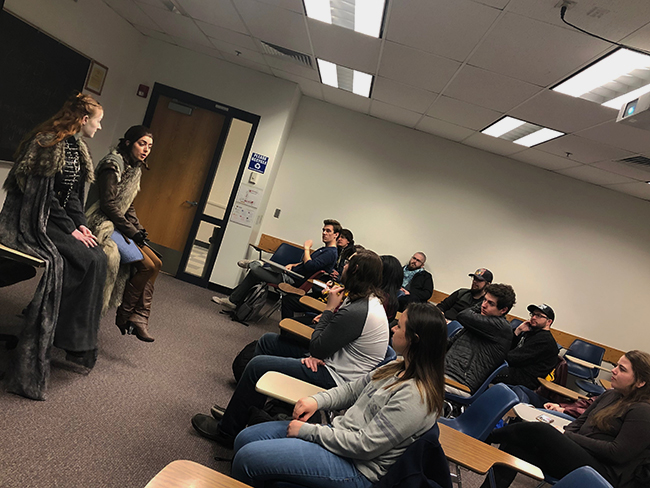 Postal, dressed as Sansa Stark, and Diguiseppi, dressed as Arya Stark, talk to the English class about cosplay and “Game of Thrones.”

Themed-classes are becoming more common on campuses around the country as colleges look to utilize pop culture and offer courses that engage students while they learn valuable skills.

This class, MIND 288, changes topics and professors often, so Bovaird-Abbo isn’t sure when she’ll teach it again, but with her enthusiasm for the subject matter, she’s always happy to talk with students about Game of Thrones.

Learn more about the Life of the Mind classes at UNC: unco.edu/mind/explore