Making a House into a Home 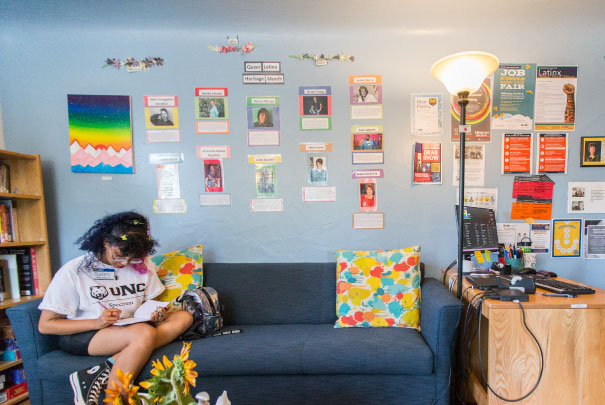 For many UNC students, success comes with finding a place on campus to call home. Whether it’s one of our seven cultural centers, a fraternity, sorority or other student organization, these communities are a place where students feel at ease; a place where they can grow and thrive.

“Because of the Gender and Sexuality Resource Center, I have learned to love and accept every part of myself,” says student Jose Hernandez. “It’s a space where I feel like I belong, like I matter and like my experiences are valid.”

But students at the Gender and Sexuality Resource Center (GSRC) haven’t always had a place to call their own.

“I’ve been thinking about some of the amazing alumni who I have met since I arrived here at UNC, and the stories they have told me about fighting for a space for our community since the 1970’s,” says Stephen Loveless, Director of the GSRC. “In 2017 we got that house, which is super exciting, but there’s a difference between a house and a home.”

Now, thanks to the generosity of one family – that house has truly become a home.

The Visit that Changed Everything

During a visit to campus in 2017, long time UNC supporters Bob and Bonnie Phelps made a stop at the Gender and Sexuality Resource Center. When Bonnie first set her eyes on the modest rooms, bare shelves and unfinished garage at the rear of the GSRC, she knew she had to help.

“I remember meeting Bob and Bonnie about 14 months ago,” President Andy Feinstein recalls. “I had them over at my house in San Jose for dinner, and I think even then Bonnie said, ‘I’m going to show you this garage I’ve had my eye on.’”

So, thanks Bob and Bonnie’s generosity (and Bonnie’s persistence,) after just a few short months that empty garage has been transformed into a unique multipurpose space, the home is fully furnished, and the shelves are stocked so students can comfortably gather together. 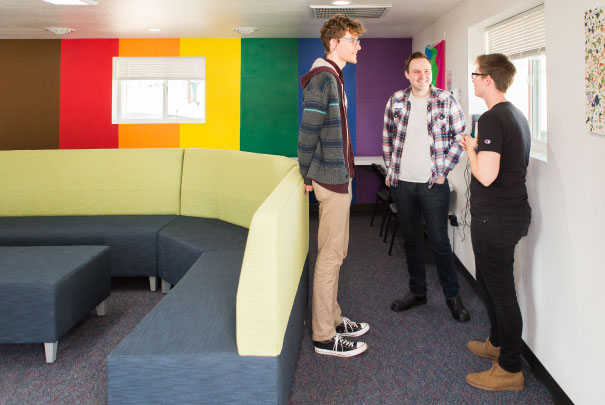 “I think the updates are amazing. It’s not often that you have an individual who is so incredibly invested in your well-being and success. Knowing that Bonnie would do anything for us, means the world,” Hernandez says. “The center creates this atmosphere of strength and advocacy that has empowered me to be myself in every space and that has allowed me to grow as an individual. I am a better person because of the center, and I owe that all to the staff and Bonnie. Without them, and other folks on campus, I truly think I would not be here. I would’ve slipped through the cracks and moved back home with my parents. But the house became my home away from home and I will forever be so thankful for that. I’m so thankful for my second family.” 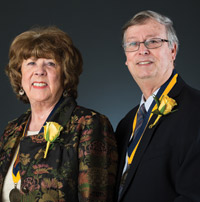 Regardless of where you look, it would be difficult to find two people more proud to be affiliated with the University of Northern Colorado than Bob and Bonnie Phelps. These two adopted Bears have been incredible advocates for the university which is why they were selected to receive the Honored Alumni Award as Honorary Alumni in 2016.

The Phelps have chosen to generously invest their money, time, and expertise into growing and enhancing the UNC experience for many of its students. Inspired by the impact a UNC education offered their son, Brian Phelps ’12 (BA-Communication Studies), the Phelps have become life-long supporters of UNC and its students.

Learn More About Their Impact