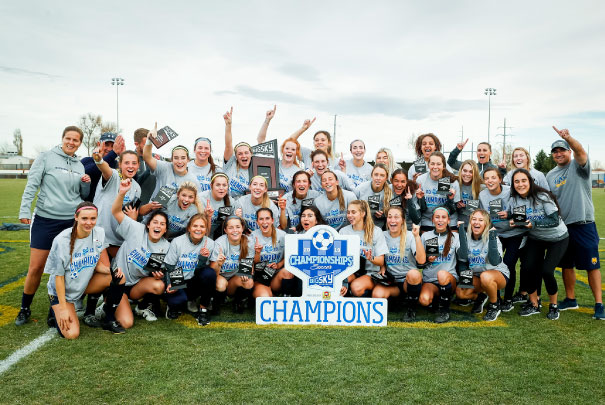 Northern Colorado soccer is the 2019 Big Sky Tournament Champion! UNC defeated Eastern Washington, 1-0, in the finals to claim their second conference tournament title in program history and advance to the NCAA Tournament.

Taylor Bray scored the game's only goal in the ninth minute on a throw-in from Maddie Barkow. After moving the ball up the field, UNC earned a throw-in from the right sideline. Barkow launched her flipping throw-in, delivering the ball into the box. Bray seized the opportunity and connected with the ball, sending it past the Eagles' Kelsee Winston.

The Bears will head to Boulder, Colo. to face The University of Colorado in the first round of the NCAA Tournament. That game will take place at Prentup Field on Saturday, November 16 at noon.

READ MORE ABOUT THE CHAMPIONSHIP GAME